TRENTON – Assemblyman John Wisniewski (D-19), co-chair of the Select Committee on Investigations looking into Bridgegate, said the GOP continues to try to come up with anything to distract from the committee’s unfinished work – including today’s exhortation by a Republican colleague to examine Jersey City Mayor Steve Fulop.

“You have a disgruntled, demoted employee making an allegation,” Wisniewski told PolitickerNJ. “This is a situation where someone comes forward, potentially someone with an ax to grind, and I don’t want to get in middle of that when our focus is on the George Washington Bridge investigation.”

Wisniewski said Bramnick’s and Handlin’s press releases do not alter the “uncomfortable” fact that former Christie Deputy Chief of Staff Bridget Kelly sent a message to Port Authority operative David Wildstein saying “time for traffic problems in Fort Lee,” to which the latter responded, “got it.”

The GOP’s response, says Wisniewski, is to “parry, dissemble, and turn attention to something other than the facts on any given week.”

“First it’s Newark, then it’s the mayor of Jersey City. I wish they’d make up their mind,” the co-chair said. “I’m just following the facts. I never expected the facts would lead to the governor’s office. For Republicans, it’s very uncomfortable and I appreciate their desire to change the topic.” 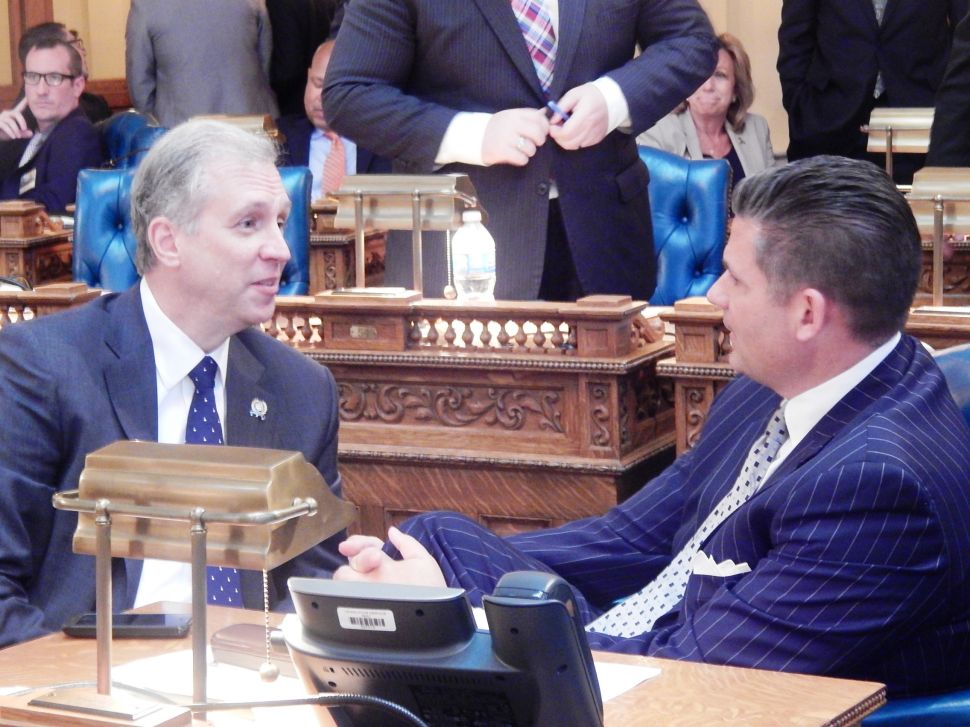