This week, Uber announced new promotional pricing for their least expensive fleet of New York City vehicles. Uber X vehicles are the most simple of the Uber fleet — smaller, non-luxury cars, such as Prius and Camry. While Uber X was already priced more reasonably than Uber and UberSUV vehicles, the twenty percent decrease in pricing makes the e-hailing service the cheapest in the city.

While they are certainly not the sleek black town cars some Uber users prefer, Uber X vehicles are generally as clean and well kept, if not more so, as a New York City yellow cab. Additionally, Uber drivers, in this reporter’s experience, are more wont to turn on the air conditioning than yellow cab drivers during brutal July days. Combined with the now lower fares, it seems Uber has created the perfect storm, and the city’s medallion managers would be shaking in their boots. Surprisingly, that is not the case.

Ethan Gerber, executive director of the Greater New York Taxi Association (GNYTA,) told Betabeat in a phone interview that yellow cab drivers and the GNYTA were not at all concerned about Uber’s price change. Mr. Gerber cites the promotional nature of the price decrease as the main reason. “Uber has already announced this is not a permanent thing.” Uber did not disclose how long the promotional pricing would last, saying only, “These prices are only in effect for a limited time. The more you ride, the more likely we can keep them this low!”

“We see this as a desperate attempt to penetrate this market in a way that is unsustainable. It is basically a publicity stunt, a short-term loss leader. It is meant to launch their market into a way that they haven’t been able to penetrate the yellow market yet,” said Mr. Gerber, “People like the street hail system, and they like seeing the metered rate. We don’t see this as a permeant attack.”

Rather than consider a price decrease for yellow and green cabs, the New York Taxi Limosuine Commission will work with GNYTA to offer their own e-hailing app, possibly as soon as four months from now. “As far as our own solutions, we consider what Uber and the other app systems to be doing as a challenge overall. We are working with the regulatory agency to create an app users can use, a universal app that will be regulated by the TLC. That way, you can hail yellow cabs, green cabs on your phone and still have a metered rate,” said Mr. Gerber, “If you need a wheelchair, you can choose this in the app. We think this is a good solution and just had a meeting this morning with TLC about this.”

Mr. Gerber also pointed out the issue of surge pricing. While Uber X is less expensive than a yellow cab when prices are standard, the  moment surge pricing takes affect, an Uber X ride will automatically be more than a yellow cab ride. Lyft co-founder and present John Zimmer felt similarly about Uber’s promotional pricing, telling TechCrunch, “What does a price decrease mean when there is 8-10x surge pricing? It’s classic bait and switch and consumers see through that.”

As for yellow cab drivers, two drivers, both of whom declined to have their names printed, agreed they would be happy to use an e-hailing app. They were unfamiliar with Uber X’s promotional pricing, but reported they had not seen a drop off in the number of picks up they made since the promotion began on Monday. Another yellow cab driver, Mr. Abad Ali, noted he thought the Uber X pricing was “silly” because of its ephemeral nature. 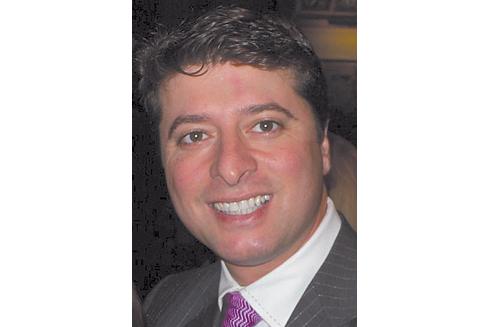