Nancy Pelosi had acknowledged the obvious this week. They keep emailing.

The email’s subject line was apropos: “We keep emailing.”

In the heat of campaign season, emails begging for cash are bombarding inboxes with ever increasing frequency. No politico or donor is safe from the barrage, which is either highly effective or incredibly alienating, depending on who is asked.

“I must have gotten 20 emails already today,” one well-connected Democrat groused to the Observer on a recent early morning. “And I signed up for none of them,”

Indeed, fund-raising emails with subjects like “too much at stake,” “all hope is lost,” and “quick question” have been clogging inboxes, leading many recipients, at least according to their own accounts, to trash them before reading. With campaigns harvesting more email addresses and using many of the same sophisticated targeting techniques that made the Obama presidential campaign so successful–it’s not uncommon any longer for non-presidential campaigns to segregate lists by race, neighborhood and other indicators to craft specified fund-raising appeals–the emails, with their dire, pleading or even bubbly rhetoric, are here to stay.

“The fact of the matter is sending out lots of fund-raising emails works and works incredibly well for raising money,” said Michael Spitzer-Rubenstein, a digital strategy consultant who recently crafted successful fund-raising pitches for Congressman Charlie Rangel’s re-election bid. “You need to ask people to donate money. Very few people unprompted are going to a campaign website to donate money.”

The campaign blasted out about 100 emails from the end of February to Election Day on June 24, Mr. Spitzer-Rubenstein said. Rather than tout the threat posed by Mr. Espaillat, a contender many pundits thought could topple Mr. Rangel, the campaign decided that the most effective fund-raising emails would need to conjure up a more well-known enemy.

“Having an enemy of some sort gets people excited and the difficult part of that is enemies have to be real and believable,” Mr. Spitzer-Rubenstein added. “I’d say in a lot of ways it’s easier to do fund-raising emails for candidates with something of a national appeal. In congressional races, everyone knows about the Tea Party, everyone cares about it.”

What works best, consultants say, is an emotional appeal. Playing on fear is typically effective. Before a recent fund-raising deadline, DCCC emails had subject lines like “DOOMED and “TRAGIC conclusion.”

Emails that lack any compelling, bite-sized narrative won’t bring in the big bucks. Don’t bother name-dropping, either, if you don’t have a big-name surrogate asking for money, consultants say.

It’s also generally assumed among consultants that the odds are incredibly low that any one email will lead to a donation. Hence the quantity sent out.

“I mean, it’s free,” said Jerry Skurnik, a Democratic consultant often asked for cash. “The economics of email is such that it basically doesn’t cost you anything to send it out. It’s hard to resist doing it.”

The reason many donors end up on lists they never subscribed to–a repeated complaint in the past few years–is that campaigns will readily swap lists with each other, a taboo practice that nevertheless is not uncommon. An ambitious finance director, campaign veterans say, can also amass contacts from one campaign and use them on another bid later on.

All of this leads to a perfect storm of email–and a New York Democrat finding out that Democrats in Pennsylvania or Oregon really want money too. Consultants are united in their belief that fund-raising emails work, but whether the technique will be a permanent part of the campaign landscape is not guaranteed–especially as technologies continue to evolve.

“At some point this becomes very, very old,” said David Birdsell, dean of the Baruch College School of Public Affairs. “There’s enthusiasm that greets every new medium and jadedness that greets its persistence.” 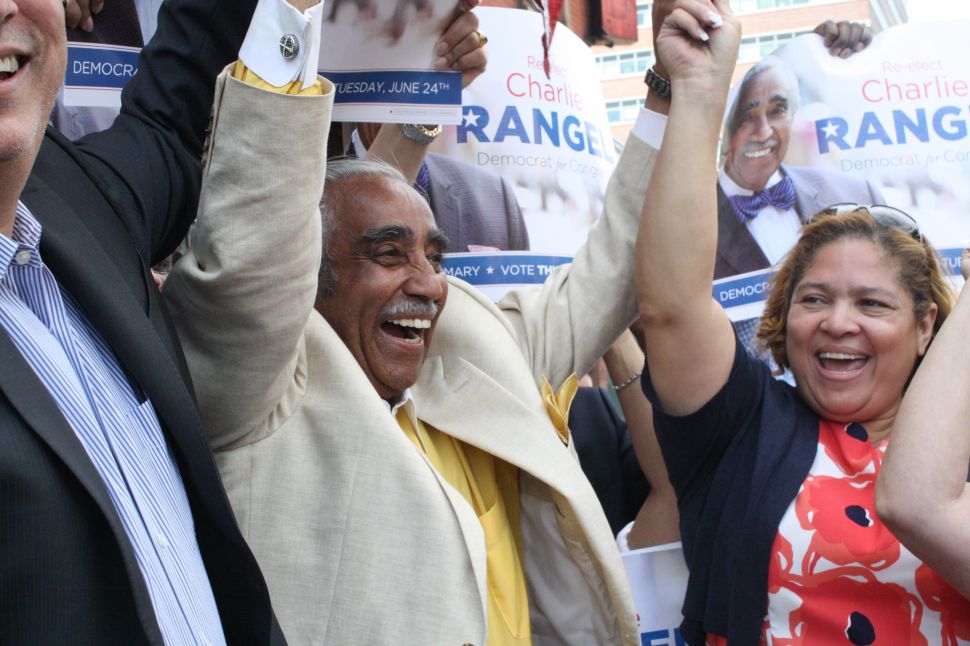