The lengthy report, which detailed how Mr. Cuomo and his top aides repeatedly interfered with an anti-corruption commission he created and later disbanded, inspired the Fordham University professor to call for the governor’s head.

“Today’s revelations in The New York Times are deeply disturbing. If Gov. Andrew Cuomo directed or even knew that his top aide was obstructing and interfering with the Moreland Commission, he should immediately resign,” Ms. Teachout said in a statement.

Ms. Teachout argued that Mr. Cuomo’s hobbling of the Moreland Commission–investigations were withdrawn when the targets had ties to the governor, according to the newspaper–was more offensive than Eliot Spitzer’s prostitution scandal. Mr. Spitzer, the former governor, swiftly resigned in 2008 after he was caught patronizing prostitutes.

She added, “The Cuomo administration’s handling of the Moreland Commission distills what plagues our democracy: a special class of insiders in Albany, connected through financial and political clout, have immunized themselves from the law. Gov. Cuomo has taken this corruption and elevated it to new levels.”

Ms. Teachout, along with Republican gubernatorial candidate Rob Astorino, has repeatedly assailed Mr. Cuomo for running a corrupt administration. The two candidates even teamed up at a press conference yesterday to knock Mr. Cuomo’s handling of the Moreland Commission.

Mr. Cuomo, well ahead of both in the polls and fundraising, has ignored them both. It is highly unlikely he’ll heed Ms. Teachout’s call.

A spokesman for the governor’s campaign did not immediately return a request for comment. 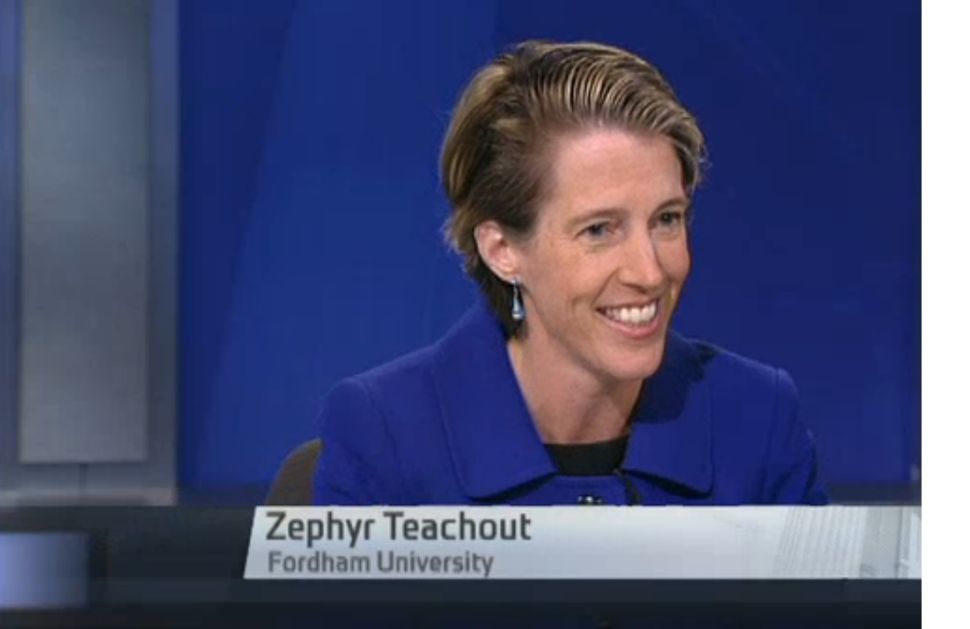