2 Iron Men, a Spider-Man, and an Elmo were arrested in Times Square over the weekend for disorderly conduct and aggressive panhandling, the New York Post reports. Because with great power comes great not-being-a-jerk, you guys.

All this happened mere hours after NYPD officers started to hand out fliers to the plethora of tourists who occupy Times Square, stating that “photos with costumed characters are free. Tipping is optional.”

It’s no news that costumed Times Square characters have been feeling the heat lately, and the city is looking into making legislation that would require them to get permits. This action can’t come soon enough–it’s only a matter of time before they unite into a super powered coalition and exact their vengeance. The clock is ticking here, people. 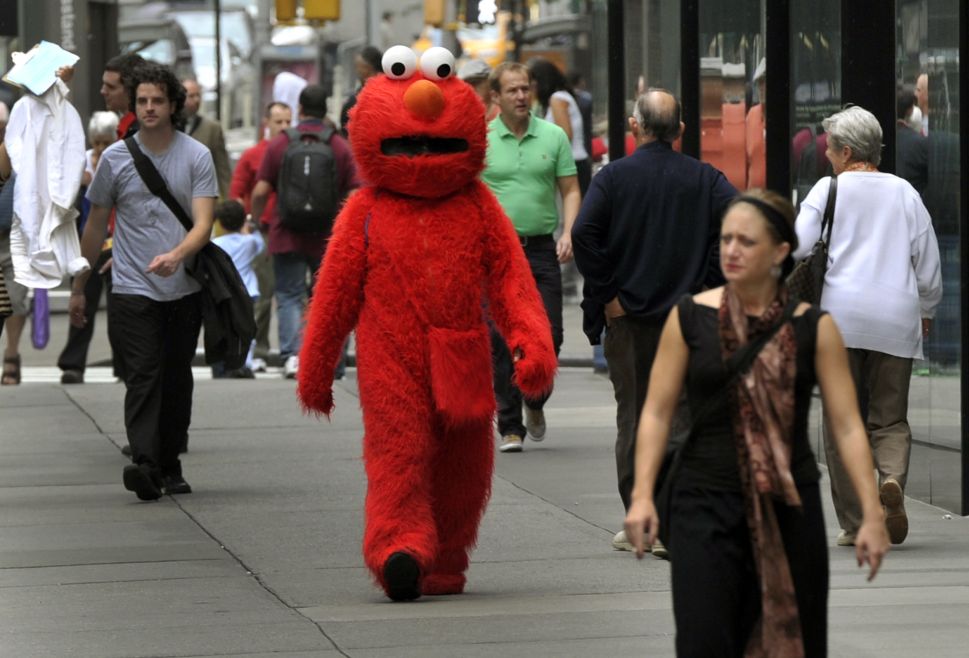