Russell Brand is not a “moral idiot.”

Let me start by saying this: I have taken drugs. Sorry, Mom, but it’s true. I have. Some in high school (yes, you were right to be suspicious), some in college, and some since. (Note: Less since; don’t get the wrong idea.) But even if I had taken mind-altering dosages of LSD, enough to rival the Merry Pranksters in their heyday, none of that would be reason to call me a “moral idiot,” the term you level at Russell Brand in the aftermath of his weighing in on the situation in Israel/Gaza.

In your article, you go after Mr. Brand for a video in which the actor and comedian dissects a segment on Fox News that features anchor Sean Hannity bullying a Palestinian guest. And really, there’s no debate on that matter—the guest was bullied. Watch the video and decide for yourself, if you like. Frankly, Mr. Brand isn’t wrong to point out the sad state of what passes for media dialogue in this country, by poking fun at an overly politicized cable news echo chamber-cum-TV program that accepts finger-pointing as interview technique.

And look, Rabbi, I think we can all agree that Sean Hannity is an asshole. That’s not breaking news.

Of course, if Mr. Brand were just attacking the Fox News anchor, I’m sure you wouldn’t have spent 800-plus words on the British entertainer. Which, of course, brings us to Israel. But what doesn’t these days?

Honestly, I’m used to the crosstalk at this point. I have as many “pro-Israel” Facebook friends as I do “pro-Palestinian” Facebook friends, and based on the links that have replaced the once-annoying, now-deeply-missed photos of friends’ farting infants, you’d think these two groups were describing two wholly different situations, not two sides of the same coin. So it’s no surprise that you would disagree with Mr. Brand. Hell—wait, do we believe in Hell? It’s been a while since I went to day school, and don’t forget: I took drugs—I disagree with him, too.

As a Jew (which I am), and as a supporter of Israel’s right to exist (which I also am), it is hard not to react angrily when I hear someone, anyone—whether he makes his living in Hollywood or in Tarrytown—call for a boycott of The Jewish State. It feels hurtful. It feels close to home. And as a Jew who has experienced personal instances of bigotry first-hand, it feels like anti-Semitism. But it’s not.

Many years ago, I worked as the editor of a Jewish newspaper in Boston, and I cringed over readers and writers who equated criticism of Israel with anti-Semitism. It is a crutch argument, no more compelling than saying that those who were against the Iraq war didn’t support the troops and hated freedom. Reality, like the situation in Israel/Gaza, is layered with nuance that many, on both sides, seem reluctant to admit. I find this black-and-white, good-versus-evil narrative—even when the term “anti-Semitism” isn’t specifically invoked—particularly surprising and disheartening, given our people’s reputed appreciation for subtlety, as evidenced by the phrase “two Jews, three opinions.”

Mr. Brand may not have all of his facts straight—and then again, he may; I try not to click any links on my Facebook feed these days, unless I want to discover which type of Pokémon best fits my personality—but he’s not an idiot, and shouldn’t be so quickly dismissed. Unlike so many—WAY too many—people, he is not disconnected from the world, pretending that other people’s problems don’t exist. Sure, his views may be radical—by which I don’t mean the word as slang, but in its more traditional definition: to address the root of a problem—but they’re not radical chic.

I have seen interviewers like Jeremy Paxman try to size him up and take him down. But he does not topple so easily. Perhaps his years of drug use have given him super-human balance. Or perhaps it was all that masturbating. Or maybe, just maybe, his beliefs aren’t some accessory he wears like a scarf. And in my mind, Rabbi, to dismiss a fellow human who wants to repair the world—tikkun olam is the term, I believe—even if his worldview doesn’t neatly conform to one’s own, seems not just hypocritical, but downright shameful, especially when stumbling into the territory of unrelated personal attacks and name-calling.

Besides, is he so wrong to point out that a discussion of “terrorism” can indeed be semantic, when as he puts it, “the side with inferior resources has to use more desperate tactics”? Jewish bands of fighters certainly embraced “more desperate tactics” before the establishment of Israel in 1948. And is he so wrong to call Palestinians “displaced persons”? According to the UN, more than 200,000 citizens in Gaza have been displaced in UNRWA shelters by the fighting. Is that not a humanitarian concern? Even if you are a supporter of Israel?

But really, I’d rather not wade into “facts.” I spent too many years checking facts for a living, and facts are murky and can be made to dance—especially when they’re being screamed. 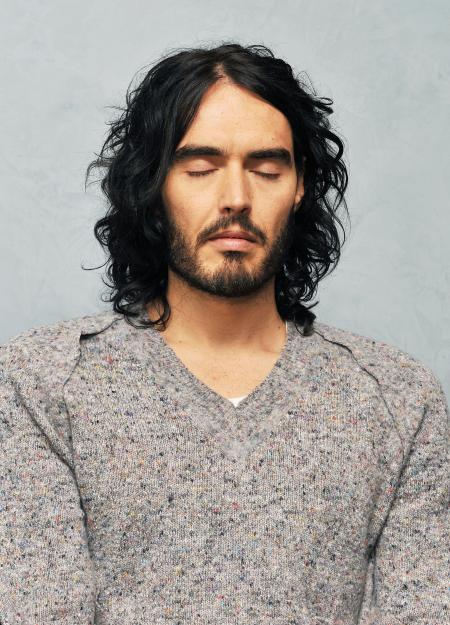