“It makes me want to drive a Lexus,” Katie Holmes cooed at the close of the opening remarks made at last night’s Lexus Short Films premiere sponsored by Lexus, made possible by Lexus, and smothered in Lexus everything.

The two short films, created by Jon Goldman and Satsuki Okawa, showcased stories of unrequited love, and also just happened showcased a new model in the sponsor’s 2015 line-up of automobiles. Branding aside though, Katie Holmes was on site as one of the mentors who assisted the two filmmakers in their creative process. Harvey Weinstein and directors Phillip Noyce, Justin Chadwick, Simon Curtis, and Antoine Fuqua played a similar role.

The true draw for guests was to catch a glance of Holmes (who had not been seen in full red carpet regalia since The Met Ball) and to get a sneak peek at her new film, The Giver, out next week. The trailer reeks of summer blockbuster greatness, and ticks off all the boxes in the angsty post-apocalytic novel-cum-film craze (See also: The Hunger Games, Divergent, Snow-Piercer). Holmes thinks the movie’s for everyone though. “I think it’s a film for audiences as young as ten and up to eighty and beyond,” she said on the red carpet, “It’s a great story about life and an incredible journey. Everyone’s going to enjoy it.” 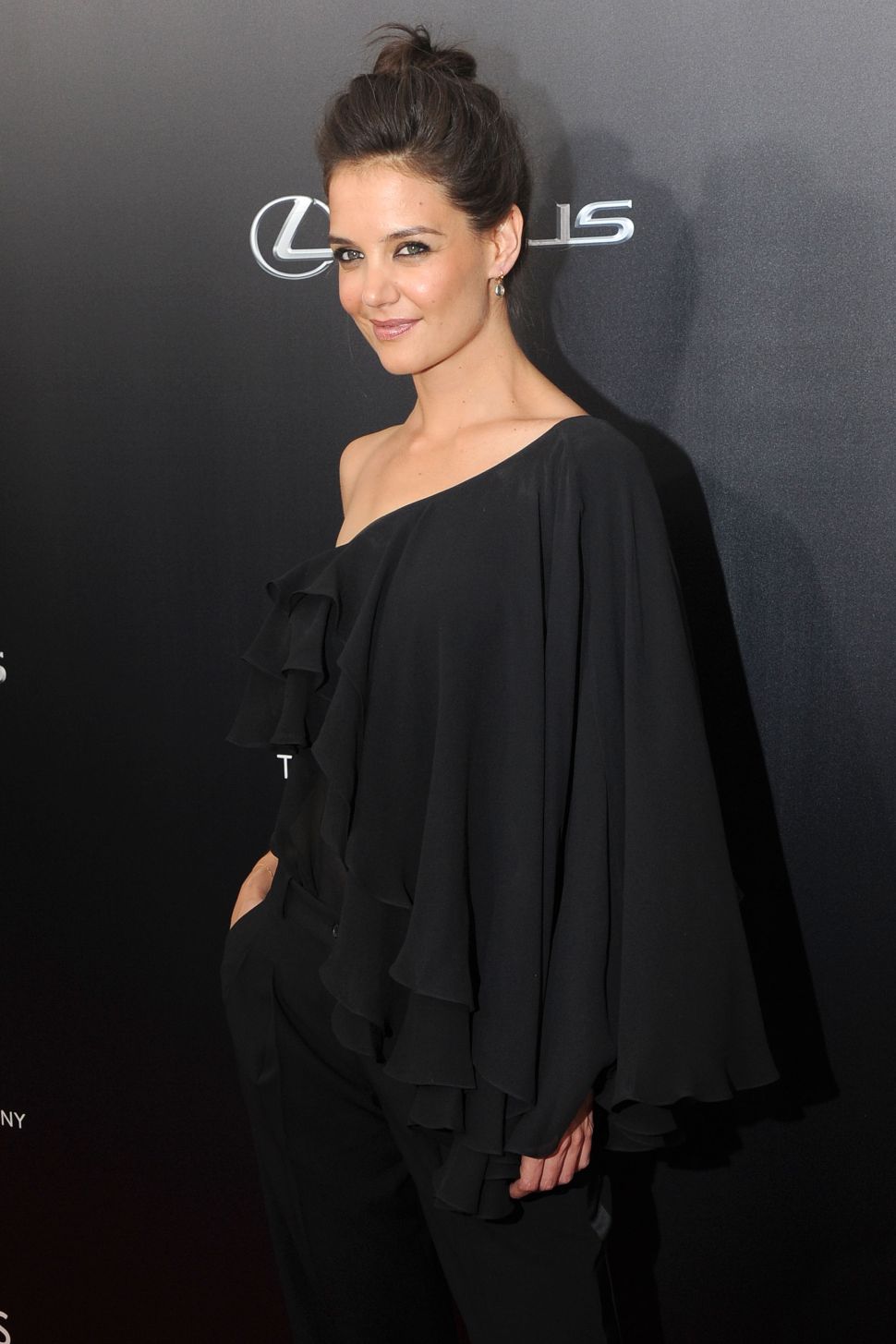