We all have questions, and these days, it’s the masses on the Internet that we go to for answers. Crowd-sourced Wikipedia is allegedly replacing our need to remember anything and social networks are many kids’ first destination for feedback. And after all, the most visited site of all time is really just a giant question answering engine.

Pyne is a new app that sends your pressing questions right to the thousands of other anonymous Pyne users, who are a sample of all different ages, locations and backgrounds. It’s a sleek new contender — and likely the most addictive — among a number of new apps that ask the crowd to weigh in on our pressing issues or odd opinions.

“The motivation for posting to Facebook or Twitter is ultimately that you want feedback,” Pyne Cofounder Tony Peccatiello told Betabeat.

Pyne continues to put question after question in front of you, the same way Tinder forces you to decide on someone instead of letting you browse lazily around a site like OkCupid or Match.

Pyne is simple. You open the app and it asks you multiple choice questions that range from the incredibly serious to simple solicitations for advice — everything from “Should I wear this outfit on a date?” with a picture included, to “Should the U.S. put soldiers on the ground in Ukraine?” Then you can see what percentage of people answered a question in what way, and submit your own questions to the crowd if you need something answered yourself.

It’s addictive to answer question after question and a bit thrilling adding your own inquiries into the mix and watch the answers roll in quickly after. The New York Times likened it to something between Buzzfeed Quizzes and Tinder, comparisons that Mr. Peccatiello doesn’t find terribly flattering, but put him in pretty good company in terms of viral success.

But Pyne’s real competition isn’t either of those, but Quora. Quora has become a go-to source to find answers to pressing questions of any kind, largely because voices of great authority are now present on the platform to answer them.

Quora operates on a very different philosophym from Pyne: that instead of the crowd being correct in aggregate, a single voice should rise through upvoting to represent the best answer. The rise of web platforms that allow masses to communicate and come to consensus like Reddit and Quora, have created opposing ideologies with corresponding buzzwords, the “thought leaders” versus the advocates for “crowd wisdom.”

On either side of the debate are journalists like James Surowiecki and digital futurists like Jaron Lanier, who have written bestsellers railing for or against the power of crowd wisdom, Web 2.0 ideologies and platitudes like “information wants to be free.” But Mr. Peccatiello says that each service — one that polls the crowd, and another to source the “best” answers — has its purpose, and that neither are the ideal model. He says it’s the divide between subjective and objective information.

One of the great dangers of leaning on crowdsourcing even for subjective information is that the crowd will reiterate commonly held beliefs that are harmful or false. You know, little things like “going into public with wet hair can get you sick” or “the world is flat.” Dozens of examples from history and countless quote cards on Pinterest will tell you that singularly strong voices speaking against the tide of popular opinion often have the best ideas.

But really, Pyne shines in a place that’s neither subjective or objective, but relative — when the app helps you answer the simple question of, “How different am I than everyone else?” You end up learning about yourself in the process: it’s one thing to find out on Pyne that most people wet their toothbrush before and after adding toothpaste, and another to realize that you’re not even sure how you do it yourself until you’re asked.

“A meaningful question can make you think about why you’re answering,” Mr. Peccatiello said.

Those tiny revelations, one after the other, is part of what makes Pyne so addictive, and why it’s picking up steam. Pyne launched in June, and is racking up thousands of users through referrals and a touch of media attention. Mr. Peccatiello is trying to build up the app and its user base without have to “buy” users with advertising.

As of this morning, Mr. Peccatiello is adding categories to Pyne to help direct people to questions they might want to answer. But these are perilous waters for an app that relies on a diverse crowd, and dividing up a community exposes a site or app to the possibility of becoming a cesspool of Internet trolling or, worse, Yahoo! Answers.

But Mr. Peccatiello is certain categories will help people find better answers faster, not to mention foster their addiction to filling out poll after poll. He’s not worried about his crowd becoming a mob. 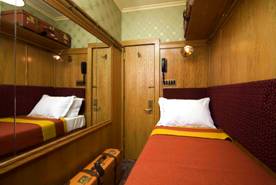