Mr. Rivera, Bronx lawmaker, is facing an aggressive primary challenge from Mr. Cabrera, a socially conservative councilman who was once a Republican.

“Gustavo Rivera is a prime example of principled, progressive leadership that delivers on the issues that matter to working families in our city,” said Mr. de Blasio in a statement to the Observer. “From fighting for prison reform to supporting our push for universal pre-K in New York City, Senator Rivera’s work has made our communities and our lives better. I’m proud to call him my friend and ally, and look forward to continue working with him in the years to come.”

Mr. de Blasio’s endorsement is not exactly a surprise–Mr. Rivera is an incumbent Democrat who works closely with the Senate Democratic conference–but comes as the mayor also endorsed elected officials that Mr. Rivera has criticized in the past. Mr. de Blasio backed State Senator Jeffrey Klein, the leader of a breakaway faction of Democrats that govern the senate with the GOP, over challenger Oliver Koppell, who Mr. Rivera endorsed. Mr. de Blasio also endorsed State Senator Tony Avella, a member of the Independent Democratic Conference, over challenger John Liu.

Mr. Rivera has been one of the most outspoken critics of the IDC since it began a power-sharing agreement with the Republican Party that kept Democrats in the minority. Even after the IDC agreed to govern with the Democrats after the fall elections–a move Mr. de Blasio helped broker–Mr. Rivera has not pulled his support for Mr. Koppell. The Daily News reported that Mr. Rivera could be endangering the new agreement. (Mr. Cabrera initially had ties to the IDC as well, sources say.)

Though Mr. de Blasio sat out arguably the most high profile congressional race in New York this year, the Democratic mayor has weighed in on other races around the city. He recently endorsed Rubain Dorancy for an open Brooklyn State Senate seat and Rodneyse Bichotte for an open Brooklyn Assembly seat. 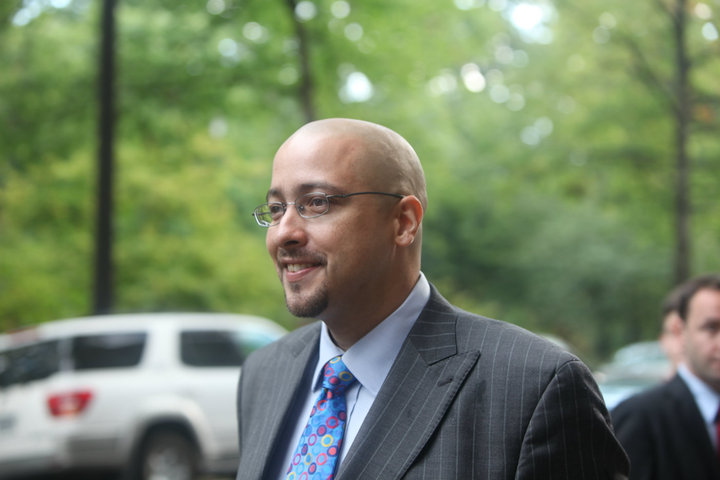