While Mayor Bill de Blasio’s approval rating has held steady at 50 percent since June, Police Commissioner Bill Bratton’s has dropped by nine points — to a lower rating than his predecessor Ray Kelly ever received in 12 years as top cop, according to a new Quinnipiac University Poll.

Mr. Bratton’s approval rating dropped from 57 percent on June 12 to 48 percent today, with 35 percent now disapproving of his work. That disapproval figure is up considerably from 19 percent in June.

Since then, Mr. Bratton’s police department has been at the center of controversy following the death of Eric Garner, 43, a black man from Staten Island. Mr. Garner died after police used what Mr. Bratton said appeared to be a prohibited chokehold while trying to arrest him for selling loose cigarettes. His death was caught on camera and ruled a homicide, and the story has dominated news coverage for weeks in the city.

“Bratton, he’s come in for a lot of criticism,” Quinnipiac University Poll Assistant Director Maurice Carroll told reporters today. “If the police do something bad, or something that’s perceived as bad, the police commissioner’s numbers always go down. Then, in the past, they always go up again.”

The death — which has renewed debates about the NYPD’s treatment of minorities and has brought Rev. Al Sharpton into the spotlight as he’s attended City Hall round tables and led marches — did not have as big an impact on Mr. de Blasio’s poll numbers.

Mr. Carroll said he was unsurprised the poll showed a bigger drop for the commissioner than the mayor.

“He’s the police commissioner. People are not criticizing de Blasio the way they are criticizing Bratton,” Mr. Carroll said.

Polls reflect headlines, Mr. Carroll said, and between Mr. Garner’s death and debates over stop-and-frisk and broken windows, the headlines for Mr. Bratton have not been “uniformly good.”

The 48 percent approval for Mr. Bratton is below Mr. Kelly’s lowest approval rating, which was 52 percent in January of 2007, not long after the late November 2006 police shooting of Sean Bell. Mr. Kelly enjoyed a particularly high approval rating toward the end of his tenure, topping out at 75 percent in January 2013, despite growing controversy surrounding the use of stop and frisk at the time.

“It’s not surprising that Bratton’s numbers would be, say, less than Ray Kelly’s numbers were, because there’s been all this negative attention and a killing,” Mr. Carroll said.

But when asked the open-ended question of who was the most important black leader in the city, 20 percent named Mr. Sharpton — well above President Obama, who came in second at 5 percent.

“The first time he was at City Hall, he got arrested,” Mr. Carroll, a former reporter, recalled of Mr. Sharpton many years ago. “Well, it’s changed, and I’ll tell you something — he’s changed.”

Of the ethnic, age, and geographic groups polled, the one that ranked Mr. de Blasio’s approval rating lowest was Staten Islanders — who gave him just a 25 percent approval rating, according to the poll. The borough is also among the only demographic groups that voted for Joe Lhota in the general election.

The poll was conducted between August 20 and August 25, with 1,021 New York City voters surveyed. The margin of error is 3.1 percentage points. 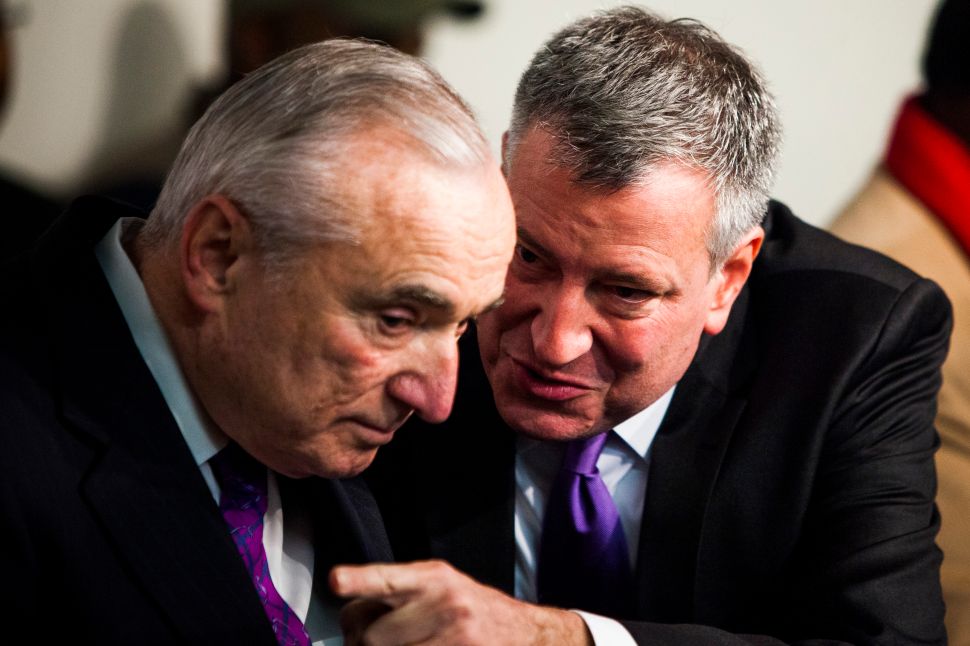