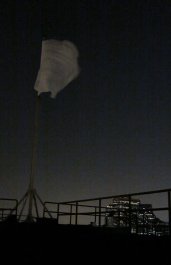 This week two Berlin artists called up the New York Times and confessed to committing the now-infamous swap of the Brooklyn Bridge’s American flags for white ones. The prank had New Yorkers scratching their heads while the NYPD launched a full-scale investigation, treating it as a serious security oversight.

Though there have been no shortage of leads on the case, this most recent claim somehow seems the most viable. The partners in crime, Mischa Leinkauf and Matthias Wermke, produced photographic and video proof. The grainy images and shaky footage were taken atop the bridge, just under an ominous white flag.

But for the artists, the white flags, hand sewn by the pair, were no omen—they told the Times their intention was to make an homage to the iconic bridge and the German who engineered it.

Leinkauf added, “We saw the bridge, which was designed by a German, trained in Berlin, who came to America because it was the place to fulfill his dreams, as the most beautiful expression of a great public space,” Mr. Leinkauf said. “That beauty was what we were trying to capture.” 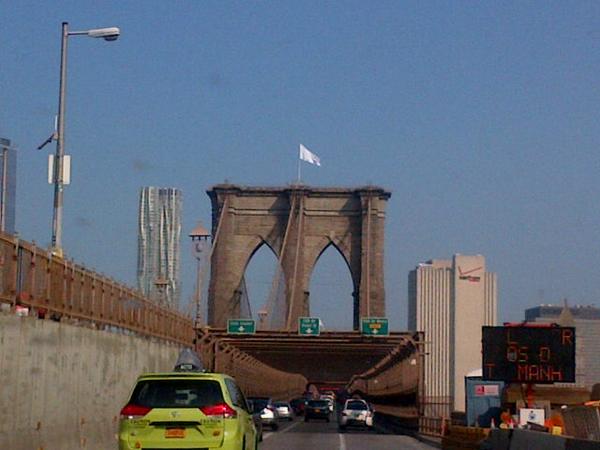