Opponents suing to stop a plan to build two luxury towers on the Brooklyn waterfront–with 30 percent of their units eyed for affordable housing by the de Blasio administration–today insisted that their resistance to the proposal has nothing to do with concerns about reduced-rate tenants moving in, even though their lawsuit says otherwise.

The two structures are the latest phase of a 10-year-old Bloomberg-era plan to turn disused piers in Brooklyn Heights into the massively popular Brooklyn Bridge Park–and pay for the recreation area’s maintenance by planting condominiums alongside the green. Resistance in the community surfaced earlier this month when it was revealed that the project would include bargain bin apartments for middle-class renters, as part of Mayor Bill de Blasio’s design to build and preserve 200,000 affordable units citywide.

Leaders of the People For Green Space Foundation, which has sued to prevent the project from moving forward, insist however that class concerns have no part of their objections–contrary to claims made in a recent New York Times article. Instead, they say they want to ensure the park does not become overcrowded with too many tenants.

“We love the mayor’s plan for affordable housing,” said Lori Schomp, one of the plaintiffs in the suit. “But if he wants a denser city, we have to think about quality of life, and green space, trees, is a part of that.”

An argument against affordable housing, however, constitutes the crux of the Foundation’s lawsuit. The text of the suit notes that the guidelines of the park plan required residential units built there help pay for upkeep–which the suit says won’t work with affordable units.

“Affordable housing would provide little to no revenue to the park, such that its inclusion in the Pier 6 development directly conflicts with the project’s objective of having as minimal development as necessary to fund the park,” the suit reads.

The suit even suggests making the entire building market rate.

“Even if the affordable housing units actually generate revenue, these units would still provide much less revenue than the market rate apartment units,” the document says. “Since the affordable housing units would be sold or rented at a much lower rate than the market rate apartment units, Brooklyn Bridge Park would be losing the maximum revenue potential from these apartments.”

Still, opponents of the project maintain they have no problem with affordable housing if the guidelines were rewritten to allow for it.

“If housing were to be built in Brooklyn Bridge Park, we would absolutely support revising the General Project Plan to include affordable housing,” said Andrew Barnes, member of the group Save Pier 6, another organization against the development.

The People for Green Space Foundation have hired a politically well-connected attorney to make their case–Frank Carone, law chairman of the Kings County Democratic Party and former partner of party chairman Frank Seddio. Mr. Carone has obtained a temporary restraining order on the construction from Judge Lawrence Knipel.

Mr. Knipel was one of several candidates to whom Mr. Seddio donated money–specifically, $5,000–in 2006 when the future party boss was running for a surrogate’s judgeship. State ethics rules forbid candidates for the bench from making political contributions, and Mr. Seddio resigned from the judgeship after the donation was made public. 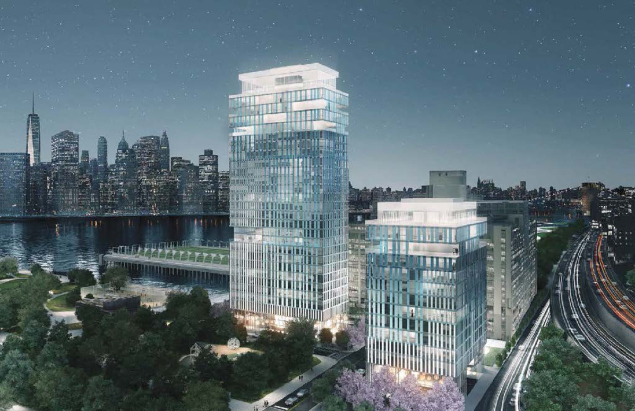