Assemblyman William Colton and Councilman Mark Treyger called today for the Metropolitan Transportation Authority to let bus and subway riders sleep tight–by letting them know within 24 hours when the agency discovers bedbugs on one of its transit lines.

Outside the Kings Highway N train in Brooklyn–the very line where the tiny, blood-sucking insects were discovered earlier this month–Mr. Colton announced that he would introduce a bill mandating that the MTA issue the same kind of warnings about bedbugs that it does about train delays and track issues. Mr. Treyger, the assemblyman’s protégé, said he would put up a resolution in the council backing Mr. Colton’s state legislation.

“Upon confirmation that a bedbug has been found, they should notify the public. Within a 24-hour period, the public should be aware so they can make a decision for the next day,” said Mr. Treyger.

The freshman councilman argued that many riders cannot afford to treat a bedbug infestation in their home, and that failing to inform riders in a timely manner could potentially open the MTA to lawsuits. Mr. Treyger said that he knew constituents who had to eliminate the insects from their apartments by destroying their beds and clothing.

“The horror stories that came of that was horrific. Not every family has the ability, has the opportunity, has the capability to throw out all their clothes and furniture,” said Mr. Treyger. “If people come home with bedbugs from the train or on the bus, there will be economic consequences and the MTA will have liability.”

Mr. Colton suggested that the failure to apprise commuters of a bedbug presence could cause a panic.

“If they don’t let the public know, there’s going to be rumors that may or may not be founded,” said Mr. Colton.

The legislator continued that commuters needed to know immediately about the discovery of even one bug, so as to adjust their habits.

“They may make a decision to stand rather than sit, they may decide to look closely at the bench they’re thinking about sitting on, they may decide to take another line,” said Mr. Colton. “If they have the information, they’re in a better position to make a choice.” 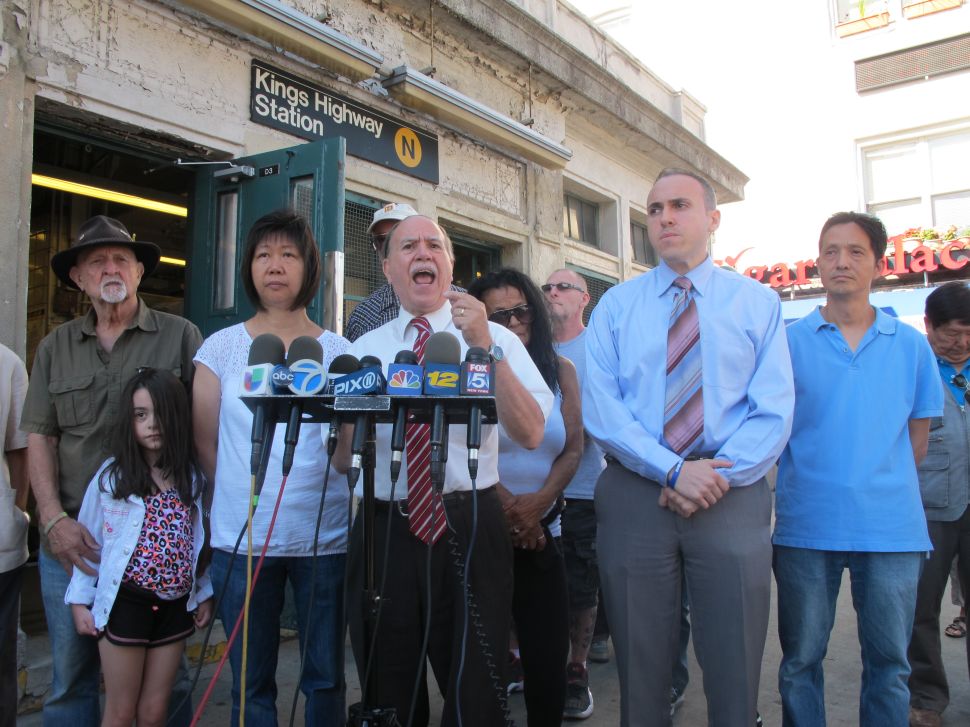