When President Obama signed off on the JOBS Act, it looked like crowdfunding project backers were going to be rewarded for their faith in pipe-dream projects with some real equity. Unfortunately, those laws are taking an extremely long time to actually take hold.

Congressmen Jared Polis and Darrell Issa, along with the 28 other members of the House Innovation and Entrepreneurship Caucus, have drafted a letter to pressure the SEC into finishing the job. The law already passed in the house and was signed off on by the President, and the caucus is sick of waiting for the SEC to get around to writing out the rules so that the laws can be exercised and enforced.

The way it stands now, if you take part in crowdfunding a project on Kickstarter or Indiegogo, you can get all sorts of perks and commodities, like T-shirts and a trial version of a product. You cannot, however, get any stake in the company like a shareholder, angel investor or venture capitalist. The long-awaited reform would allow for people who aren’t accredited investors (i.e. the extremely wealthy) to get something back if, say, a company you gave some Kickstarter money to sold to Facebook for $3 billion.

Unfortunately, those laws have stalled out, sitting in limbo even as crowdfunding starts to become a more popular form of raising money for tech companies.

“The SEC has now missed their legal deadline to promulgate these rules by more than 500 days,” Mr. Polis’ office told Betabeat.

In the mean time, companies that use crowdfunding to raise money for their startups will offer their backers what they legally can: trinkets, posters and a thank you in the credits. 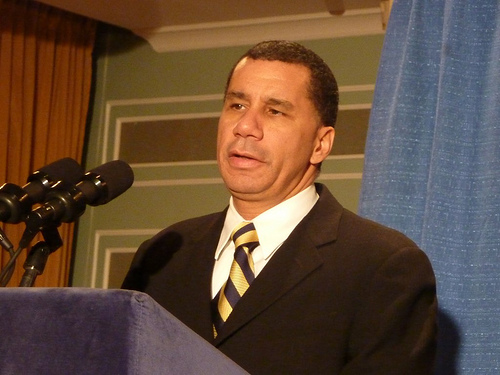