Speaking at John F. Kennedy Airport this afternoon, Mr. Cuomo and his colleagues expressed their fierce support for the Jewish state amid the bloody recent conflict with the Islamist group Hamas, which controls the Gaza Strip. The governor argued that Hamas had provoked the violence by firing missiles at Israeli civilian centers.

“Israel is under siege,” said Mr. Cuomo. “Our message is clear: we stand with Israel and we support Israel’s right to defend itself.”

The governor said he and his entourage of political leaders would not be taking up an invitation from the Palestinian ambassador to the United Nations to visit the Gaza Strip, where nearly 2,000 individuals–both militants and civilians–have died since fighting broke out in July. Mr. Cuomo said the emissary extended the welcome too late for the pols to schedule any stops in Palestinian-controlled territory.

“The letter came in very late today, and I haven’t been able to see it yet. This is a 30-hour trip and scheduled to the minute,” he said.

Mr. Cuomo, however, emphasized that he hoped for a peaceful resolution for all parties involved in the conflict–which has stalled for three days as negotiations are underway in Cairo.

“Everyone agrees the killing must stop. That’s the first and most important hope: peace for the Israelis, peace for the Palestinians,” said Mr. Cuomo.

For State Senator Jeffrey Klein, a senate co-majority leader, the trip is deeply personal because he is the grandson of Holocaust survivors, he said.

“This is very, very personal to me,” Mr. Klein said.

Mr. Silver and Mr. Skelos, however, had harsh words for the leadership of the Gaza Strip. The Assembly leader reiterated Israeli arguments that Hamas is to blame for the heavy civilian death toll, as the group stores its armaments in densely populated areas.

“The Palestinians are using their citizens to protect their missiles, and that is why there are so many casualties,” Mr. Silver, who is Orthodox Jewish, said.

For his part, Mr. Skelos said any visit to Gaza would validate Hamas in spite of its Islamist militancy and history of deliberately using rockets and suicide bombers against civilians.

“Why would I want to go there and so lend any credibility to Hamas?” the Long Island Republican said.

The governor turned down the opportunity to echo his colleagues’ sentiments, and instead reaffirmed that the voyage was to show support and sympathy for the Israelis.

“The purpose of this trip is to show solidarity with Israel,” said Mr. Cuomo, adding that he does not intend to travel back to the region to make stops in Gaza. “We’re not going to be planning any other trips.” 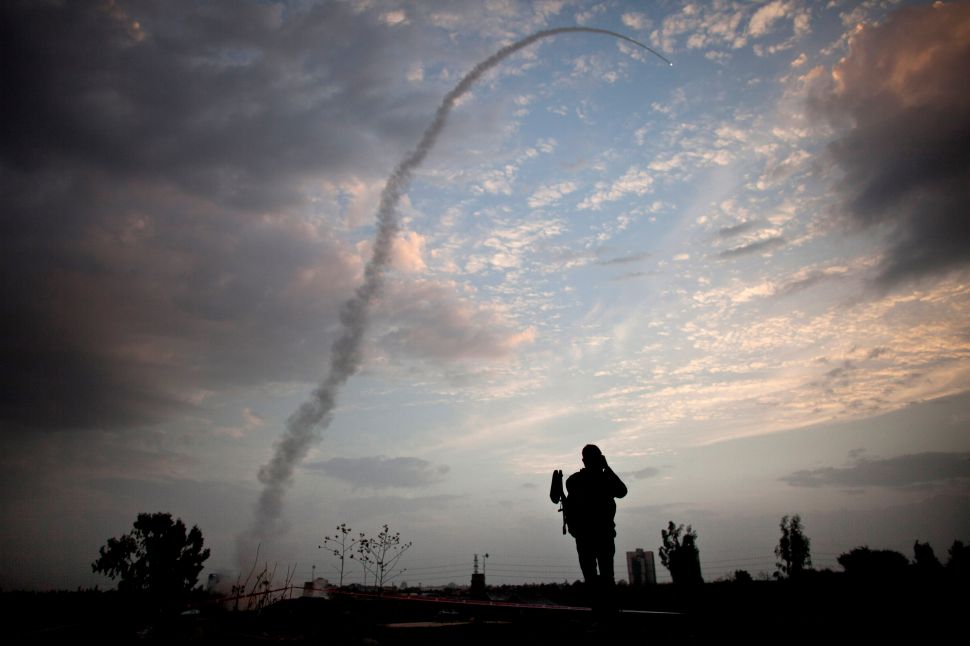