(Spoilers for, well, pretty much everything)

David Chase recently caused what can only be called a large scale social panic by subtly hinting that Tony Soprano did not die in the series finale of The Sopranos. But then, less than a day later, he back tracked on his comments. From a statement sent out by Mr. Chase’s publicist: “Whether Tony Soprano is alive or dead is not the point. To continue to search for this answer is fruitless. The final scene of The Sopranos raises a spiritual question that has no right or wrong answer.”

All this hullabaloo and talk of spiritual questions has me thinking of the very nature of series finales in general. Ending a television show is not like ending a movie. The creator hasn’t asked the audience to join in on their world for two or three hours, they have brought that audience along with them to the finishing line for years. So what makes a series finale, for lack of a better word, “satisfying?” Inversely, what amounts to a “disappointing” series finale? What makes a finale feel…final?

Let’s start with the aforementioned Sopranos finale. For those who have been physically allergic to pop culture for the past seven years, The Sopranos ended with Tony Soprano sitting in the sketchiest diner in the world, before abruptly cutting to a silent black screen. That’s it, no explanation for what happens to Tony or his family, just darkness.

Satisfaction aside, in a way I feel like this approach is in fact the most realistic way to handle a series finale. Television shows are worlds, and we as an audience are observers of this world. Who is to say that when the show is over, that world doesn’t go on without us being able to watch. David Chase didn’t kill Tony Soprano in front of the audience’s eyes, he killed the audience. That fade to black was that message. Tony’s world will go on, these characters will go on, and yeah maybe Tony got shot in the back of the head seconds afterwards, you just won’t be around to observe any of these happenings anymore.

But where does a truly satisfying ending come from. I think, above all things, to have satisfaction in a series finale you need validation…validation that the ideas you have had about a show and the themes being presented to you have not only been true, but have held up consistently over time. To see this, I think it’s pretty safe to look at Breaking Bad. For five straight seasons audiences watched the transformation of Walter White into full-blown Heisenberg, but they were also afforded a much more personal look into it than his wife, children, or friends. No matter what Walter said, we as an audience had an idea of what kind of person Walter White was, and what his personal motives were for getting onto the drug business. That’s why it felt so, so good to be validated with one simple line: “I did it for me. I liked it. I was good at it. And, I was really… I was alive.”

Coupled with validaton is release. If you want to let go of these characters – to know that after the “cut to black” these characters will go on – you need a proper goodbye. You need the knowledge that characters, good or bad, got what they deserve. For the right way to go about this, look no further than Jesse Pinkman speeding away from the Nazi-thug compound, tearful yet triumphant.

And then, on the other side of the discussion we have those much maligned series finales, the ones that don’t get it right. I think part of the reason they are so infuriating is because in theory it should be simple to do right, or at the very least do it in a way that doesn’t anger your fan base. All you have to do is not go on back on promises, on character traits and storylines you have been building for seasons. Most importantly, don’t take the focus away from what got you there in the first place.

But still, it happens. True Blood thrives because of it’s outlandish sense of sex and violence, topped off with interesting side-characters? Let’s end this thing by sending these side-characters off, and focusing in on our cliched love-story that lost it’s legs five seasons ago. Dexter is a tragic story, revolving around one of the most successful serial killers in the world, that deserves a tragic and just ending but kidding Dexter survives a hurricane and is now a lumberjack.

To be fair, though, how much of these “disappointing” finales are made that much worse by audience expectations. The hysteria over finding out the ending to True Detective was at a fever pitch by the time the eighth and final chapter of Rust Cohle and Marty Hart’s story came around. Fan theories abound about giant occult connections and twist endings and the Easter eggs seemingly placed by the creators in each episode. But take into account this quote by True Detective creator Nic Pizzolatto:

I’ve enjoyed reading people theorize about what’s going to happen because it’s a sign that you’re connecting. But I’m also sort of surprised by how far afield they’re getting. Like, why do you think we’re tricking you? It’s because you have been abused as an audience for more than 20 years.

The show’s creator came out and said the ending was going to be straight-forward, that  he was telling a story and that story didn’t need to shock you to be a good one. But people demanded the shock. The greatest criticism of True Detective’s ending is that it as building up too much, and settled too little. But was Pizzolatto building up, or were the fans?

Really, in the end, there will never be a perfect ending. You can’t please everyone. All the debating and the theorizing and the “spiritual questions” in the world can’t erase the fact that even back in 1990 Alf ended with the lovable alien being captured by the government for experimentation and there are still people out there who think that was a good idea.

Actually, you know what? I think after all this I’ve figured it out. The formula for the perfect ending. Here, let me explain everything, tie up all the loose ends if you will. All you have to do is 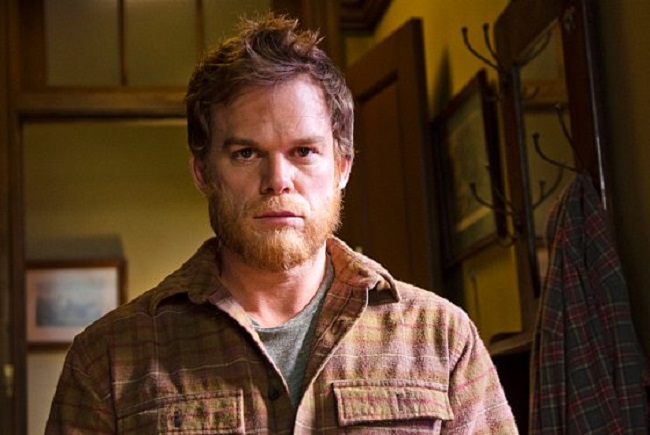