My name is Vinnie Mancuso and I was born in New Jersey, so somewhere along the line I signed a contract saying I had to be obsessed with anything and everything related to The Sopranos. And I remember to this day the moment in the finale when the screen cut to black and my family — and the world — let out history’s largest collective “whaaaaa?”

Since that day in 2007, fans have been tormented by the question of whether or not Tony Soprano is alive or dead. Sopranos creator David Chase has been pretty tight-lipped over the whole thing…until now. In a large feature on the producer in Vox, Mr. Chase finally spilled the beans on Tony’s fate. He was super pissed he had to do it, but he did it all the same.

We were in a tiny coffee shop, when, in the middle of a low-key chat about a writing problem I was having, I popped the question. Chase startled me by turning toward me and saying with sudden, explosive anger, “Why are we talking about this?” I answered, “I’m just curious.” And then, for whatever reason, he told me…He shook his head “no.” And he said simply, “No he isn’t.”

A couple things about this revelation. First, I definitely take it with a grain of salt. It’s interesting that what preceded it was Mr. Chase basically being infuriated that he still has to talk about this. There’s definitely a possibility that his “No he isn’t” can actually be translated to “Happy? Can we never fucking talk about this again?”

Secondly, I don’t know whether knowing for sure is necessarily even a good thing. I for one thought the ending was brilliant, not only for calling back to Bobby Baccalieri earlier musings on death (“You probably don’t even hear it when it happens, right?”), but it actually made viewers use a little imagination and, God forbid, draw their own conclusions.

Thirdly, and possibly most importantly, it’s been a while since I watched that ending scene and LOL have you ever noticed how hilariously packed with sketchy people that diner is? I mean I understand they’re building tension, bravo. Tony Soprano, known Mafia boss, aside, that guy at the counter walks to the bathroom in such a “I’m going to the bathroom but actually I’m going to shoot you in the head” way it’s funny, and then there are the two puffy jacket (puffy enough to hide a shotgun) wearing fellas just admiring the pastry selection. I could have been sitting in that diner unaware that I’m on a TV show and been thinking “is a major television show character about to be killed off right now?” 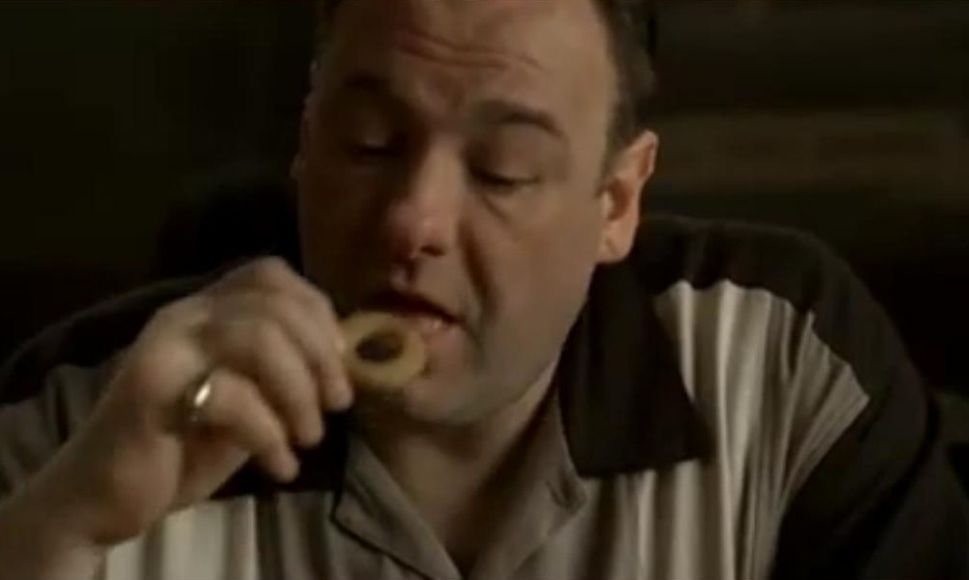