With the launch of thousands of new universal prekindergarten seats just weeks away, top officials in the de Blasio administration said Friday that despite reports of widespread violations at program sites, every classroom opening up for city students this September would be a safe one.

“What’s really important to focus on is the great work we’re doing at reducing the number of serious violations open at any time — because it shows how hard folks are working, not only in the city government, but the providers themselves,” Deputy Mayor Richard Buery said during a conference call with reporters.

Mr. Buery was joined by Health Commissioner Dr. Mary Bassett and other officials on a conference call with reporters, during which they outlined steps the city has taken to inspect and correct problems at the community-based organizations that have scored contracts with the city to provide free pre-K through the mayor’s signature UPK program. After the providers were announced earlier this year, the Daily News reported on scores of violations at sites selected for the program.

But Mr. Buery said the Health Department had been “addressing violations in a quick and effective manor.” So far, the number of sites with the most serious violations — those that require immediate action and which would force a program to close if action weren’t taken –have dropped from 33 to 12.

Those violations are the ones that can have an immediate impact on a child’s safety, Mr. Buery said, like keeping food at unsafe temperatures or failing to inspect fire extinguishers.

“If an inspector has any concerns about child safety, the site cannot remain open until that concern is addressed,” Mr. Buery said.

Among the next most serious set of problems found on inspections — those which organizations are given two weeks to fix — the number violations has dropped from 76 to 28, Mr. Buery said.

The officials did not provide figures for less serious violations — but said many of those are related to paperwork, including a lack of documents to show employers had complied with the city’s strict background check process in hiring teachers.

Asked how many schools might open with violations come September 4, administration officials said it was impossible to know — since inspections are continuing, and those with violations now would have time to correct them before opening day.

But if any of those 12 programs with violations requiring an immediate fix don’t rectify them, they won’t be able to open — despite students having enrolled in them.

“We have developed an entire team of enrollment specialists and their full-time job is to help families find providers that work for them, work for them geographically, work for them in terms of the culture of the place,” Mr. Buery said. “If at any point we decide, Site X, Program X, is not going to be able to open safely, what we then do is we work individually with all of those families to facilitate their enrollment in a different program.”

The city is also rolling out an “enhanced performance review program” to work more closely with pre-K providers who were selected for the program but have routinely been cited for violations.

“Typically when a site has a serious problem, we have historically required them to create corrective action plans,” said Department of Health Deputy Commissioner Daniel Kass. “We will do something similar: we will ask them to engage with us in a process of self-evaluation.”

That will include more frequent oversight until the city is confident the program can be moved to a more regular annual inspection schedule, Mr. Kass said.

But Mr. Buery sought to emphasize that the majority of those programs that won UPK contracts from the city were in good shape.

“The process for awarding contract was itself extremely rigorous,” he said, with only 60 percent of applicants being approved.

Only 60 percent of applicants were approved by the city to hold UPK programs, he said. 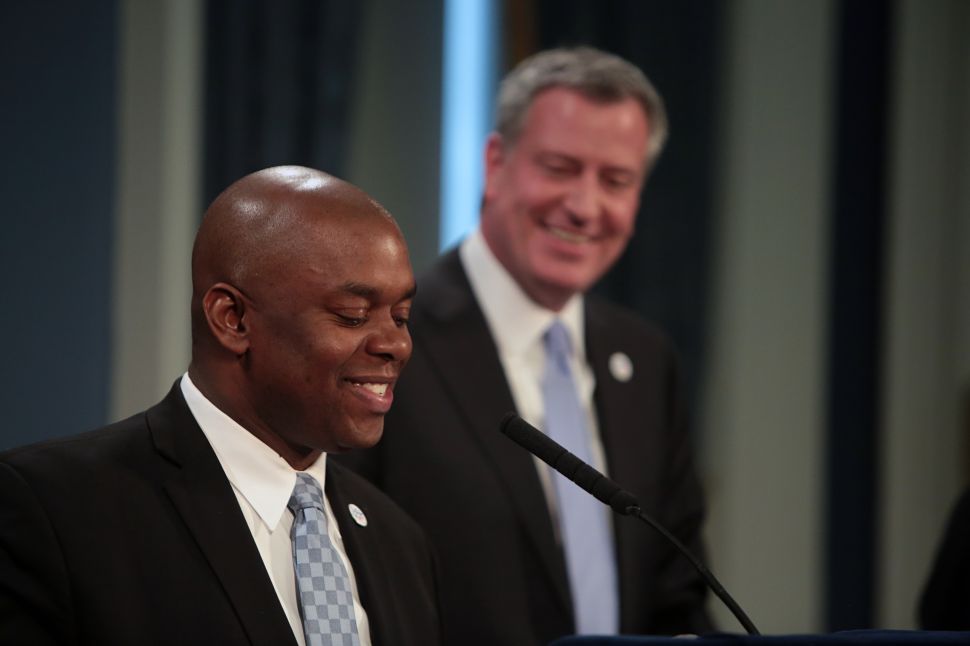