At his first full meeting since becoming chairman of the independent board charged with investigating claims of police misconduct, Mr. Emery suggested the CCRB create a numbers-driven system for tracking abuse claims by precinct–modeled and named after the system Police Commissioner Bill Bratton instituted for monitoring crime statistics during the Giuliani Administration. The program, according to Mr. Emery, comes with the full approval of the New York Civil Liberties Union.

“We are the repository of all civilian complaints,” said Mr. Emery. “That is a trove of information that tells us what’s going on with police-community relations in the city.”

The new chairman–who gained prominence for repeatedly suing the city–said that the CopStat system would ultimately help police and the CCRB by identifying trends and even individual troubled officers, and heading off potential cases of abuse before they even occur through transfers, training, and other measures.

“It will allow the police department to be forewarned about these things percolating out there,” said Mr. Emery. “This may be too ambitious, but I’d like to start ambitious.”

One member the board suggested that the creation of such a system might be too expensive to implement.

“It’s something we’ve looked at, but the cost has been prohibitive,” said Commissioner Alphonzo Grant.

But Mr. Emery said that he was sure the mayor and City Council would cooperate in allocating the necessary funding.

“The police department has a lot of resources, we should be able to get some too,” Mr. Emery said.

Other offices have sought to recreate the success of CompStat, too — Comptroller Scott Stringer recently launched ClaimStat, an effort to similarly track lawsuits brought against the city.

Mr. Emery said the mayor had given him the mission of reforming the CCRB, which he said many residents believe is ineffective in addressing complaints of police abuse.

“We have a mandate for change,” he said.

Among his other proposals were the creation of a computer program to randomly assign representatives from the city and the police unions to complaint investigation panels, and an algorithm for prioritizing complaints based on their severity and the preponderance of evidence.

But earlier today Pat Lynch, president of the PBA, which represents rank-and-file cops, criticized the de Blasio Administration for harboring “police haters” like Rev. Al Sharpton and demanded the mayor express his absolute faith in the police. 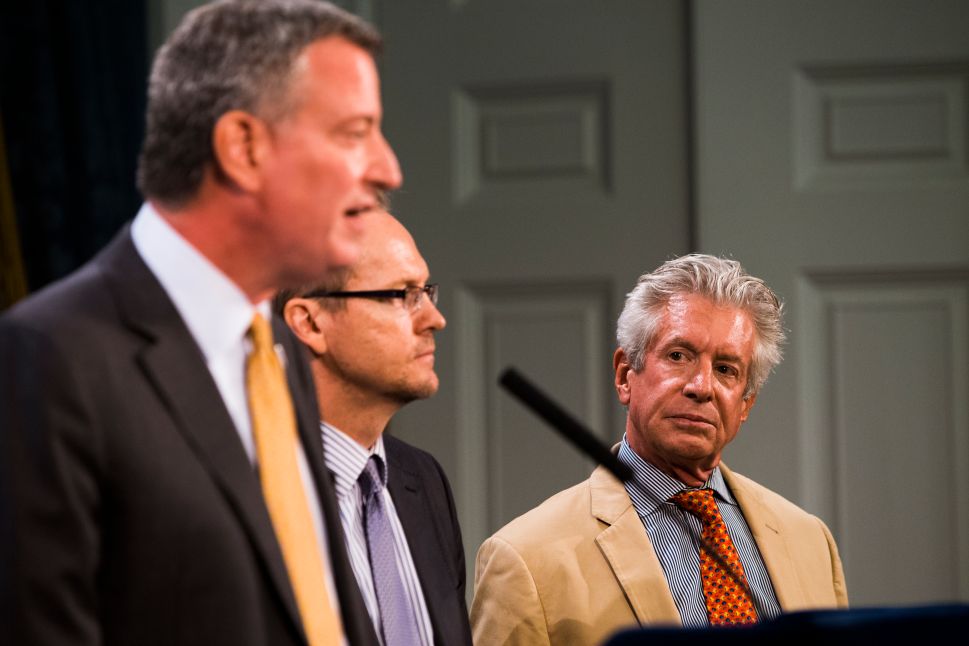