In the wake of recent unrest in Ferguson, Missouri, Mayor Bill de Blasio said today he is still confident an upcoming march against police brutality will be peaceful.

Mr. de Blasio, speaking with reporters after holding an interfaith round table on police issues with clergy like Rev. Al Sharpton and Cardinal Timothy Dolan, said he expected the march, set for Saturday in Staten Island, to occur with little incident.

“I’m very confident in the abilities of everyone involved to make this weekend’s march a peaceful exercise in democratic rights,” Mr. de Blasio said. “The level of coordination and communication between the march organizers and the police has been outstanding and constant and respectful and collegial. Everyone shares the goals of a peaceful protest and that’s what you’ll see.”

Mr. Sharpton scheduled a march in Staten Island after Eric Garner, a Staten Island man who was black, died in police custody last month. Mr. Garner was placed in an apparent chokehold, a prohibited maneuver, renewing controversy about how the police interacts with minority communities.

The march, also meant to commemorate the 25th anniversary of the death of Yusef Hawkins, a black 16 year-old killed by a white mob, took on new significance after Ferguson police killed a black man this month. The death set off days of rioting and a much-criticized police crackdown. Mr. Sharpton said today family members of the man killed, Michael Brown, would attend the Staten Island march.

Today’s round table, the second in the span of a month called after Mr. Garner’s death, did not feature any clergy from Staten Island and barred the press from witnessing even opening statements. Held at the offices of the Archdiocese of New York in midtown Manhattan, the round table brought together clergy leaders from the Christian, Jewish and Muslim communities to discuss police and community relations. Mr. de Blasio made clear it was New York City–and not Ferguson–that was primarily discussed. (Mr. Sharpton said the meeting had been called before the Ferguson shooting.)

“This meeting was about New York City and about what we have to do to move ourselves forward,” the mayor said. “I think there was a deep understanding that there is a New York way of doing things and that it is, despite this extraordinary diversity that immediately lends itself to people reaching out and finding a way to calm everyone’s deep feelings.”

“I think it was a more implicit part of the discussion, but we really wanted to focus on what we had to do here,” he added. 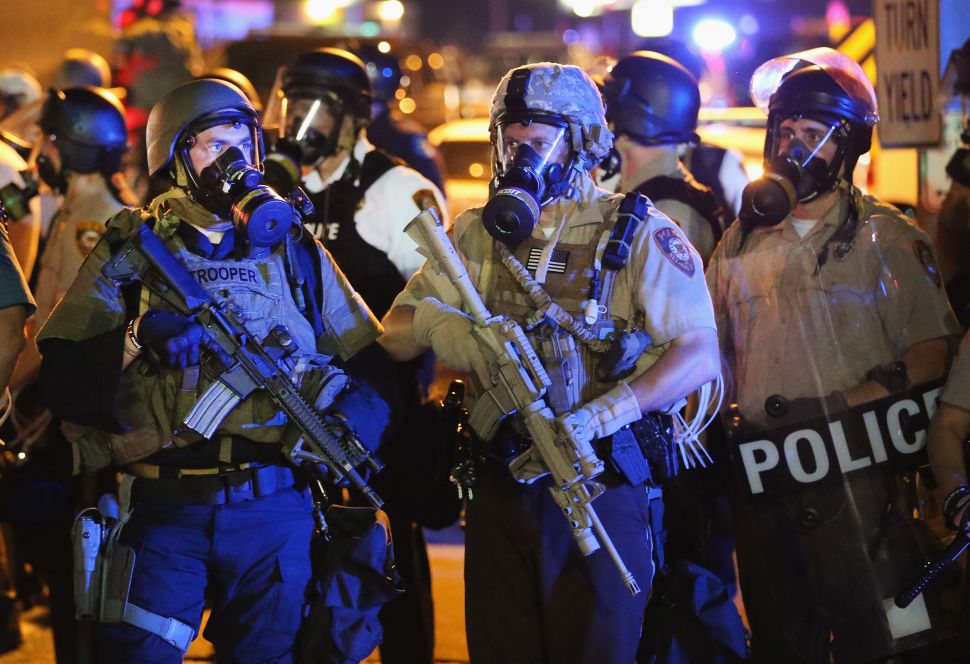