Mr. de Blasio said he was backing Mr. Espaillat for a third term representing parts of upper Manhattan because of the incumbent’s support for his signature issue of universal prekindergarten, plus his advocacy for affordable housing and stricter traffic laws. The mayor’s backing comes on the heels of Gov. Andrew Cuomo’s decision to support the sitting senator.

“I am proud to support State Senator Adriano Espaillat for re-election,” said Mr. de Blasio in a statement. “From fighting hard for universal prekindergarten funding, to standing up for affordable housing and tenant protections, to pushing for critical pedestrian safety measures, Adriano Espaillat has represented his constituents with energy and determination. I am wholly committed to working with him to move our city forward.”

Mr. Espaillat vowed to promote Mr. de Blasio’s liberal agenda in the upper house of the state legislature–which may be Democrat-dominated when it convenes again next year.

“I am committed to advancing Mayor de Blasio’s progressive vision for New York City at the state-level,” said Mr. Espaillat. “We have been able to achieve incredible gains this year, including the successful push for pre-kindergarten funding, and the speed limit reduction that will save lives in Upper Manhattan and on the West Side. In the coming year, we can build on these achievements, and fight for New York City students, tenants, pedestrians, and low-income families.”

The mayor declined to make an endorsement in Mr. Espaillat’s unsuccessful challenge to Congressman Charles Rangel earlier this year–which some observers saw as a snub of Mr. Rangel. Mr. Jackson, who is challenging Mr. Espaillat in the Democratic primary next month, is a longtime ally of Mr. Rangel’s and is running with his endorsement.

Mr. Jackson has been an outspoken critic of the Cuomo and de Blasio administrations for allowing charter schools to open inside public school buildings in the district. 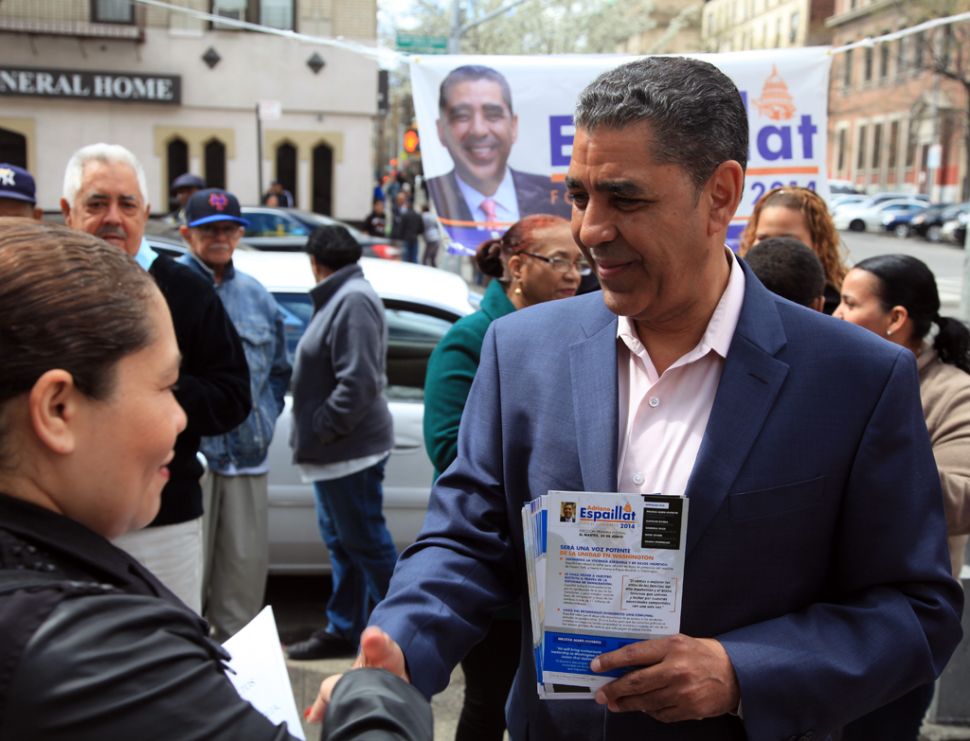