Although Barack Obama’s reelection campaign was, of course, ultimately successful, it is something of a pity for the effort that Joy Fishman did not sell the the sixth-floor combo at the San Remo she shared with her husband Jack, who died last year, a bit earlier. Speaking to the New York Times in 2012, Ms. Fishman indicated her dismay that many of her neighbors at the hoity toity co-op at 146 Central Park West intended to give to Mitt Romney’s campaign. To prevent the Republican’s election, she said, she would donate “a lot” to Mr. Obama, explaining that she found the Romney team “very scary.”

And just imagine what “a lot” might have meant had the apartment, which she and Mr. Fishman acquired between 2005 and 2009 for a total of $14.1 million, already sold for the $26.4 million, indicated by city records today? (Mr. Fishman—ahem, Doctor Fishman—was instrumental in developing naloxone, a drug thought to have rescued “countless” people from heroin and morphine overdoses.) It is difficult to say just what the buyers, flying under the flag of the Northway Rev Tr, have come into for their very considerable investment, as only a dated an partial listing is available, indicating that the unit Fishmans bought in 2009 was a 2,200 square-foot classic six. (The absence of a listing suggests the that the new owners already live in the Emery Roth-designed, celebrity magnet co-op.) That apartment had a grand, 28-foot living room, the limestone Beaux Arts facade of which enjoyed ample sunshine and elegant street views. Previous owners had updated the space meticulously, but seemingly without much in the way of modern sensibility, hewing close to the building’s understated, Old-World original charms.

If the additional unit in any way resembled the one in the same “line” on the floor above, the Fishmans added in the neighborhood of 4,000 square feet to their home. And in her interview with the Times, Ms. Fishman spoke from her living room, which, the paper noted, overlooked the Park. The listing for the 2,200 square-foot pad makes no mention of such a view, so we’re going to guess that was a new pick-up, too. (Whatever did they do with that dowdy old 28-foot space, one wonders.)

Views of the Park, as we well know, do not often go unmentioned. Understatement be damned. 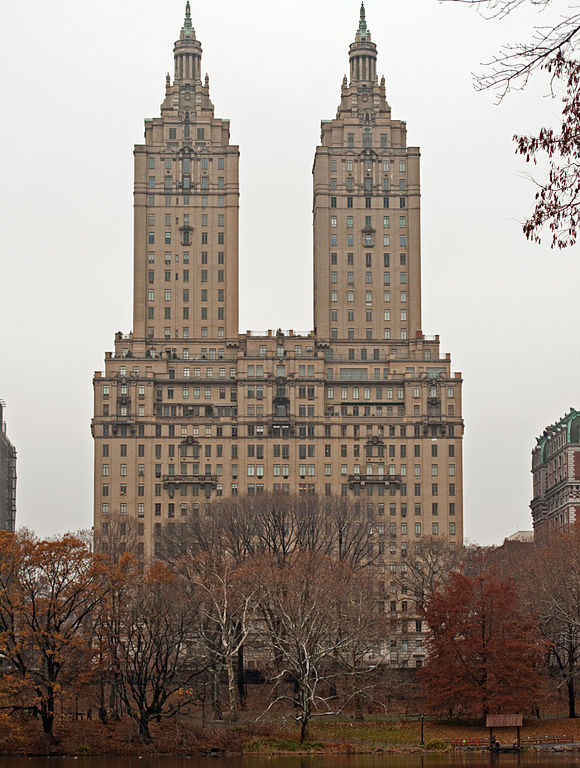