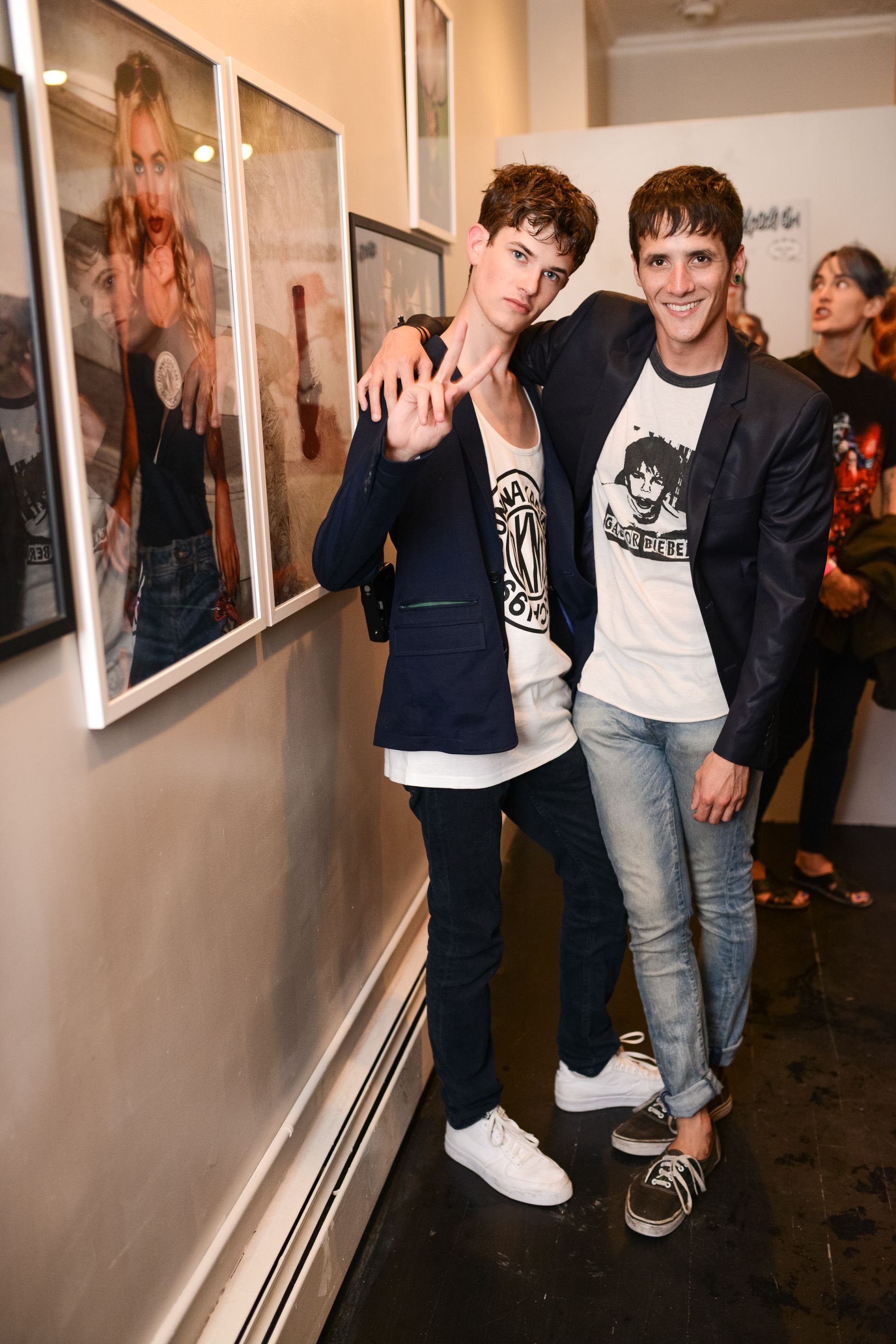 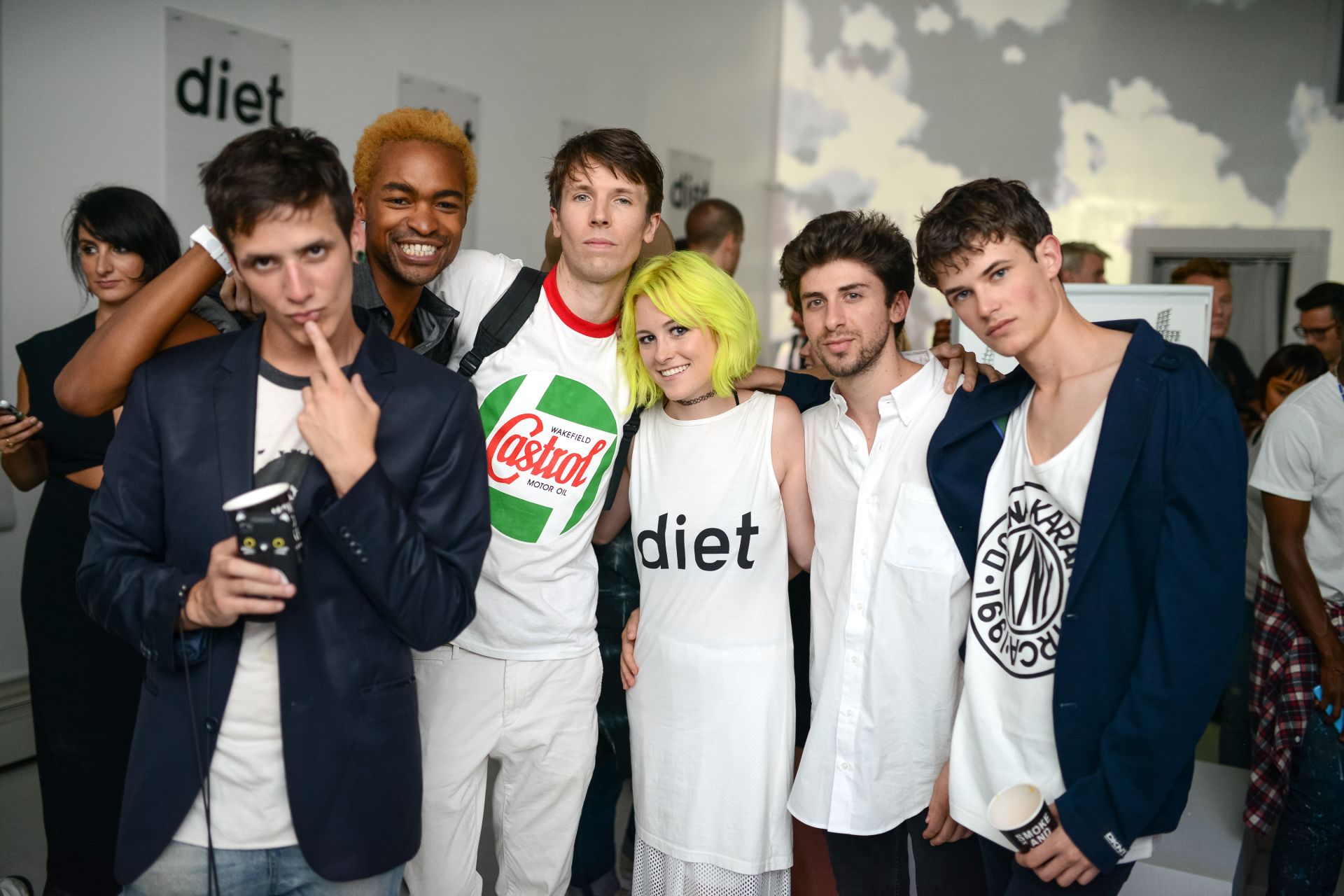 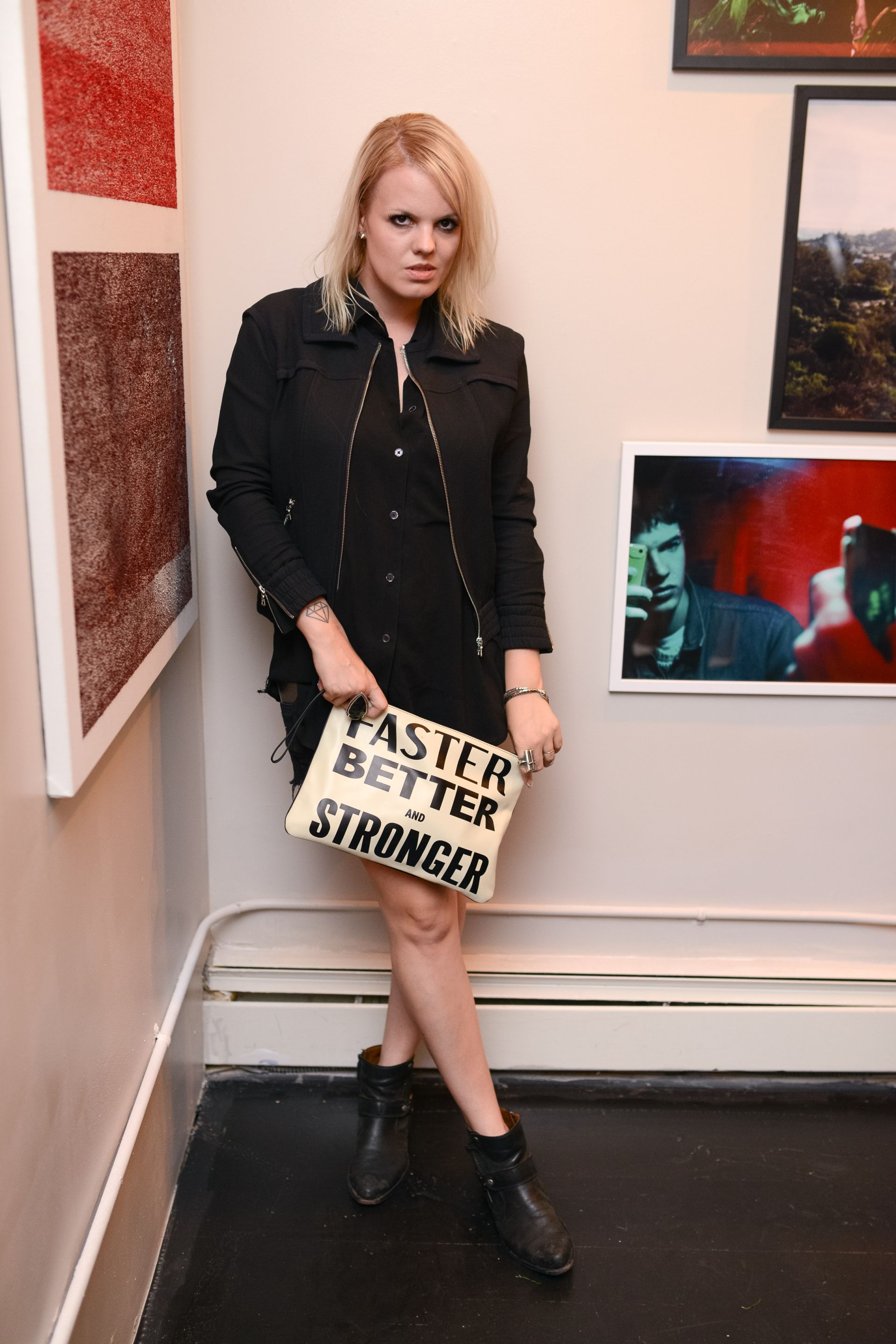 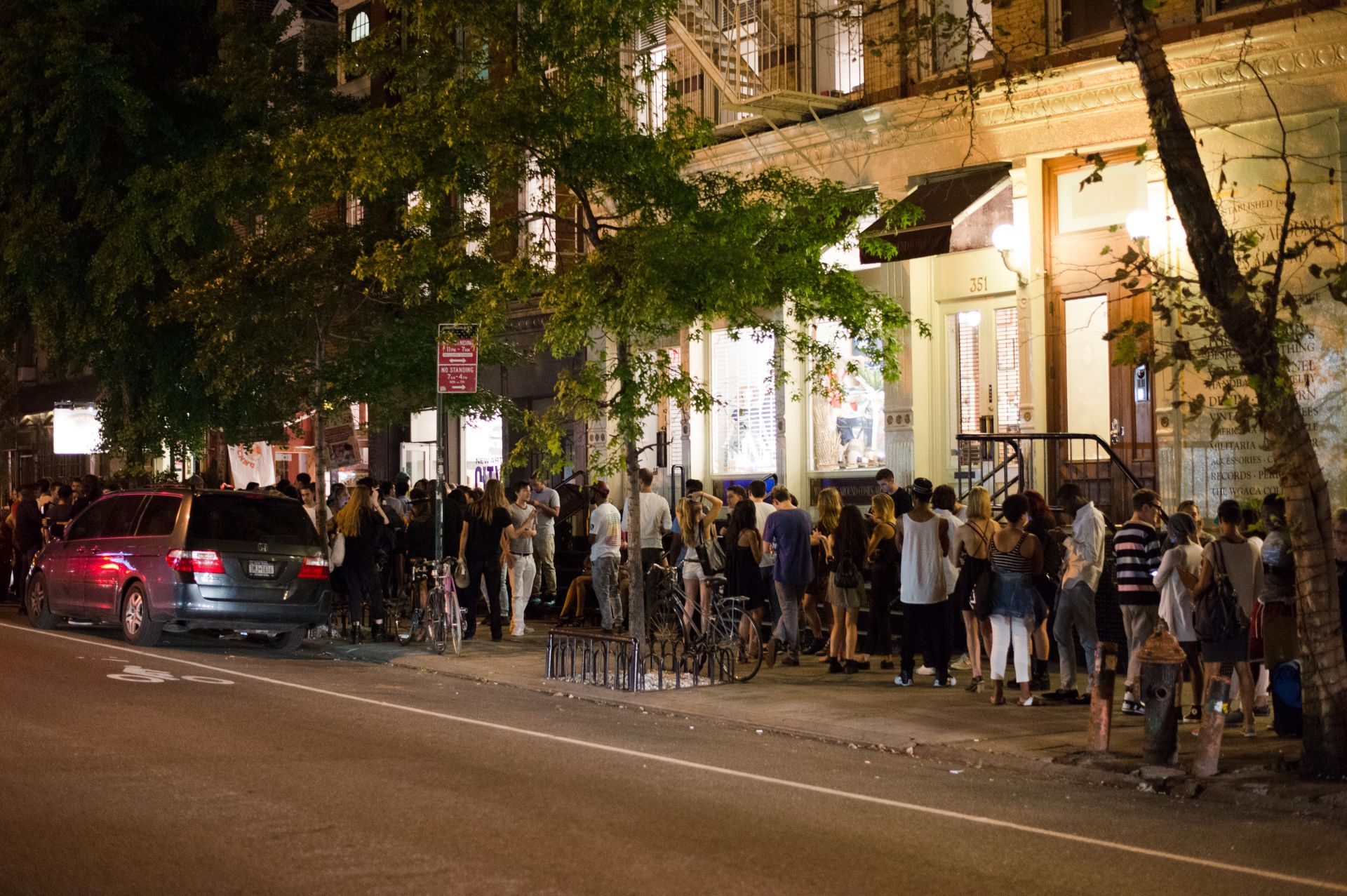 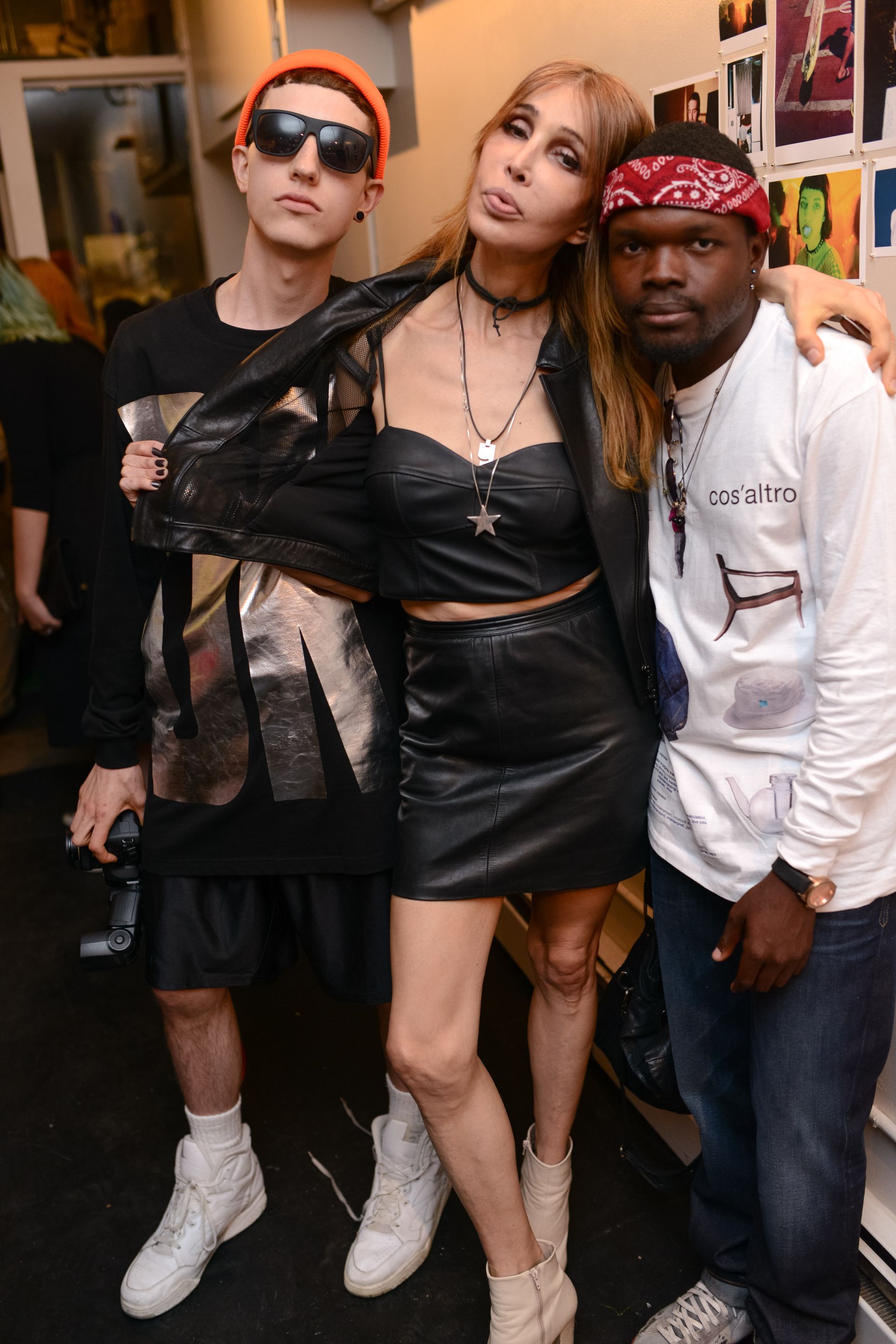 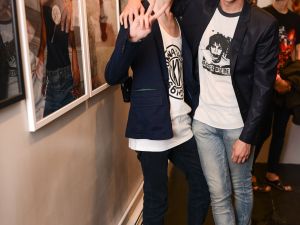 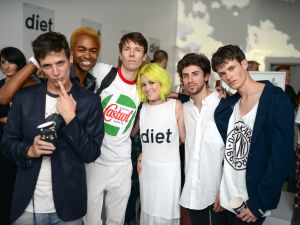 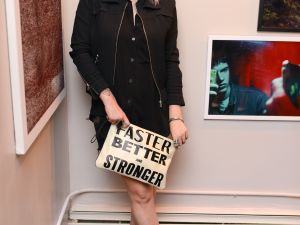 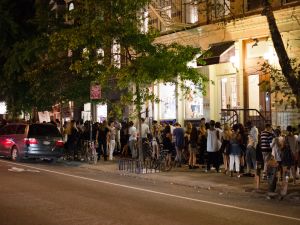 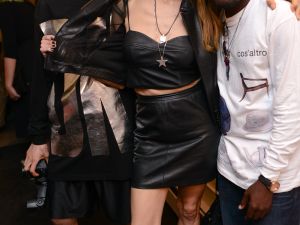 DKNY is the first brand of its kind – a real mega brand – to embrace the new crop of New York’s cool kids. It kicked off last season at the brand’s New York Fashion Week show, aptly named #WeAreNYC. The model lineup ditched the waifish girls and toothpick boys, and opted instead for waifish girls and toothpick boys with stellar social media followings – it was a veritable caché of Generation Y tastemakers. Come September, the runway show will be followed up by the ad campaign using the same faces plastered throughout the city and beyond, and no doubt eventually back into Instagram feeds galore – hashtag included.

Last night, the mission continued with DKNY Jean’s sponsorship of New Art City, a group showing of installations, paintings, and photos created by said Generation Yers. The lot of photos had the grainy, Vice-style, in-your-face look to them. The sort of stuff Band of Outsiders ad campaigns are made of, but we can thank Uncle Terry Richardson for leading that charge.

The hosts for the night were a quirky duo, John Tuite and Carlos Santolalla, better known as Jarlos by friends and the Internet (is there a difference?). The two boyfriends are fabulously carefree models slash photographers if you can believe it, with some serious business savvy. This whole thing – the DKNY event partnership, the gallery space, the massive crowd dying to get in – it was all orchestrated and executed by them and their troupe of fellow revelers who might seem to lack clout at first glance. “After we walked the runway show for DKNY we were in a cab with a DKNY team member. I told them that since they had just used all these creative and interesting people for their show, they should put them to good use to do something spectacular,” John Tuite – the J in Jarlos – says, “Initially it was going to be a solo show, but since most of our friends like Sandy Kim, Jeanette Hayes, Niki takesh were all super talented, we figured giving everyone a group show would be the best idea. From then it started spiderwebbing out with artist submissions that reached about 150 pieces, and curating began based on who we thought would mesh best and make the best artistic community for this event.”

It’s clear that the past decade has given rise to a new type of New York twenty-something with actual goals besides gliding past a velvet rope. While last decade’s cool kids might be spending their mornings in hangover recovery after a party like this, Becka Diamond is likely at Equinox for bootcamp, Hannah Bronfman might be at a breakfast meeting, Chelsea Leyland’s probably caught a flight to London, and the Jarlos boys are busy inking another deal with DKNY.