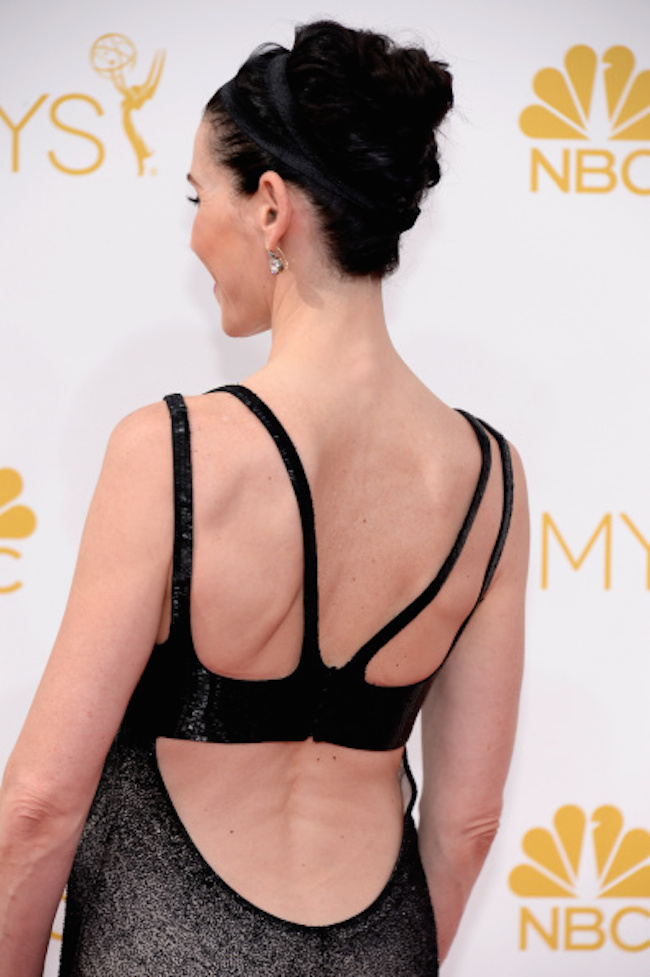 Best Gym-to-Emmy's Transition Gown (image: Getty)
I realize that actors are very busy, but forgetting to take off your sports bra before THE EMMYS is ridiculous. It seems that the multi-tasking Good Wife, could use a good assistant. 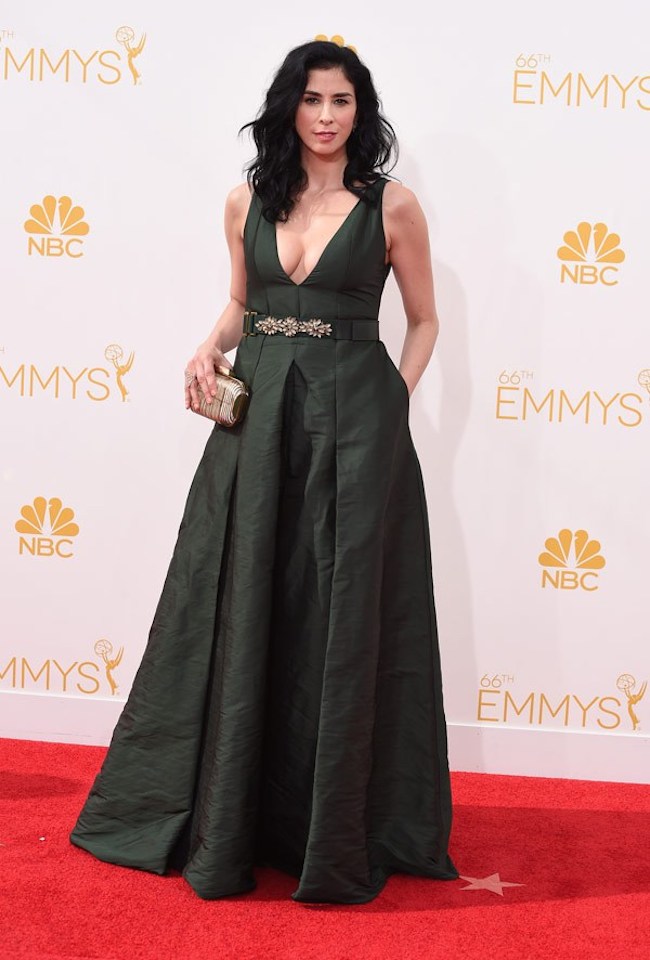 Best Too High To Press This Dress Award (image: Getty)
(Empire) Waist up, Sarah Silverman looks stunning but turn your attention below the belt and you will find what appears to be an advertisement for her one-woman-anti-ironing movement. 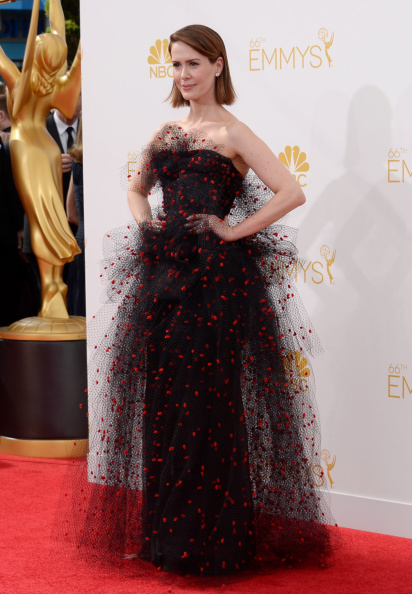 Best I Should Hate This Dress But I Don't Award (image: Getty)
This is either totally amazing or a real life American Horror Story... 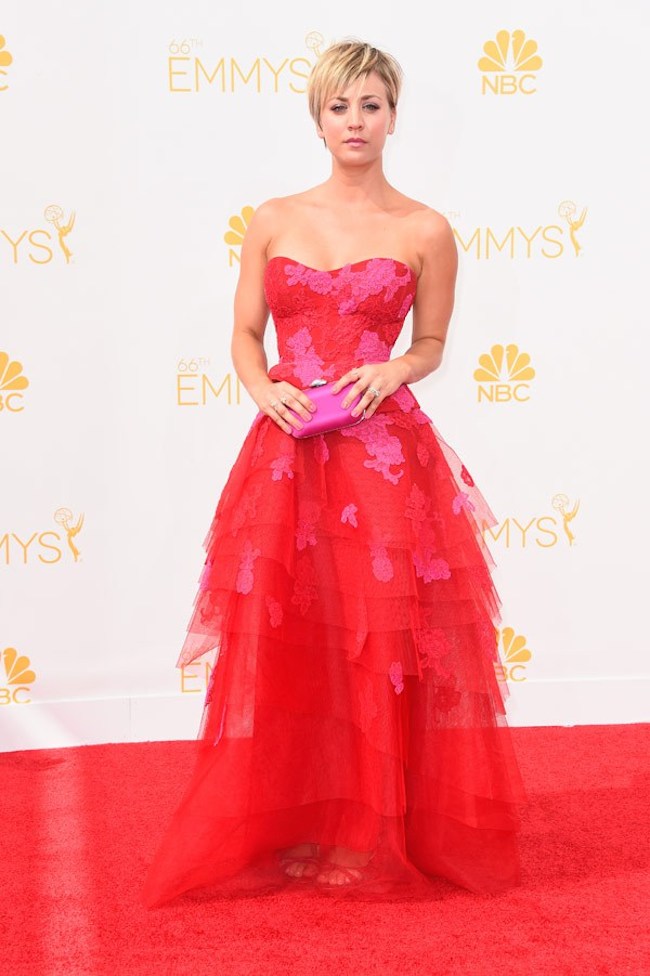 Best Fern Gully Impersonator (Image: Getty)
0% chance Kaley Cuoco was NOT trying to look like a fairy from Fern Gulley. Perhaps she confused the Emmy Awards for the Save the Trees benefit scheduled for next week?
Advertisement 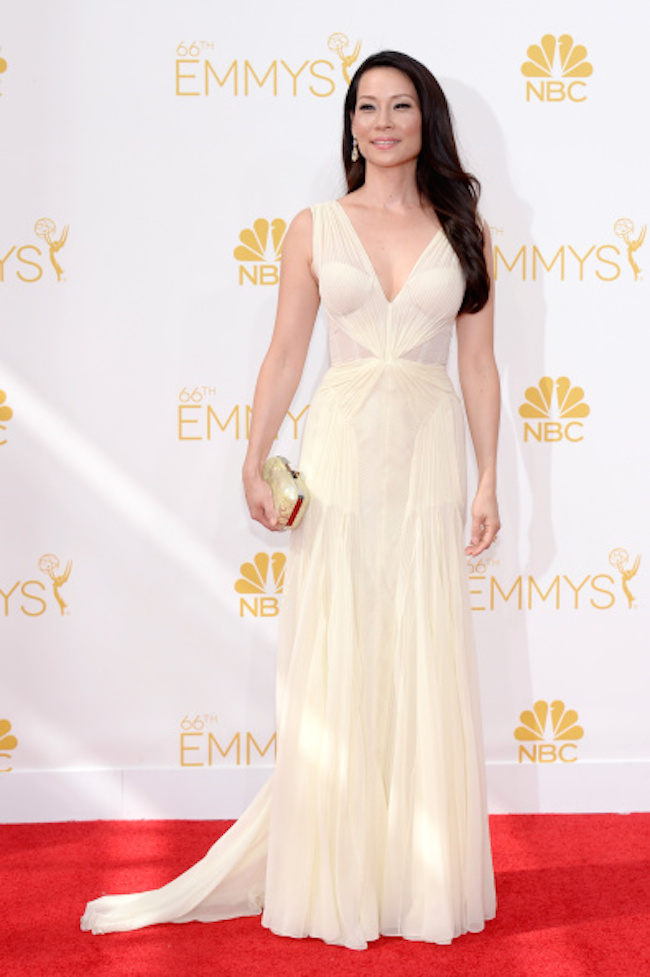 (Almost) Best Dressed (image: Getty)
Looking good must be Elementary for the stunning star of the new Sherlock Holmes spin off. 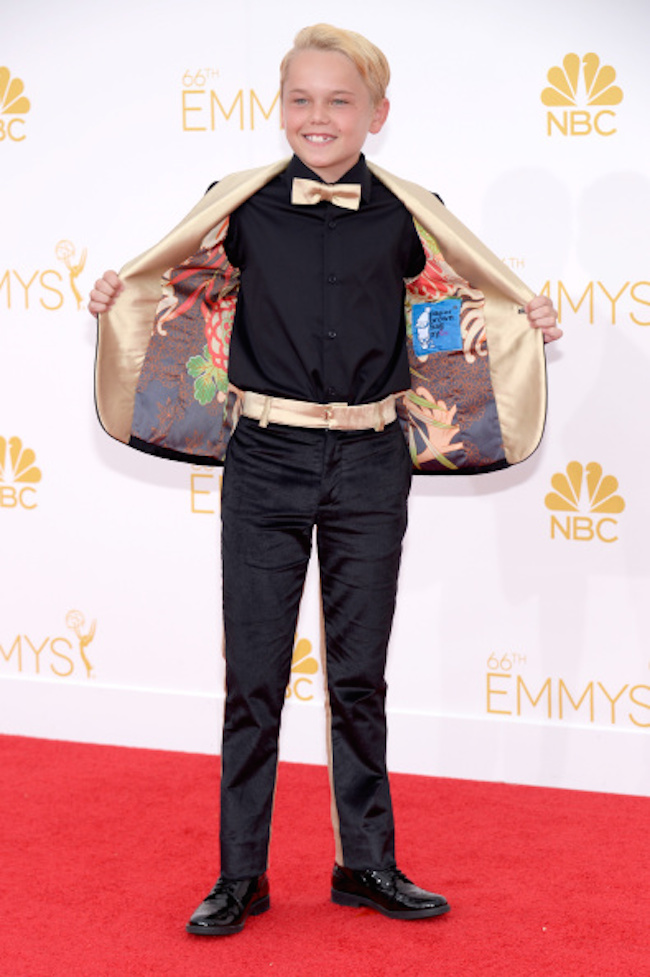 Best Dressed Kid (image: Getty)
Mason Vale Cotton totally got the mandatory bow tie memo but wait, is there an Emmy Award for coolest jacket lining in a kid's ensemble? 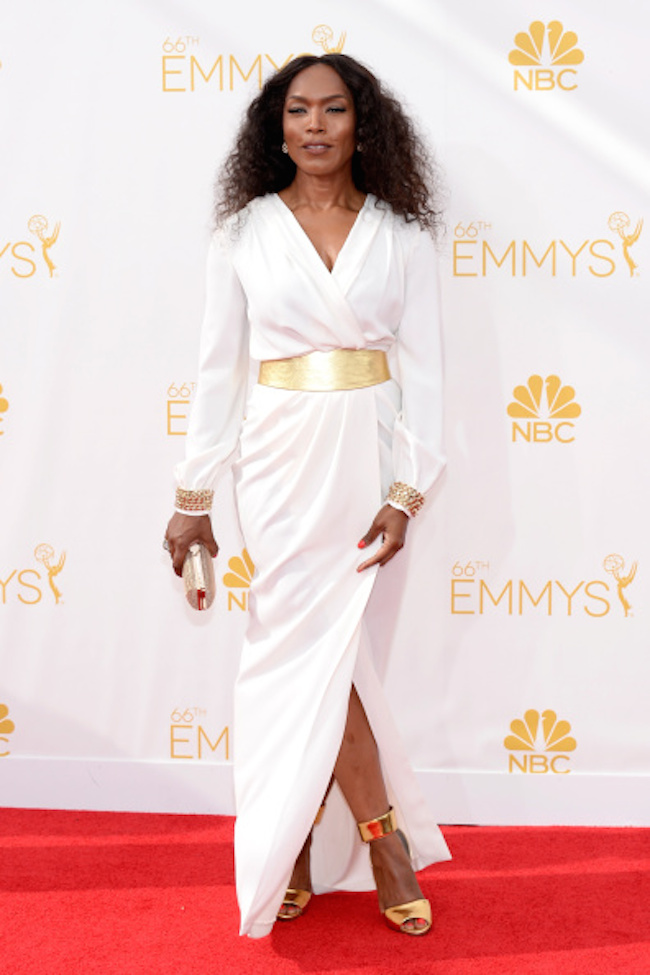 Best Mary Kate Olsen Look-a-Like (image: Getty)
Messy waves, a deep center part, a bed sheet belted at the waist and oversized accessories? Come on! Angela Basset is one pair of sunglasses and a Venti Starbucks cup away from being the long lost Olsen triplet.
Advertisement 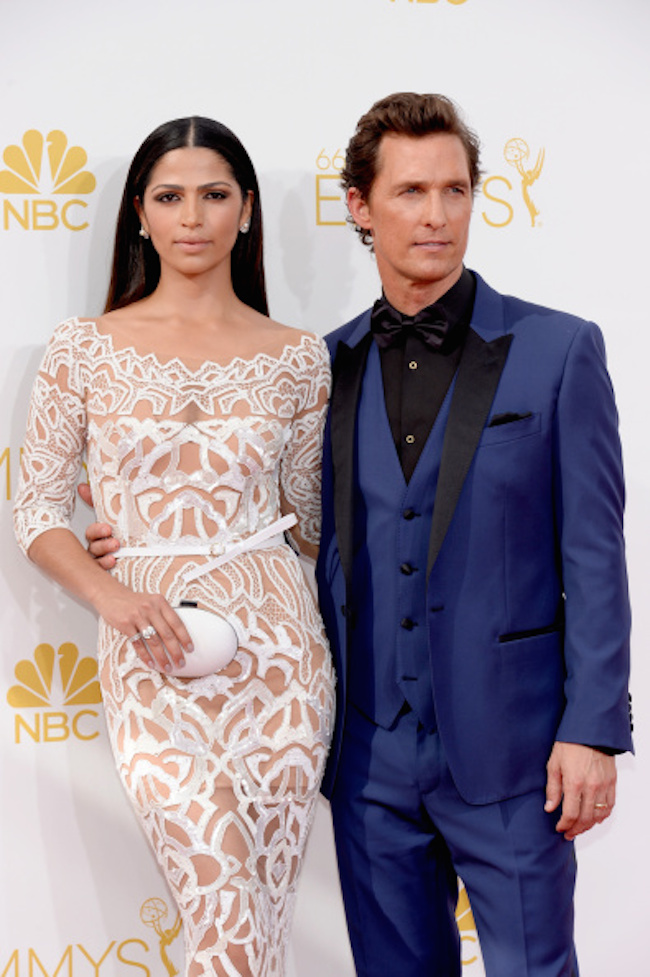 Best Spouse of a Nominee (image: Getty)
This could have very easily looked like a doily (and probably would have had it been worn by anyone other than the exquisite Camilia Alves) instead, it was jaw-on-the-floor stunning. The mosaic pattern gives the simple silhouette some life and probably got a few "alights" from McConaughey 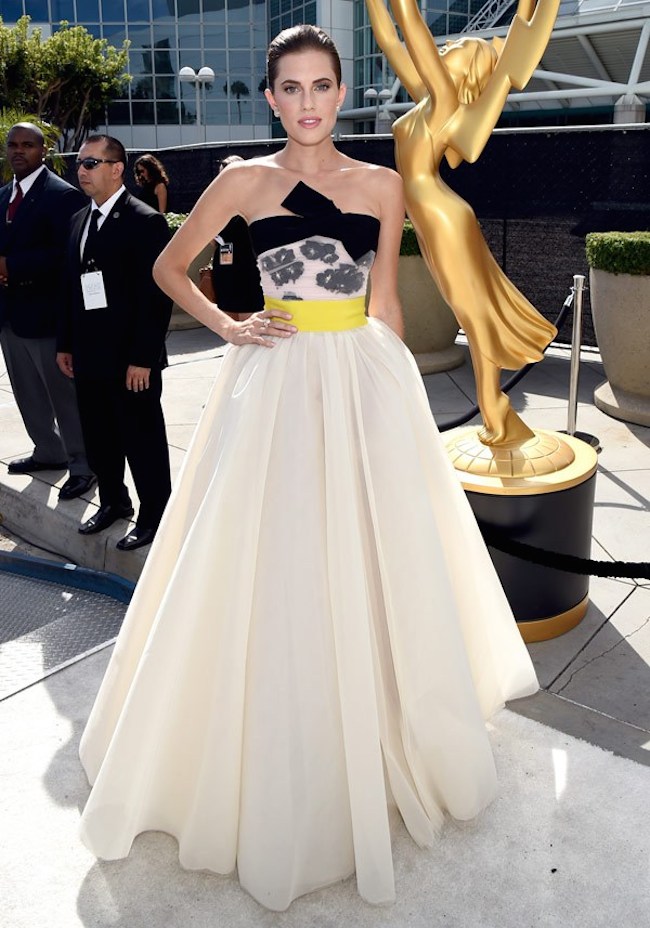 Best The Pretty Girl Saved This Dress Award (image: Getty)
This Giambasttista Valli dress only works because Allison Wiilliams is possibly the most elegant 26 year old alive. Her's is the kind beauty that can persuade a person to forgive the fact that this gown looks like it was made by the same people who design stationary for Target. 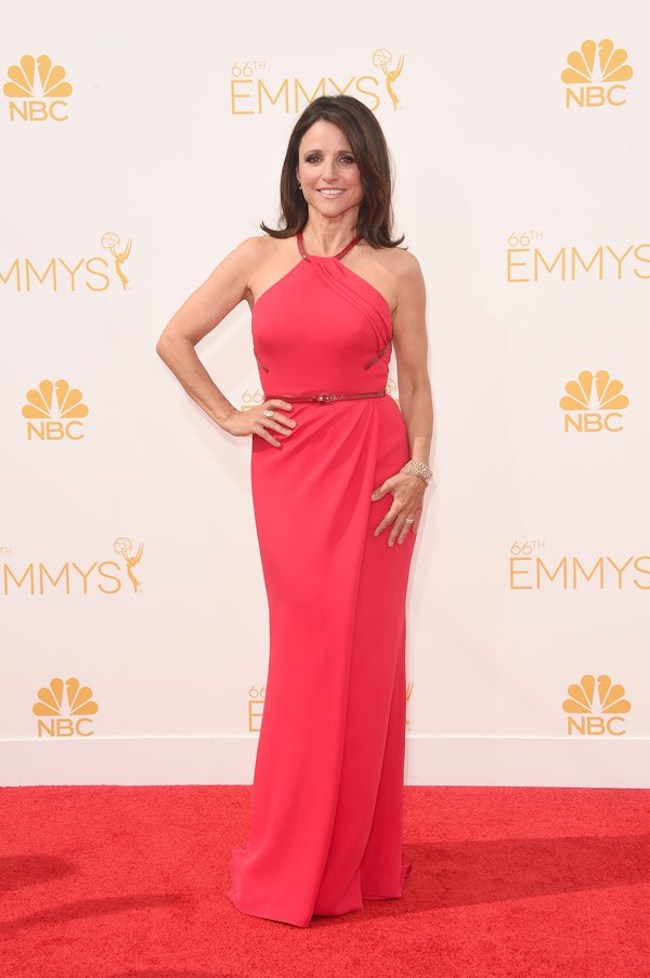 Best Dressed (image: Getty)
This is exactly the way every girl wants to look when they run into their (Seinfeld) ex-boyfriend. No wonder Bryan Cranston couldn't keep his mustache lips off of her! 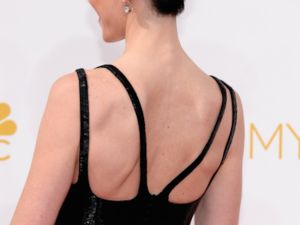 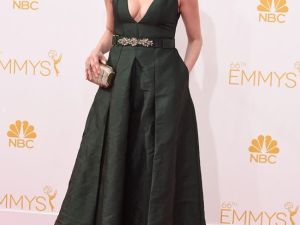 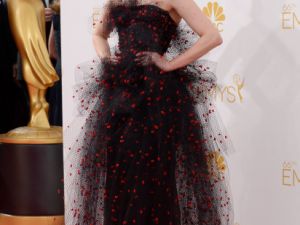 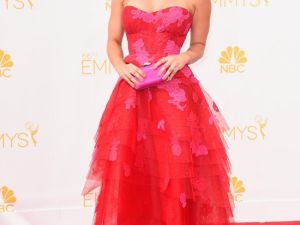 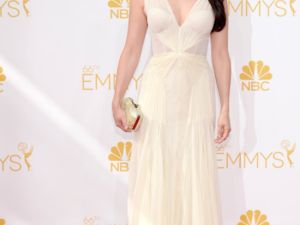 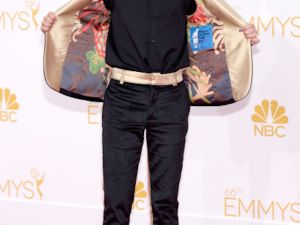 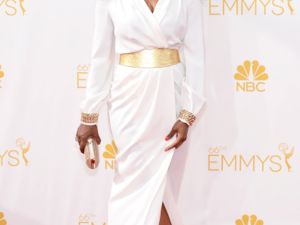 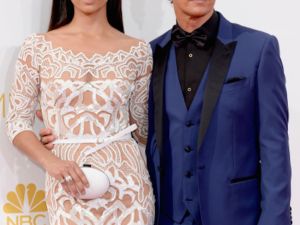 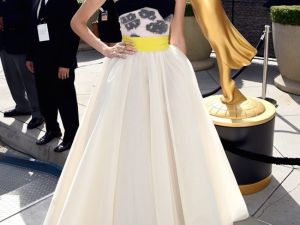 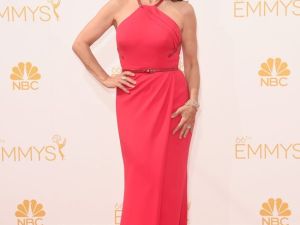 To be frank, the 66th Prime Time Emmy Awards was kind of a snooze-fest. As anticipated, Breaking Bad and Modern Family took home most of the awards, the jokes were meh, the speeches were predictable, and it lasted for three hours. It wasn’t all bad though. The host of the evening, Seth Myers, had a funny bit about HBO and Bryan Cranston unexpectedly laid a heeby-geeby inducing wet one of Julia-Louise Dreyfus.

Per usual, my favorite part of the evening was the fashion. After watching the show, I am of the belief that every man in attendance was given a mandatory black, satin lapel memo. I’m also quite certain that Warby Parker and whoever is famous for making bow ties was thrilled that the George Burns look made a come back. The women however, were much less organized in their attire. There was lots of fabric –particularly in the form of mermaid gowns–mostly shiny, some in red, some in shades of blue, or green…sigh. Wasn’t great people, wasn’t great.

And because I could think of only one way to entertain myself during yet another one of Jim Parsons’ acceptance speeches, I put together a list of totally made up – I mean, totally legit — fashion superlatives ranging from the Best to the Best of the Worst at this year’s Emmys Awards.