Vinnie: For Drama, as much as Vince Gilligan has become the showrunner God that reigns supreme over all other showrunners, I think this one comes down to True Detective vs Game of Thrones. Basically, it is tracking shot v. tracking shot.

There’s that super long one from TD.

Or the super circular one from GOT.

Even though 6 minutes is longer than 53 seconds, I think “Watchers on the Wall’ had more going on besides the tracking shot, so Neil Marshall gets the….nod.

As for Comedy, do I want Jodie Foster to win because she’s Jodie Foster? Or Gail Mancuso to win for letting me tell people she’s my aunt since 2009? Decisions decisions.

For Comedy: The only reason I don’t want Jodi Foster to win is because she has a tendency to give overly emotional, basically incoherent acceptance speeches. Spare me the sequel of the “I’m not honey boo-boo” rant of 2013.

Is there such thing as a sympathy vote? Because if there is it would have to go to Paris Barclay for having to endure the no-doubt excruciating process of filming Glee’s uncomfortably hyper-sexual rendition of ‘Toxic’ performed by high school cheerleaders who apparently moonlight in the Red Light District….Barf city.

Jack: Glee is still on television?

For drama, just give it to House of Cards. Pile the awards high before the third season totally sucks. Besides, if you didn’t get chills from the final scene of the season 2 finale, start walking away from me.

And for comedy, Silicon Valley had an incredible ensemble cast who totally nailed it in the pilot.

Vinnie: As, uh, sweet? Hot? Whatever that kiss is from House of Cards, Neil Marshall directed a way better one in Thrones, because that’s what men do.

Molly: How come Mad Men isn’t nominated for anything?! 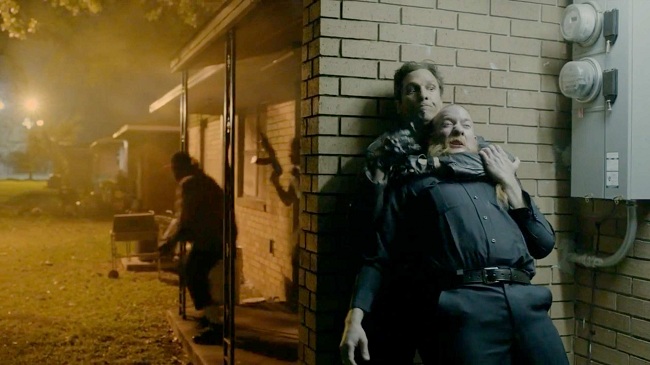