BELLEVILLE – Elbows on the felt table top, veteran Democratic Party political operative Phil Alagia looked across the void in a room crammed with party members getting a groove on as a bow-tied dealer dealt another round of chips.

The leaden eyes betrayed no emotion in the waging of another gamble.

But the real test was going to be for Chairman Leroy Jones and whether anyone showed up in late August to the Essex County Democratic Party’s annual fundraiser at Nanina’s.

Operatives worked the phones in the lead-up to peel people off their sun roofs for a few hours as summer sank toward Labor Day and, in this room at least, a keener apprehension of the Bergen County Executive’s race – and 2015.

Newark Mayor Ras Baraka was a no-show, fueling speculation about his political strategy and to date his apparent lack of interest in mixing socially with those countywide forces who tried to blockade his path to City Hall.

“He’s got his hands full with a budget crisis in city hall,” cracked an insider on his way to the gaming tables, a stack of chips in hand.

Baraka notwithstanding, almost everyone else – including some key Baraka allies – found the carpeted stairs to the second floor converted into a casino where the party organization hoped to generate around $100,000.

“District 4 is always hard, but Lenny’s an animal,” said Essex County Executive Joe DiVincenzo as Luciano bear-hugged someone up against the hors doeuvre table.

Jersey City Mayor Steve Fulop worked the room, ramrod at the head of the main staircase for a time before wandering into the main ballroom. He and Shavar Jeffries exchanged handshakes, stifling whatever ill will might linger as a consequence of the mayor’s race in a wholly civil greeting.

Towering above the crowd of county regulars, Assemblyman John Wisniewski (D-19), for his part, was the picture of silver-haired Joie de vivre.

The former Democratic State Party chairman found himself in a circle of insiders that included fellow Assemblyman Ralph Caputo (D-28), chairman of the Assembly Gaming Committee, telling people the investigation into the George Washington Bridge fiasco is not a CSI episode.

In Baraka’s absence, questions continued to circulate about the future of Essex County’s assembly people.

Assemblywoman Cleopatra Tucker (D-28) and Caputo both backed Baraka. Assemblywoman L. Grace Spencer (D-29) and Assemblywoman Eliana Pintor Marin (D-29) did not. As the city prosecutor since relocated to the auspices of county government as a labor attorney, Spencer stayed out of the mayor’s contest.

Baraka’s continued decision not to appear at county party organization events had some insiders muttering about the possibility of a 2015 Democratic Primary, and speculating about whether Baraka will work with Jones or mount his own slate of City Hall renegades.

Ever the gracious host, Jones was unfailingly political when PolitickerNJ asked him what’s going on.

“We have the best legislators,” he beamed, then added with a twinkling twist of irony that no one’s infallible. 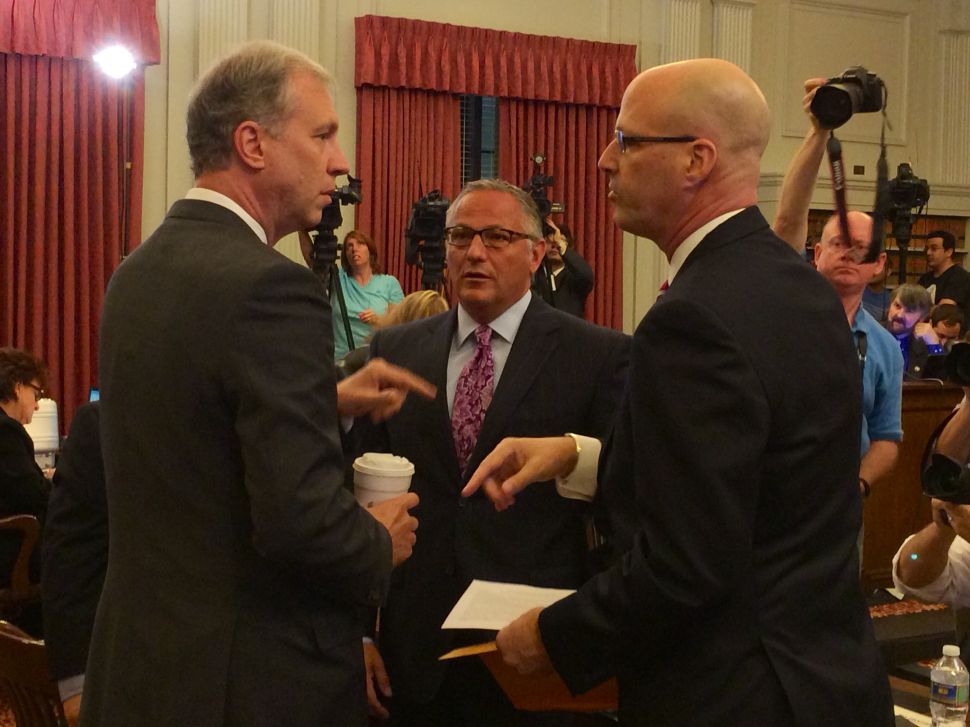