Beyoncé, wiggly iPhone and all. (Screengrab via instagram.com/beyonce)

This shouldn’t surprise us, because Beyoncé keeps tighter control of her image than pretty much any other star. But it’s still disappointing to learn that her latest Instagram photo appears to have been edited for maximum ***flawless-ness.

The telltale signs: the iPhone and wine glass on the table both look warped. This makes it seem like the singer (or more likely, her “people”) used editing software to alter her thigh. Or she just likes her pinot from an oblong glass! It’s impossible to tell.

The evidence isn’t as egregious as SOME stars’ shoddy editing (cough Kim K cough), but it is pretty sketchy. Some Instagram commenters have gone so far as to call Queen Bey out, referring to her as a “dumb birch.” Nothing like an autocorrect error to really drive your misogynist insult home.

It’s tough to get mad about this, though. Pretty much everyone is faking it on Instagram at this point. Plus, it’s pretty unlikely that someone will develop an eating disorder because of Beyoncé’s retouched under-thigh. But it’s still kind of a bummer; “waking up like this” should not include sophisticated post-production tools, Bey! We thought you were one of the good guys. 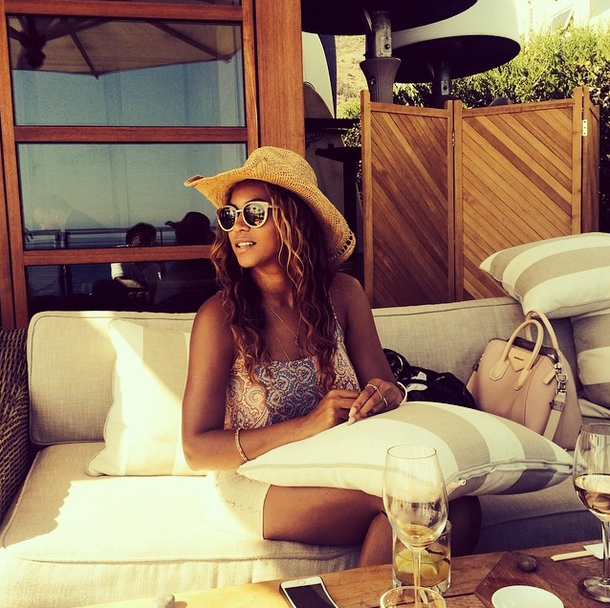