Look at all these spoilers.

Nothing. We know absolutely nothing.

People are saying (mostly communicating through the words “spoiler” and “sources”) that Colin Farrell and Taylor Kitsch are locked in, and that Vince Vaughn and Elisabeth Moss are all but confirmed. Just like Brad Pitt and Michael Fassbender were offered roles. Just like Jessica Chastain was going to be a lead role. Long story short, the only thing that the True Detective rumor mill churns out is bullshit until I hear it straight from showrunner Nic Pizzolatto’s mouth. And so far, basically the only thing he’s said is the series will be set in California. But (spoilers!!!!) not L.A.

But I did promise you some information in that headline, I suppose. So here is everything we actually do know about the second season of True Detective.

How did I get this bombshell information out of my sources, when no other outlet could? Well, I’d offer advice, but Rust Cohle can handle it for me. 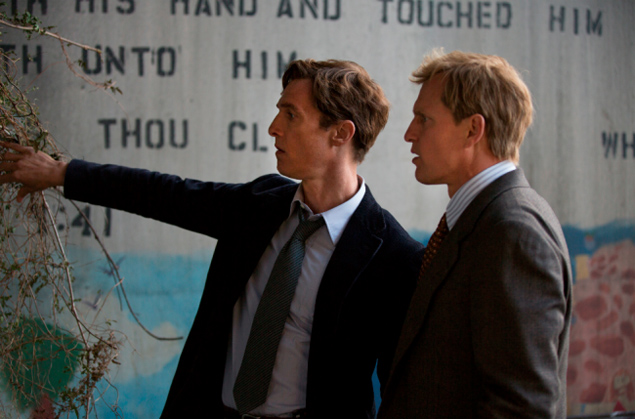