As we have been reporting, The London Times is in hot after refusing to publish an advertisement written by Nobel laureate Elie Wiesel. The advertisement, condemning Hamas’ use of child sacrifice, was previously published in The New York Times, The Wall Street Journal, Washington Post and The New York Observer.


First, The Times cited concern for reader sensitivities as its reasoning for rejecting the advertisement. A Times representative told the media buyer for Jewish Values Network, “In brief, [The Times] [feels] that the opinion being expressed is too strong and too forcefully made and will cause concern amongst a significant number of Times readers.” The buyer later asked if the ad could be edited to meet The Times‘ standards and was informed, “The editorial decision not to accept The World ad is not open for a negotiation regarding the content of the ad. So, I don’t want to waste your time with possible revisions. Many thanks for thinking of The Times to begin with.”

Yesterday, the Observer reported that The Times has not been as concerned about those sensitivities in the past, after the Comment is Free Watch blog revealed the shocking published material. The paper has published graphic and controversial cartoons and advertisements that are disturbing, if not more, than the advertisement sponsored by Rabbi Shmuley Boteach and the Jewish Values Network.

Now, The Guardian, known as the newspaper most hostile to the current Israeli government, has accepted the ad, a source with knowledge of the Jewish Values Network’s ad-buying practices told the Observer. Long known as biased against Israel, and a public editor acknowledged the paper’s reputation of antisemitism in 2011, the Guardian marks the sixth major news source that has run the advertisement without incident.

“The Guardian may be left wing but they obviously believe in free speech and allowing their readers to hear the voice of a Nobel Laureate about a very important issue,” the source told the Observer. 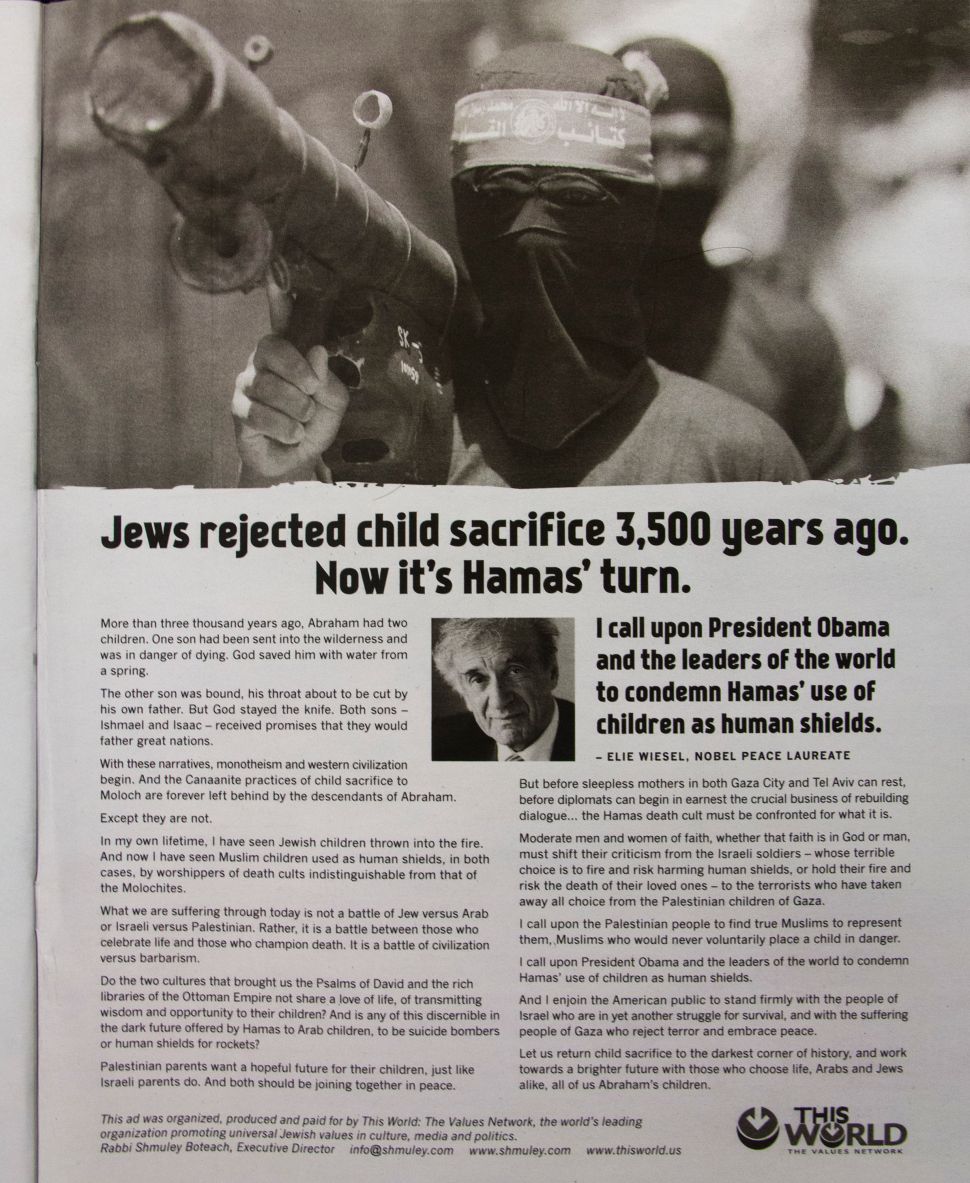