New Yorkers, nominally liberal bunch that they are, are apt to lament the Pentagon’s astronomical budget. See the city’s most recent mayoral contest for evidence of another of our bleeding-heart citizenry’s favorite villains: Inequality. But rather than get exercised about Manhattan’s lack of affordable housing and the big bad Military Industrial Complex, Jerry Kipper might recommend taking advantage of the latter, so that one has no need of the former. Why not make a bundle from the military so as to drastically expand one’s own personal definition of “affordable”? Mr. Kipper, the CEO and president of Kipper Tool Company—a designer and manufacturer of “Military Tested, Industry Approved” tool kits that won a federal contract worth nearly $19.5 million earlier this month, and another in May for more than $85 million—would have some justification in such musing. He and his wife Nancy, Kipper Tool’s CFO, just sold their penthouse at 30 West Street for $3.125 million, according to city records.

At 1,698 square feet, the condo does not exactly tip the scales as far as three-bedrooms go. But the couple managed better than $2,000 per square-foot for the place, a perfectly respectable figure given its Battery Park City locale. The listing, held by Gabby Chen of New York Residence, likens the resale, which the Kippers bought as a sponsor unit in 2007 for $2.382 million, to “a brand new apartment from the developer.” The former owners are based in Georgia, and the penthouse does indeed appear to be in pristine condition. (The same can be said of the spare, quietly modern furniture and furnishings, most of which come with the purchase.)

Northern and western exposures afford plenty of air and light, which are helpful when you have 10-foot ceilings and a home full of Brazilian cherry hardwood flooring to show off. There’s an open chef’s kitchen with all the high-end usuals, plus a pre-wired audio system. Perhaps best of all, buyers Paul and Joanne Hughes will enjoy views of the Statue of Liberty. Though they are, of course, unlikely as well acquainted as the Kippers with the extent to which freedom isn’t free. (Nearly) all yours with price of purchase. 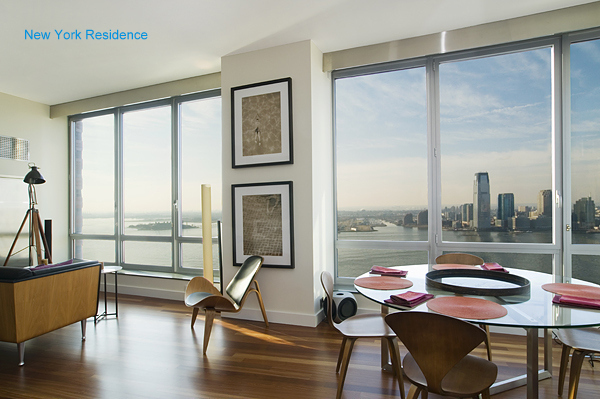