Last weekend, at Southampton Hospital’s 56th annual Endless Summer Party, Shindigger joined some 650 patrons for a surf-themed affair to raise $1.5 million for the Jenny and John Paulson Emergency Department. Though less visible than in the city, there is a lot of poverty in the Hamptons beyond the Gin Lane hedges, and there certainly are underserved citizens.

At the event, after pouncing on the G and T’s, Shindigger meandered about the tents on Wickapogue Road. Nearby, parking the flotilla of Range Rovers and Porsches was an almost entirely dark-skinned staff.

“All the service here is black!” whispered one floral-festooned female guest in the line trailing from the luxury port-a-potties. Shindigger, also a tad on the darker side, was secretly hoping someone would toss us their Maserati keys.

This recurrent visual theme can be jarring. Not that everyone working at a tennis club or catered event is underprivileged, but the class divide between pale, on one hand, and black and tan, on the other, is nothing if not in your face.

In the flick, Mr. Costner plays a widowed grandfather who is left to raise his bi-racial granddaughter after his daughter’s untimely death. However, when the girl’s paternal grandmother (played by Ms. Spencer) attempts to gain custody, a clash ensues.

“That little girl was happy in both places,” reasoned Mr. Costner as he batted away women requesting photo ops. “She was loved in both places and there was a lot of diversity, but she had the ability to flourish in both places, and I think it’s interesting how the movie pointed that out.”

On the subject of America’s racial divide, the actor told Shindigger: “I like the part in the film that talks about that it’s not our first thought, it’s our second or third thought about someone that counts. We see the reality of our differences and have our first thoughts—that I’m white or someone’s black—but what comes into our head after is most important.”

Later that evening, we found ourselves at The Public Theater for the opening night of the free Shakespeare in the Park production of King Lear, directed by Daniel Sullivan. This being Shindigger’s third or so fling with the tragedy, we were a bit weary, but the scenic design is impressive, and Annette Bening as Goneril was quite the added bonus. Theaterati Cynthia Nixon, America Ferrera, Sarah Paulson, Jonathan Groff and Tonya Pinkins also trekked to the Delacorte Theater for the event.

At a cocktail reception afterward, The Public Theater’s artistic director Oskar Eustis proudly explained to Shindigger that “in a democracy what matters most is that every person has an equal right to the benefits to the culture, and that’s what free Shakespeare is all about.”

Feeling the red wine kick in, Shindigger then strutted up to the man-of-the-hour, Lear himself, played by the first-class John Lithgow, to ask how he had unlocked his character’s moral decay.

“It was so important to crack exactly what was happening to Lear, as a result of the various crises and pressures on him,” Mr. Lithgow shared through throngs of admirers. “It’s like solving an extremely difficult cross word puzzle, because when you’re dealing with madness you can explain anything by saying he’s crazy—but there has to be logic.” The two-time Tony winner swirled a Stella Artois and seemed about to continue, when a heedless security guard abruptly cut him off.

“I’m sorry to interrupt, but you’re stopping the crowd from getting out,” he interjected. “We have to be out of here by 12:30.”

“Did you get enough?” Mr. Lithgow asked us worriedly.

If only Lear was so thoughtful. 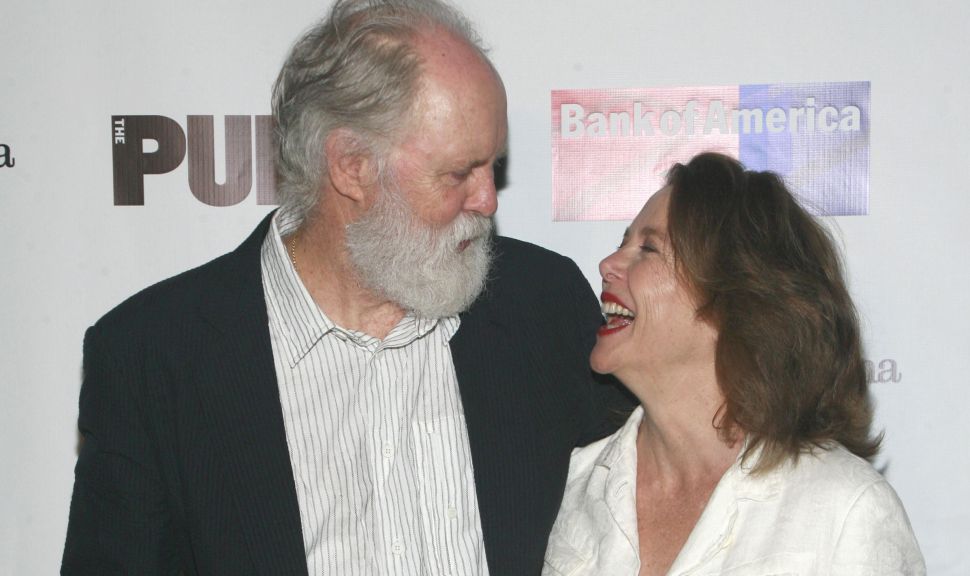