According to Grub Street, Mr. Weiner is rumored to be involved in a culinary venture headed by his brother Jason, the co-proprietor of Almond in the Flatiron District. The new project, Rockaway Restoration Kitchen, is a startup promising a “healthy, sustainable restaurant in a hard luck community.”

The non-profit would provide training and apprenticeship in culinary and food service jobs for unemployed New Yorkers. Placing this business in the Rockaways–still recovering from Hurricane Sandy–isn’t a bad idea. The goals are reportedly nutrition, education and restoration, according to the Rockaway Times.

The locally sourced food initiative will fit in nicely with the Rockaways recent surge into a fresh and eclectic foodie culture, drawing in a healthy crop of hipsters to join the Rockaway natives who backed Weiner through most of the hard times (no pun intended) of his last foray into the public sphere. Notably, he actually lost some interest there recently, so this project could be an attempt to rebuild his Rockaway voter foundation.

Though Weiner hasn’t made any public statements about his involvement yet, he’s been in talks about possible space for the initiative. 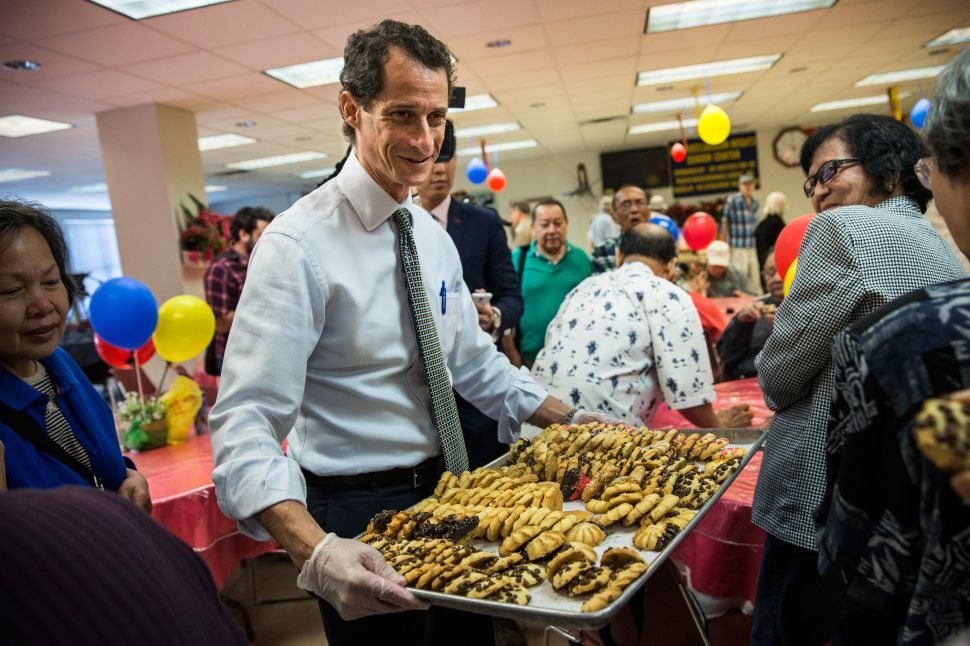