Jalak Jobanputra is founding partner of FuturePerfect Ventures, an early-stage venture capital fund. Previously, Ms. Jobanputra was a director at Omidyar Network, a senior vice president at the New York City Investment Fund, and at Intel and Lehman Brothers.

You’re a tech venture capitalist. Why are you in New York rather than the Valley? As an early-stage investor, you have to be close to the ground. There’s great stuff happening in the Valley, but there’s so much diversity here. New York is also a great place to keep tabs on innovations in emerging markets. In Bombay, there are intricate delivery networks for lunch boxes (tiffin wallahs). It’s a complicated network, and not necessarily software-based, but now we’re seeing similar networks emerge in the form of Postmates and Uber. Or in Kenya—when I was there five years ago, the local farmers were amazed that we didn’t have digital currency or mobile banking systems.

You’ve used the phrase “When third becomes first” to talk about the third world beating us to some technological advances. Why does that happen? Right now, mostly mobile technology. Mobile phone penetration directly correlates with GDP growth—a World Bank study showed that for every 10 percentage point increases in the penetration of mobile phones, there is an increase in economic growth of 0.8 percentage points in developing countries. I was an investment banker in media, telecom and tech in the mid-’90s, and that’s when I first saw this leapfrogging. Our cable infrastructure in the U.S. was more dated than the one in Europe, and as a result they were able to do interactive TV and video streaming sooner than we could. It’s harder to upgrade and create new solutions when you have entrenched infrastructure than when you’re starting from scratch.

What’s leapfrogging going to produce for us next? Telemedicine, connecting patients to doctors through mobile devices, has been around a long time in some of these developing markets. It could be simple feature-phone-based texting—I’m texting my symptoms, tell me what should I do? Now startups in the U.S. are looking at mobile technology to cut down on doctor visits and insurance claims.

What about bitcoin? What’s it going to take for us to be ready? There’s still a lot of friction using bitcoin. We have so much payment infrastructure in place, and while banks are very aware of what digital currency can do to their business—for instance, they’re aware of the problem with fees—they’re not going to do anything about them until they absolutely have to. Still, what we’re seeing is an awareness that this digital infrastructure and transactional system isn’t going away.

So you think bitcoin is the real thing. Bitcoin is interesting because the infrastructure allows for recording transactional data in a public ledger but decouples it from the identity of the people involved. We have all this data being collected by our devices, and the next generation of interesting companies is going to figure out how to sift through it in a way that’s more seamless and beneficial to the user.

Even if there’s hype around something new, I look for a nugget that can grow into something interesting and sustainable. I remember sitting in a conference room at Lehman in ’95 for the Netscape IPO. There was a sense of, “That’s a different way of looking at the organization of information and providing access to information to people who haven’t had access before.” I see a lot that at the core of bitcoin. There will be hiccups along the way as this technology rolls out, but I always think of the pent-up demand in the world for self-empowerment. There are billions of people out there who haven’t had the ability to empower themselves. It’s not because they’re not capable, it’s because they haven’t had the opportunity. 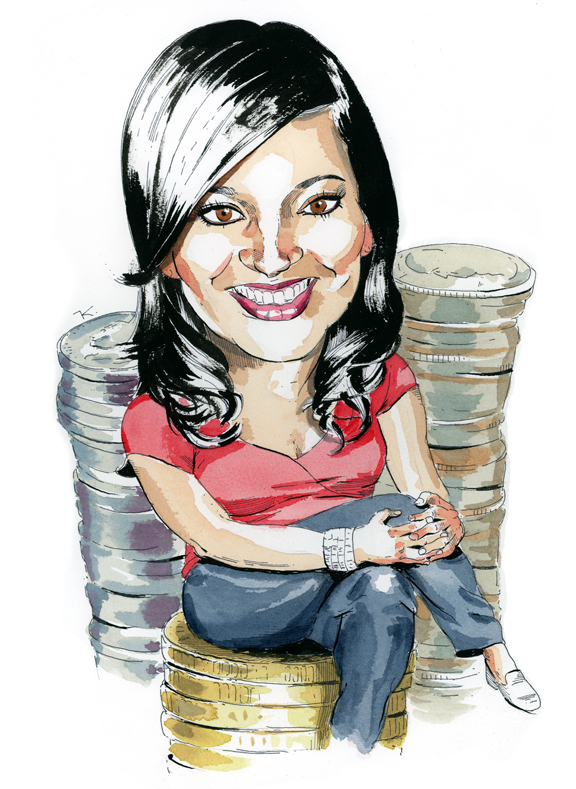