The Democratic conference may have given State Senator John Sampson the boot last year, but the former majority leader apparently didn’t get the memo.

Mr. Sampson indignantly told a rival at a televised debate last night that he was never expelled from the Senate Democratic conference after he was indicted–even though Democrats really did kick him out.

“You’ve been expelled from your caucus,” Sean Henry, a Democratic opponent, shot back.

A spokesman for the Senate Democrats confirmed to the Observer today what was widely reported last year: that Mr. Sampson, after he was indicted for embezzling money from foreclosure sales he oversaw as a court-appointed referee, was expelled. Mr. Sampson was stripped of his committee assignments, severely diminishing his clout in Albany. (Mr. Sampson was indicted again this year for lying to FBI agents.)

It was a stunning fall for Mr. Sampson, once the most powerful Democrat in the state legislature when he briefly served as majority leader. Another former Democratic majority leader, State Senator Malcolm Smith, also has no caucus after he was indicted on unrelated charges last year.

Mr. Sampson is facing Mr. Henry and Dell Smitherman, a former political coordinator for 1199 SEIU, in the Democratic primary for the eastern Brooklyn district. Though he has struggled to raise money and Mr. Smitherman is supported by a wide array of labor unions, Mr. Sampson still has superior name recognition in the area. The Brooklyn Democratic Party, now based in the district, is also supporting Mr. Sampson and hoping to stave off the influence of the labor-backed Working Families Party. 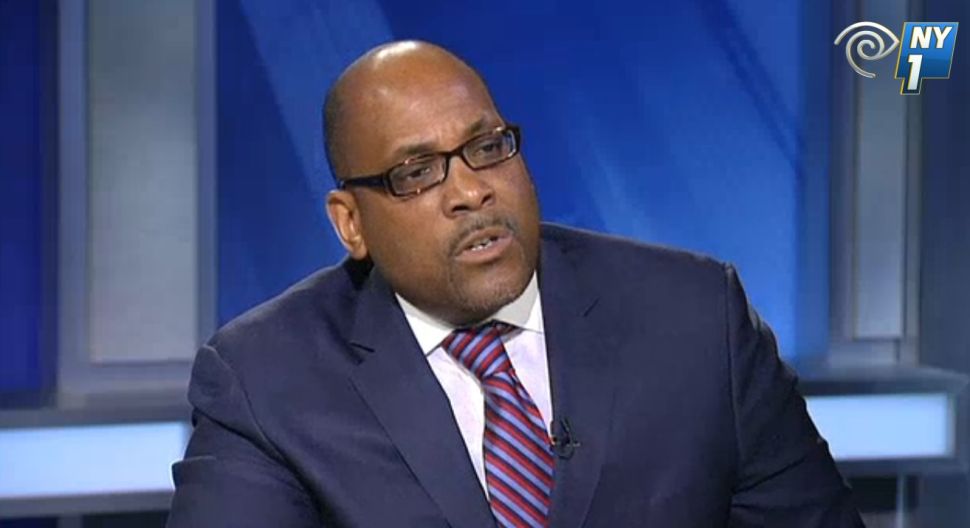