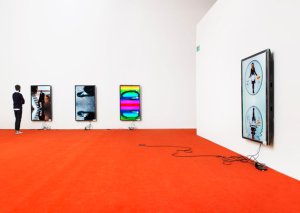 An intriguing notice recently appeared on the website of Team Gallery, the Soho institution that represents Ryan McGinley, Cory Arcangel and others. “team (bungalow),” it said. “306 Windward Avenue, venice ca 90291.”

Could it be that Team, a New York-only stalwart for all of its 18 years—first in Chelsea before moving 83 Grand Street in 2006 and opening a second location around the corner at 47 Wooster Street in 2011—is opening a branch out west? We called José Freire, the gallery’s co-founder and owner, and he confirmed the rumor: Team will open a gallery in the Venice Beach neighborhood of Los Angeles. As the message indicated, it will indeed be called Team Bungalow, and it will indeed be at 306 Windward Avenue—just steps away from the bustle of Abbot Kinney Boulevard.

“It might be the smallest gallery in the city of Los Angeles,” Mr. Freire told us in a telephone interview. “We don’t want anyone to expect a 5,000-square-foot cube, but we’re pretty excited.”

Team will inaugurate the new space with a show by Mr. Arcangel, “tl;dr,” which will run concurrently with his show of the same name at the Wooster Street location.

“He’s turning the garage into a facsimile of a cheap electronics store,” Mr. Freire said.

This will be followed by shows by Margaret Lee, Pierre Bismuth, and Bradley Kronz.

Freire said it will be open three days a week (Friday, Saturday, Sunday) and there will be one full-time staffer in LA manning the fort — though Mr. Friere will be on hand to oversee the grand opening.

“I’ll probably be out there for the first few weeks,” he said.

The beach will be a few blocks away. Not a bad way to extend summer a little bit longer.