I was joining a foreign semi-billionaire-ish friend (one of the few who can still pull off a foulard) at Indochine when I was introduced to an international couple at the bar. I immediately recognized the wife, who had been the secretary of the owner of a production company in the ’90s.

“You must know Gunther and Cosima Von Snapp (not their real names),” Omar said, giving her a luxuriant hand kiss.

“Have we met? You don’t look familiar at T’ALL,” she said in a faux British accent.

“We have,” I said, “when you were Jean Claude’s assistant.”

“That must have been someone else,” she said, turning the color of my grandmother’s pearls.

“Oh no,” Omar explained. “Cosima went to the Sorbonne and is a Rhodes Scholar.”

“Cosima? Really?” I smiled, remembering when she was Gloria and wore butterfly clips in her hair and knee socks with clogs while pouring coffee.

“So you don’t know Jean Claude?” I mumbled, confused.

“I have no idea,” Cosima said.

“I must have mistaken you for someone else—I wear glasses now,” I said, trying to appease Gunther and preserve her ruse.

“They’re always from Arizona, the Midwest or Clearwater. Tall, blonde, ambitious. They always have a story but I see through the artifice.”

Our Lady of The East River, one of NY’s most credible bluebloods, rolled her eyes. We met over pinkie-sized tea biscuits in the perfectly proportioned drawing room of her anachronistic pre-war co-op, the type that terrifies prospective buyers and brokers alike.

“There is a social gal I know who laughs about her days as a stewardess. I have come to like her because she doesn’t try to pretend to be old money. You can spot an imposter a mile away,” she sniffed.

“How?” I leaned in as she blotted her lip with the razor-sharp pressed linen napkin.

“A few years back, at a North Shore BBQ, my friend’s son brought his new fiancée. She was pretty but shiny and tried to pass herself off as a member of a well-known family, as she possessed the same last name.”

“A member of the family arrived on the scene. I introduced them as long-lost relatives.”

“It wasn’t pretty. She fled in tears.”

“Did they ever get married?”

“She tried to crack a hard crowd but she just didn’t have it. The girls who do have originality. They embrace who they are.”

“And your friend’s son?”

“He ended up being gay. His husband is from [one of the most prominent social families.] It’s all about good breeding,” she declared. “They’re the most divine dinner guests.”

While spin class is the norm among the city’s fit and stylish, there’s another form of spinning allowing people to exercise their egos—and their reputations. The New York press release exists to let people know how wonderful and fabulous things are, promoting new and improved identities, businesses, bank statements and even one’s children.

“I really hate to admit this, but I unfrienDED her.” At Balthazar, FEFE (Famous Eligible Female Executive) spoke about a controversial friend who has invented a party girl image through social media.

“She pretends to be someone she’s not,” she said. “When she started dating this supposedly ‘amazing guy,’ every five minutes she was posting photos of them partying in fabulous destinations, pretending to be on the social circuit. I don’t need to feel badly about myself that she’s in St. Barths and I’m inviting someone from Match to business events.”

“You actually believe everything is wonderful with Mr. Fabulosity?” I asked.

“Even if it’s all an act, and they are a fake couple, it makes me feel bad that I’m not out there with my press release. Even if I am dating now.”

I appraised an iPhone photo of our suspect. “She’ll be on the market soon enough.”

“Really?” She dug into the basket of frites.

“Implants are only really novel for the first 10 dates,” I advised.

Just back from Capri, we checked into the Sagamore, a turn-of-the century pile on Lake George. After weeks of La Dolce Vita style, men in speedos and women flaunting gold watches the size of bread plates, it was refreshing to see American families eating bacon and eggs in running shoes.

Dana and I met friends at Mister Brown’s Pub for a bubbling spinach and artichoke dip on the terrace. “Don’t look now,” my friend said, seeing a very tall New York family scouting a table.

“Is there an issue?” I added, sipping a Sam Adams.

“They’re just full of themselves, and full of it,” my friend said. “They brag about their real estate but no one’s ever been to their apartment because it’s a rental. There’s nothing wrong with that—but then don’t pass yourself off as a MACHER.”

“I hope the X’s [another couple] don’t come over,” the wife looked away.

“She tells everyone her son got accepted into USC and is acting and modeling in L.A. I later find out he is locked away in a drug rehabilitation program in Malibu with my friend’s daughter. The boy’s mother actually believes he’s at an IVY.”

The next day proved to be an old-school style road trip through the Green Mountains. We took snaps beside a macintosh red covered bridge over a rushing gorge. An older couple stopped and asked if we would like our picture taken.

“Everyone is so real and authentic here,” Dana observed.

“Could you ever get a house here?” I asked.

“Absolutely NOT,” Dana said flatly. “I would go out of my mind with boredom. Everyone’s too real.”

“I would go stir crazy in the winter,” I said. “Like Eva Gabor says: give me Park Avenue.”

“As fake as New York is, I would miss the world-class spinners,” she yawned. “And where would you get all your material?”

Richard Kirshenbaum is the CEO of NSG/SWAT and the co-founder of Blackwell Fine Jamaican Rum. Follow him on Twitter: @rkirshenbaum. 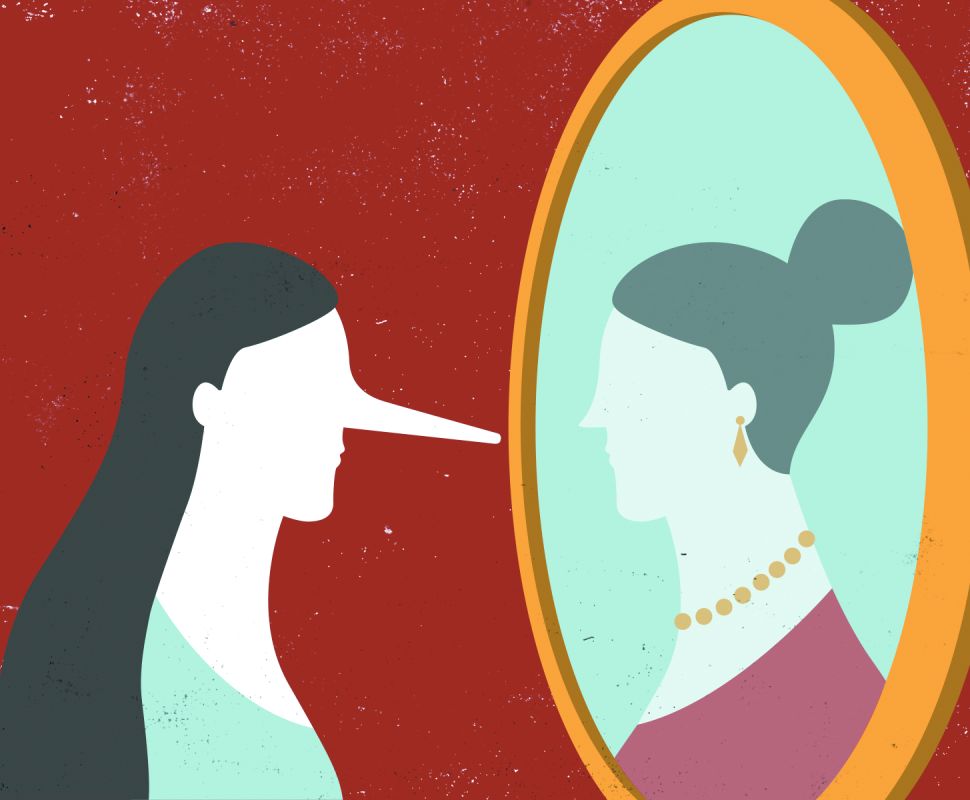