RED BANK – Joe Kyrillos’ perspective on New Jersey politics has roots in his Monmouth County home, but has stretched statewide because of a word critical in Garden State politics: relationships.

The veteran Republican state Senator from the 13th Legislative District, who has served in the Legislature since 1988, has built a network from his Middletown home base that has extended around New Jersey, as evidenced during his unsuccessful bid for the U.S. Senate against Democratic incumbent Bob Menendez in 2012.

Kyrillos’ close political and personal alliance with Gov. Chris Christie is well known. The governor even played matchmaker for Kyrillos and his wife, Susan.

In a phone interview with PolitickerNJ from his Red Bank office, Kyrillos, 54, riffed on Republican power in Monmouth, as well as the direction of the GOP in the Chris Christie era.

Some political observers maintain that in his role as the Republican Governors Association (RGA) chairman and a potential 2016 Presidential candidate, Christie is neither engaged with New Jersey politics nor local GOP party building.

“The problems in New Jersey are significant and we need the full participation of everybody to deal with them, starting with the Governor and on down to the legislative leadership. The truth is that we’re not as successful a state as we have been historically. We’ve got to do things differently and smarter,” Kyrillos said. “These questions come down to practicality, and these problems require lots of full-time, wide-eyed attention.”

“Unfortunately, in terms of demographics and voter registration, New Jersey Republicans are not on an equal footing. Most of the challenge is rooted in that,” Kyrillos said, adding that he feels that the current state legislative redistricting map makes it “nearly impossible” for Republicans to achieve sweeping victories. “Despite that, we’ve got strong Republican caucuses in both houses of the Legislature. We control county courthouses, we control many municipalities. We’ve got to build on that success.”

But if the GOP wants to improve its chances, the party has to “change attitudes” towards it, according to Kyrillos.

“The country is changing, and New Jersey is changing,” Kyrillos said. “When I ran for the U.S. Senate, I won the white vote statewide by 10 points, even with Hurricane Sandy. I won white women statewide. But I lost the black, Hispanic and Asian vote so disproportionately that I lost the race by 19 points. There is a default mindset that the Democratic Party is the party for them. We undoubtedly have to change that dynamic and get a piece of those communities. We need to better explain our policies and goals for the future.”

Regarding fundraising, Kyrillos pointed to a key difference between national and local efforts.

“When Chris Christie goes around the country and raises money for the RGA, that’s ‘free’ money, so to speak, in the political sense,” Kyrillos said. “It’s corporate money, but no caps. It’s a very different type of fundraising mission. At home, there’s a lot more restrictions. I’d love to do my part for Jeff Bell, but I’ll leave it to others to do even more.”

The Republican Party has been dominant in Monmouth for decades, despite a slight party registration advantage for the Democrats and the aggressive leadership of Monmouth County Democratic Chairman Vin Gopal. Kyrillos pointed to Monmouth County Sheriff Shaun Golden, who was elected GOP county chairman in June, as the person to maintain Monmouth’s status quo in the face of shifting demographics.

“Monmouth is a very strong Republican county, and Shaun Golden, who is a young man, will be a strong and able leader,” Kyrillos said. “But the party is bigger than Shaun. We have a strong Republican state legislative delegation with a strong organization behind it. I wish the state of New Jersey was run as ably and successfully as Monmouth County and its individual municipalities. If New Jersey was run like Monmouth County, we’d be better off. It’s the thirty-year-olds looking around now, looking at problems that need to be fixed now, who will reap the benefits.”

Kyrillos firmly believes that success will continue in the county freeholder races in the fall, when GOP incumbents Lillian Burry and Gary Rich will try to stave off Democratic challengers Giuseppe “Joe” Grillo and Larry Luttrell.

Grillo and Luttrell lauded the appearance of U.S. Sen. Cory Booker (D-NJ) at a Wall Township fundraiser several weeks ago, feeling strong with Booker at the top of the ticket this year.

Yet Kyrillos had a distinctly different take.

“I don’t agree with the premise that it’s an inordinately competitive race,” Kyrillos said. “Nobody should bank on anybody. Voters are discerning. If people are counting on a [U.S. President] Barack Obama-style landslide to help them, they better wait for the next time there is a landslide Presidential election, when it ever comes again.” 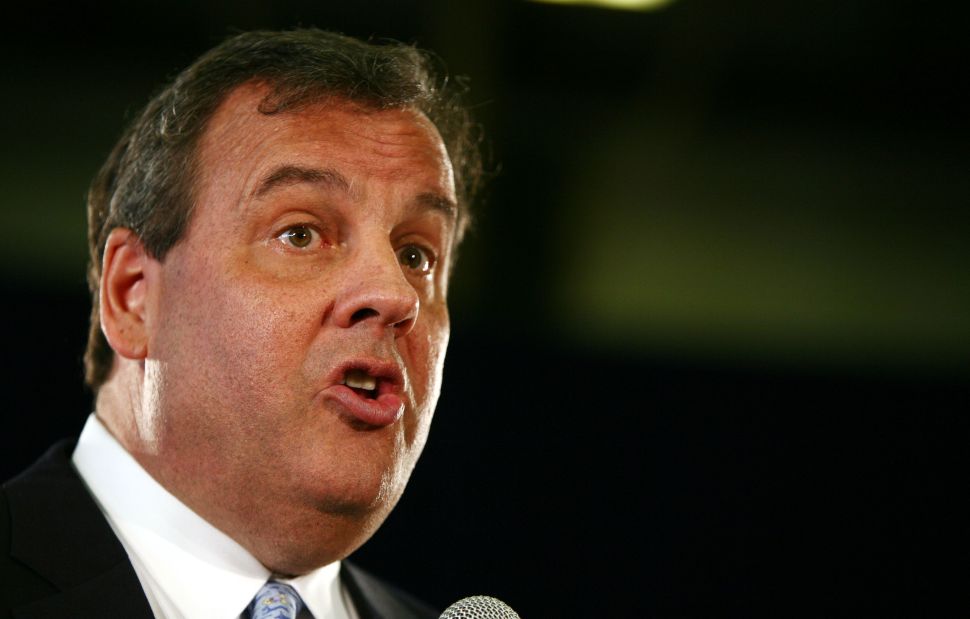