On the day of the news of James Foley’s beheading, I was very sad. I thought he looked so brave, and I have a lot of respect for Americans who take an interest in the Middle East. I felt I could relate to him, and his death struck me on a personal level.

Naturally, I wanted to see the video the terrorists had released of his beheading. But every link I would click — there was nothing. All sites had removed the video.

The next day, one friend told me he had watched it, and sent me the link. I’m not going to link it here because I don’t want everybody to think I’m weird — but it was on LiveLeak.com, which I had never heard of before.

Watching it was horrifying, although I was surprised that ISIS took out the most gruesome part — it turns out that even monsters have a shred of decency. I had a lot of trouble sleeping that night.

But I certainly don’t regret watching it. Out of respect for James Foley, I, as an intellectual, had to watch this video to gain insight into the psychology of these killers, in order to better understand them and to work towards the goal of something so atrocious never happening again.

The video is a primary source. When I watched it, I heard how Foley read his statement. I heard the accent of his killer. I paid close attention to the camera shots they used. All of this information helped me to better understand this atrocious crime. Someday — it is a lofty ambition, I know — I hope to be in a position where I can use my understanding to prevent a crime like this from happening.

The strangest argument, in my opinion, is that watching the video assisted ISIS in disseminating their propaganda. How could this video possibly be considered ISIS propaganda?!! If anything, watching this video is what made me truly hate ISIS – it sent me into a state of rage! Immediately after watching it, the President could have told me we were bombing whoever, whatever, and I would have been behind him 100%. It made me feel the same way I felt when I watched the Twin Towers collapse.

Are we still allowed to watch video of that by the way? Are twin towers vids off-limits on the internet now? I haven’t checked…

There is an escalating trend on the internet right now of self-censorship, especially by the biggest sites like Youtube and Twitter, that is getting out of hand. The internet was supposed to make information free.

The iconic photo of the monk setting himself on fire in Vietnam changed the course of the war. It is a historical primary source – it is even the cover of a Rage Against the Machine Album.

If Vietnam were happening today, would we be allowed to see this photo? Would sites ban the photo in an act of self-censorship?

When the Gulf War happened, I was a little kid. I remember watching a documentary after the war about how the government had started heavily limiting journalist access to warzones, which is why we don’t have gruesome footage of the Gulf War at the level of Vietnam footage. I remember thinking to myself “Jesus, this is sick. The government is acting like Orwell predicted.”

But the end result that we are witnessing today is far more nefarious than Orwell’s prognostication. The government doesn’t need to act Orwellian – corporations and individuals have adopted a brain dead mentality and are willing to carry out censorship on their own.

An earlier encounter I had with internet censorship ended sadly. I am referring to insane shooter Elliot Rodger’s manifesto — I made stupid, insensitive comments in my annotations and I deeply regret it. I was so ashamed that I resigned.

The way I would annotate on Genius was to create some annotations and then later revisit them for revisions and edits — I didn’t think anyone would be reading what I wrote so soon!

But I still haven’t changed my mind on one thing: even though my annotations were insensitive, and they sucked, the document needed to be annotated on Genius! The night before I made my annotations, I’d had a long debate with other editors about whether the manifesto even belonged on the site. I can’t believe this was even a question. When a maniacal sicko produces a primary source, close reading of the source can help us better understand the sicko and prevent horrifying crimes like this from repeating in the future.

The reason I got so into Rodger’s manifesto is because his crime truly horrified me. Santa Barbara — especially UCSB’s campus — is a sacred place for me, a place where I’ve spent a lot of time, a place that makes me extremely happy. So I was obsessed with this crime that defiled my place of peace and solitude — I wanted to make sure it never happens again.

Yesterday, I saw Foley’s killer’s rap video on an obscure website. This is a music video — there is not even any violence — I think anyone who has sympathy for Foley must certainly watch this to gain perspective on the sick mentality that lead to his death. While YouTube hasn’t taken down the video, the lyrics have not been annotated on Genius yet, which upsets me.

I have tremendous respect for James Foley, I hope he rests in peace, and I want to digest all of the primary sources related to his murder so that I can grasp the mentality of his killers and try to prevent horrifying crimes like this from happening in the future.

P.S. Here is the rap video. Notice he can’t rap for shit, I am 100 times better rapper than this asshole:

Mahbod Moghadam aka @MahbodMoghadam is an okay rapper. Not that good…. he is a founder of Genius. 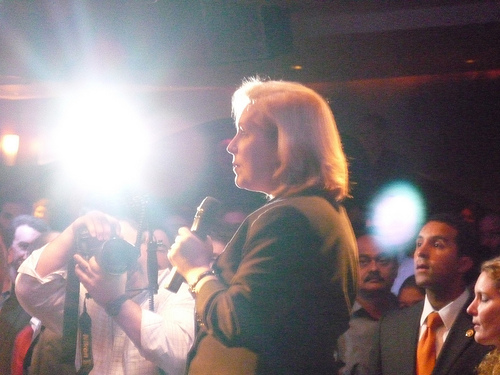