A Manhattan Assembly candidate declared last week she supported a law that would significantly weaken the power of organized labor, but one of her most powerful supporters brushed off the comment as a simple “mistake.”

Congresswoman Carolyn Maloney said today that Rebecca Seawright, an attorney and front-runner for an open seat on the Upper East Side and Roosevelt Island, simply “misunderstood the question” when she told a rival at a televised debate that she supported making New York a “right to work” state.

“She misunderstood the question. She’s obviously pro-labor, that’s why labor is supporting her: the UFT, 1199, 32BJ,” Ms. Maloney told the Observer. “She made a mistake. We all make mistakes. Have you ever made a mistake? In any event, I’m supporting her and I feel she will bring an energy and a dedication to helping the community.”

David Menegon, a rival in the Democratic primary, asked Ms. Seawright at the NY1 debate on Friday if she would want to make New York a “right to work” state. Ms. Seawright, either not understanding what a “right to work” law is–on the books in 24 states, the law bars union contracts from requiring non-union members to pay fees for representation–or initially voicing support for the law before rethinking her position, said she would be in favor of bringing “right to work” to New York.

“I think [New York] should be a ‘right to work’ state and I would totally support that,” Ms. Seawright said. “I think it helps the economic base of the city and I think that the unions backing me would agree.”

Unions in fact vociferously oppose “right-to-work” laws because they limit the amount of money they can raise and hurt their ability to recruit members. After the debate, a spokesman for Ms. Seawright–who is backed by many unions–insisted she would not make New York a “right to work” state. Her rivals, however, pounced on her remark.

“Look, it’s the campaign season. What do you expect?” Ms. Maloney said.

The incumbent, Assemblyman Micah Kellner, is not seeking re-election. 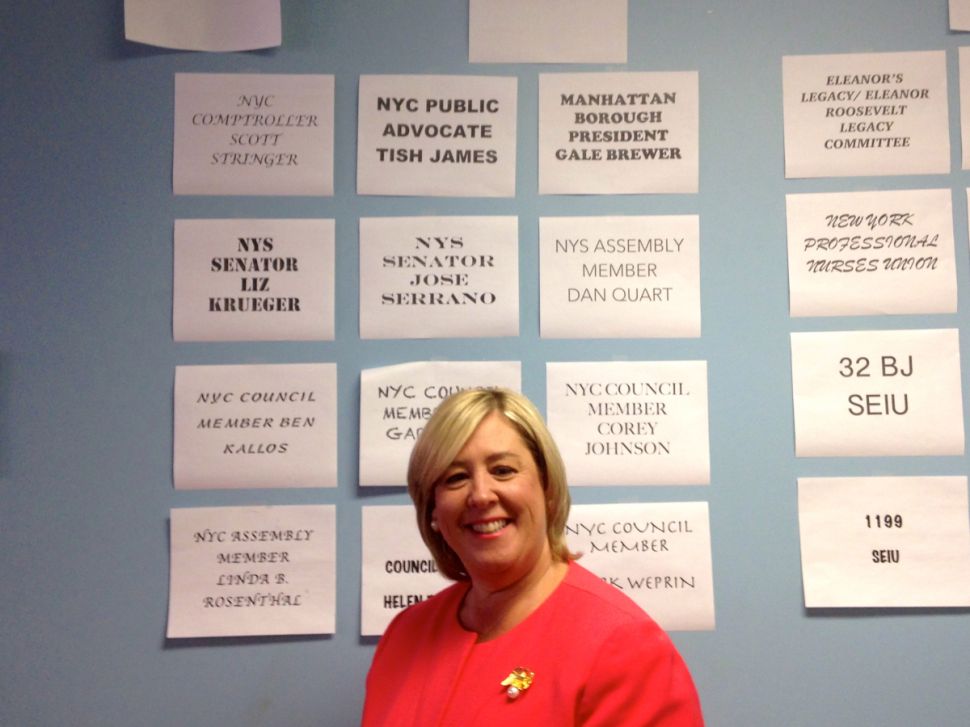