Top 10, so this has got to be a big time group challenge. That is why the home cooks are walking on to a football field. Not just any football field, the Thousand Oaks High School football field. That’s right, the Lancers. For the team challenge, the home cooks need to run the concessions for the football game in few hours. Cutter is psyched because he’s from one of those towns in Texas that takes high school football way too seriously. Courtney is excited because her family has been selling concessions her whole life and she’s a team captain. Since Courtney and Jaimee had the best pasta last week, they are the team leaders. Jaimee is little worried about leading since she can barely speak and is always ready to be scared of something. Holy crap, Jaimee is only 23 years old? I get the thrift store old lady clothes but combine that with voice of an elderly woman who’s gasping for her last breaths, there’s no way I’d think Jaimee was still Real World eligible.

Picking teams is going to be different. This time each leader picks people for the other team. Jaimee goes first and picks Leslie to be on Courtney’s Team Blue. Courtney then sends Cutter to the Red Team with Jaimee. The teams end up as Red with Jaimee, Cutter, Daniel, Willie and Elizabeth and Blue with Courtney, Leslie, Christian, Ahran, and Victoria.

The teams have one hour to prepare the food that will be served to the spectators throughout the game. The spectators will be voting for the winner. Chef Graham explains that the teams will be making classic all-American food, hamburgers (German), and fish tacos (Mexican). If someone takes a burger from the Red Team, they must also take a burger from the Blue Team.

Time to meet the players of tonight’s game. O.K., this isn’t even a real varsity high school game. It looks like ninth graders wearing MasterChef jerseys playing flag football for NFL Play 60. Special guest NFL Hall of Famer Eric Dickerson explains that NFL Play 60 is a program to help fight childhood obesity. Gordon Ramsey announces that MasterChef has made a donation to Thousand Oaks High School. Good thing because Thousand Oaks is only seventh on the top 10 wealthiest cities in America and if we’re not careful they’ll slip to No. 8.

One hour prep time starts now. Jaimee comes out leading strong and makes the bold suggestion to use all of the shredded cabbage they have in their outdoor kitchen supplies to make a “badass” cole slaw to put on the burger. The rest of the team shuts that down right away. Daniel says the burger is going to have thousand island dressing, grilled onion and lettuce, no slaw. Jaimee folds right away. She is obviously disappointed that her first venture into assertiveness didn’t pay off but at least the slaw burger was defeated. Oh, and the teams are making turkey burgers because this is supposed to be promoting health. The Red Team is making their fish tacos with corn slaw.

Over at the Blue Team, Courtney is in charge. Nobody questions Courtney’s decisions to use the avocados for the burger, not the tacos. Blue is making a guacamole burger and fish tacos with a cilantro lime cream sauce.

Judge chat. Graham says that the Blue team has the muscle and Courtney is going to be able to use it. Joe’s not sure about Jaimee as a captain because who would be? She’s not a leader but Gordon points out that she’s a talented cook. He even says talented twice.

Nobody is listening to Jaimee. It might be because she’s impossible to hear or it’s that nobody cares about what she has to say after that cole slaw idea. It doesn’t help that Cutter isn’t able to speak without yelling. Whatever the reason, the Red Team looks like a mess.

Christian is mixing up the Blue Team’s burgers with worcestershire, oregano and eggs. Lots of eggs. The meat is too wet because of all the eggs put in. Gordon checks on the Blue team and he’s concerned about the burgers. As he puts his hand in the wet meat Gordon says that the burgers will stick to the grill, “like shit to a blanket.” The best quote of the season by far. If you’ve ever gotten shit on a blanket you know exactly what he’s talking about. Guess it’s all over for ‘ol Blue. You can’t grill your burgers and the crowd is beginning to enter the stadium. Christian decides to cook the burgers on the flat top. Crisis averted. What about the fish tacos? Leslie isn’t seasoning them enough. Courtney asks him to add salt but he won’t listen.

Cutter can’t handle his fish either. They’re all breaking up on the grill. Jaimee tries to raise her voice to threaten Cutter that she’ll move him off fish if he doesn’t get it together. Joe, who is not a chef, has to show Cutter the right spatula technique so he’ll stop destroying the fish.

The judges taste all the food right before it gets served. Joe says the Blue Team’s tacos are bland, however, Christian’s wet burgers cooked up on the flat top perfectly. All the sudden Christian is a genius. Joe says he “nailed” the seasoning. Now that the judges say the fish is bland, Leslie will add that salt that Courtney was asking for.

Over at the Red Team, the judges go to take a bite from the burger but it’s raw. Daniel isn’t grilling the burgers enough. Graham bites into the fish taco and it’s completely bland. They got problems. Jaimee makes another leadership attempt by saying slightly louder than conversational volume, “Make sure that fish is cooked. Make sure that turkey is cooked.”

The marching band takes the field and it’s time to start serving. The Blue Team is working together well. Everyone is getting served.

Jaimee and the Red Team are not doing so well. Everyone is yelling at each other and people are waiting for their food. Some of spectators lose their patience and leave the line with nothing. Cutter gets called up to help serve and Daniel yells for him to go back to the grill. Jaimee is about to crumble under the pressure. She is about to cry. Gordon then sort of declares Elizabeth the leader by telling her the team needs a voice. Now Elizabeth takes control and things start moving.

The crowd seems split on which food is better. Joe talks to people and some like the Red burger and others like Blue. Eric Dickerson thinks the Red taco is bland but likes Blue.

In the final minutes it starts to rain but it doesn’t seem to have a real impact on anything. The rain does make it very dramatic when Gordon announces the winner of the challenge. The vote count is close, 49 percent to 51 percent. The 51 percent goes of course to the Red Team because that’s the team that you expected to lose. It’s getting very predictable. Blue Team is going into the pressure test.

Back in the MasterChef kitchen with the Red Team looking down from the balcony Courtney is offered the chance to save one person from the pressure test. Courtney thinks that the best thing about the team was her so, see ya later, losers. Courtney is going upstairs. This leaves Christian, Ahran, Leslie and Victoria for the pressure test. Not so fast. The judges can save one person, too. They can do whatever they want; they’re the judges. Because his burgers were so good they came in second, Christian is safe. All those eggs really paid off.

The challenge is prawns, the shellfish formerly known as shrimp. These prawns are still swimming. Each home cook gets a tank of live prawns that need to be prepared three ways. Ceviche, tempura and butterflied. One more thing. Only one will survive. Oh crap, two home cooks are going home tonight. As Joe puts it, “there’s no place to hide.”

Ahran is not looking good. She’s afraid of the live prawns and needs to handle them with a towel to kill them. Leslie is less cocky than usual in the pressure test. He thinks it’s anybody’s game. He’s definitely more comfortable than Ahran. When Graham checks in with Ahran she says that she is stressed and doesn’t know anything about ceviche. Gordon sees that Ahran is cracking under the pressure. She’s nearly in tears. He gives Ahran a pep talk about all she’s accomplished and tells her she can do this.

Time is up. Graham tastes the ceviche. Leslie’s is really good. It’s light on the seasoning of course but the texture and the acidity is right. Ahran’s has too much liquid. The prawns are almost pickled from the vinegar but Graham likes the use of the chili peppers. Victoria’s has too much liquid and the taste is overpowered by all the onions she used. Next, Joe tastes all of the tempura. Leslie’s is good. His batter is very light but the shrimp is cooked well. Ahran’s tempura is a little more golden than she would’ve liked. Joe says it tastes like tempura you’d get at a restaurant. Victoria’s batter looks white because the oil wasn’t as hot as it should have been. Joe says she cooked the shrimp better than the other two. It’s Gordon’s turn. Leslie’s butterflied shrimp are broiled with seasoned breadcrumbs. The shrimp are cooked and seasoned well but the breadcrumbs are soggy. Ahran nailed the shrimp but the breadcrumbs need salt. Victoria had seasoned her breadcrumbs but didn’t cook the shrimp. That’s got to mean Victoria is going home. It doesn’t look great for Ahran either. The judges go off to discuss who gets to stay.

Who’s it going to be? Victoria is bounced right away. You don’t serve raw food this late in the game in a pressure test and get to stay. It’s down to Leslie and Ahran. They used to hate each other but overcame their differences and get along well. They are both very emotional and crying. They both say nice things about their time on MasterChef. One of them has to go and it’s Ahran. Leslie doesn’t even celebrate his victory. The judges hug Ahran goodbye and ask her who she thinks is going to win. Ahran replies “Leslie.” No, I’m not crying. I just had to rub my eye. 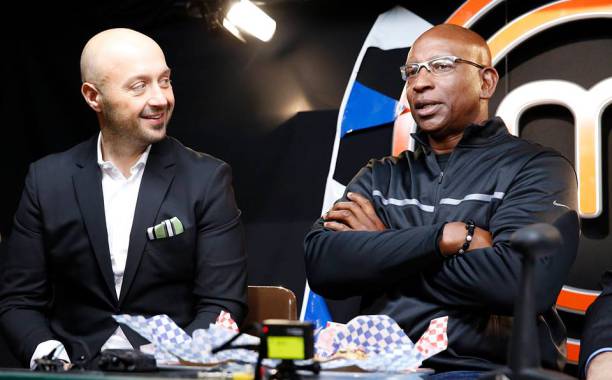