When we think of something “going viral,” usually the first association is videos of pandas sneezing and clicky BuzzFeed listicles, not office management software. But a program called Slack is sweeping through media and tech companies, mostly because people who leave Hipchat and Gmail to try it out become major converts, and can barely shut up about it.

In only one year, Slack has become the go-to for teams at the Wall Street Journal, Airbnb, HBO, eBay, Gawker Media, Medium, BuzzFeed, PayPal, and dozens of other companies that are just as impressive.

At its heart, Slack is just an office management program: a big chat room with multiple rooms and channels that can integrate with apps like Google Docs and Dropbox. But out of the dozens of startups that want to kill in-office email, Slack is the one that people take most seriously.

The giddy excitement over Slack is one of the strangest things about it. It’s not that different in basic function from something like Hipchat or Flowdock, but you don’t hear anyone saying that they’re “addicted” to Flowdock. Slack is essentially a chat room that integrates with things like Google Docs, Dropbox and Twitter. It’s like a co-working space: everything you need in one place, so you never want to leave. (Screengrab via Sandwich Video)

Stewart Butterfield, creator of Slack, and formerly Flickr, told Betabeat that it’s simply little design elemets that bridge the gap between being just useful, and being something people are crazy about using. A great comparison, he said, would be like the Blackberry and the iPhone back in 2008.

“Superficially, those two things were very similar if you compare a big list of features,” Mr. Butterfield said. “But there’s something about the design, and other little bits of thoughtfulness along the way.”

Comparing an app to the iPhone of your space is grandiose, sure. But as is the case with the latest Apple anything, Slack’s focus on sleek design and ease of use isn’t just earning converts, it’s getting people to rave publicly.

In fact, Slack’s advocates are the only thing driving Slack’s incredible growth. Slack hasn’t spent a dime on advertising so far — its meteoric growth has come exclusively from word of mouth, and mostly on Twitter.

An update to https://t.co/3w2FaOtoqu shows why it's sometimes hard for us to keep up. Thanks for spreading the word! pic.twitter.com/hDrFIKCajt

This kind of app is particularly hard to convince people to take on. It involves entire organizations of risk-averse employees to suddenly change everything about how they function day-to-day.

“Even if  only 75 percent of your team is using it, eventually nobody will use it,” Mr. Butterfield said. “So when we were designing it, we needed to make sure that the first minute would be enough to get them going.”

So far, it’s working. Besides the aforementioned heavyweights, Mr. Butterfield just received a help ticket from a team at the New York Times, along with smaller teams at other household names. Smaller in-crowds are typically where the fire starts before sweeping through the rest of the organization.

It’s not so strange that tech companies and news organizations are the first to adapt. They’re both white collar industries that are design-focused, have embraced remote working, and demand borderline unhealthy after-hours commitments.

But other industries are catching on. Mr. Butterfield is starting to see Slack creep into academic organizations, and there’s a team at Mount Sinai hospital who have enthusiastically crossed over.  It’s only a matter of time before Slack starts eating up the management structures of fields outside of the inner circles of the echo-chamber of tech and news.

“Obviously this is what we wanted,” Mr. Butterfield said, “but it’s surprising it actually happened.” 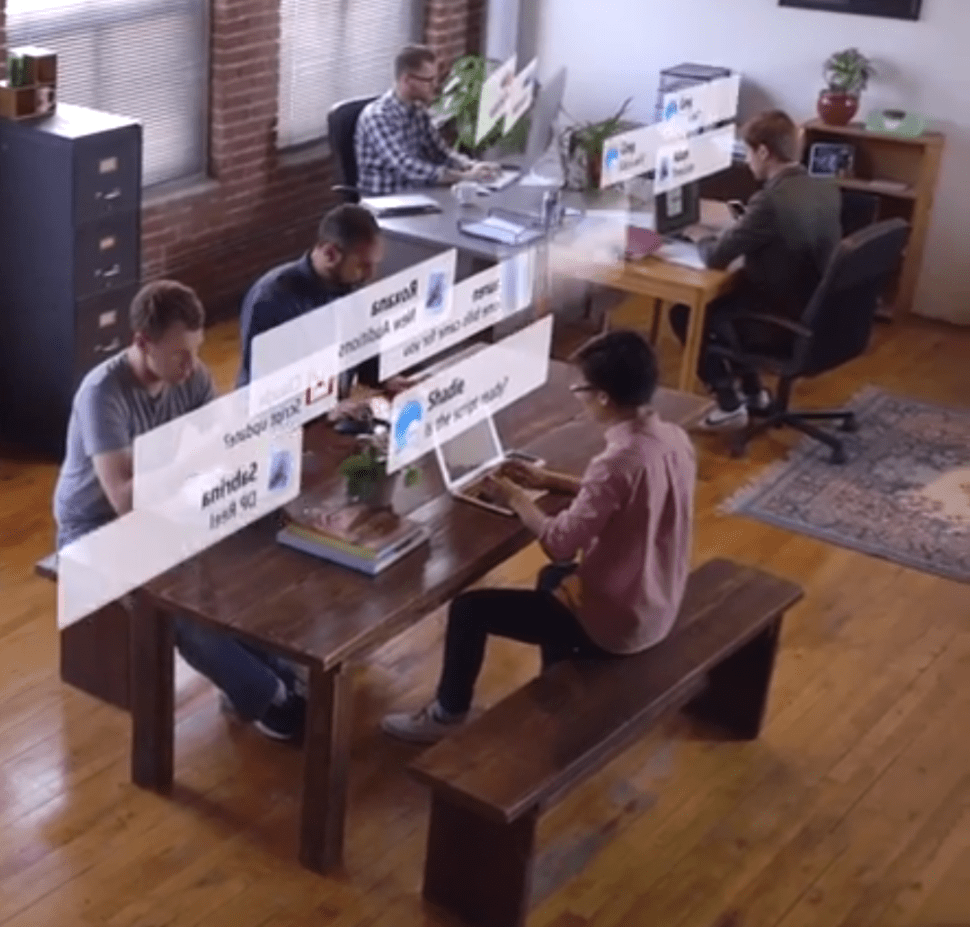