Newspaper chain Gannett, which owns USA Today, announced that it will split its company and  spin-off its publishing business. Gannett is the latest business to separate its lucrative non-print business from its less lucrative print division. News Corp and Time Warner have also spun-off their print divisions in the past year. Gannett also announced that it will spend $1.8 billion to buy the 73 percent of Cars.com that it doesn’t already own. (The New York Times)

“Never before has there been such a pure opportunity for newsprint lovers to invest their life savings in such a wide array of pure print newspaper offerings. Buy now, and collect ’em all,” Gawker’s Hamilton Nolan writes of the spinoff. (Gawker)

A CNN foreign correspondent got really drunk and bit the EMTs who tried to help her and now the EMTs are suing. (Page Six/New York Post)

Al Jazeera America is advertising its coverage of the Gaza conflict on TV, and the ad, like everything related to the conflict, is controversial. (New York Post)

Mike Nizza is leaving Esquire for Bloomberg’s new politics site, where he will be executive editor. (Capital New York) 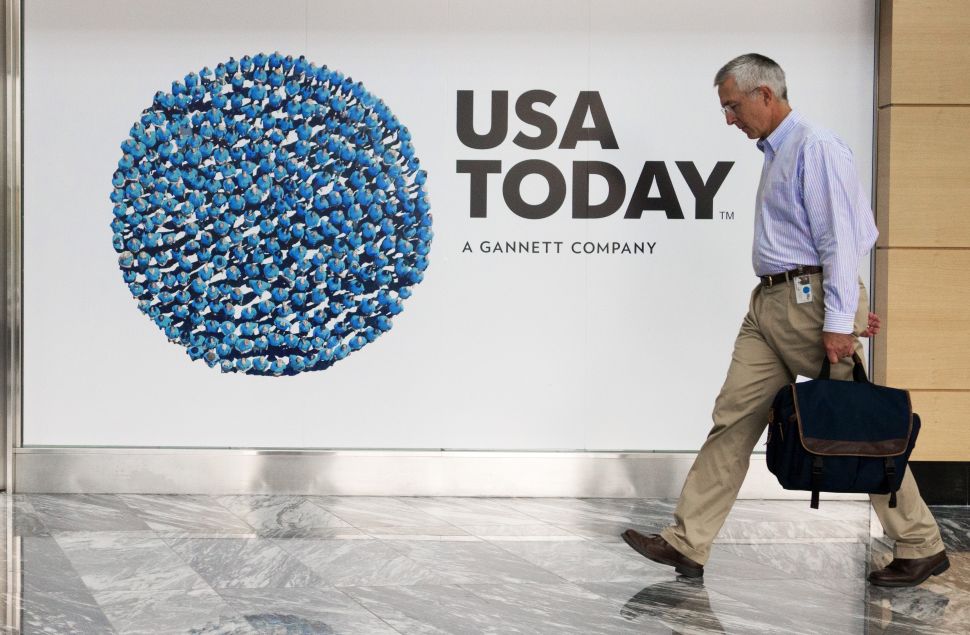