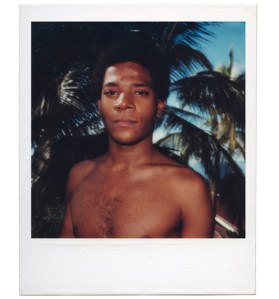 Basquiat’s ex-girlfriend opens up about the artist and shares Polaroids of the two of them. [WSJ]

Watch out! Dollhouses are getting hot in the art world. [NYT]

The Bronx Museum is talking with curators in Cuba to plan an Havana Biennial in 2015. [The Art Newspaper]

On the Edinburgh Festival Fringe, the legendary madhouse where “Cocktails arrived on trays to tempt anyone who had flirted with the idea of sobriety.” [Artforum]

For those keeping score: Sotheby’s sales up 24% in first half of 2014. [Art Market Monitor]

Chief executive and director of the embattled Delaware Art Museum, Michael Miller, speaks on his favorite art: “‘Jeez. I never thought about that. Well, I actually like Picasso, but we don’t have any Picassos.'” [NYT]