Another dispatch from the courtroom battle for the Corcoran: “No one spoke for the art.” [WSJ]

British artist Jake Chapman, one half of the Chapman Brothers, says children can’t really appreciate Rothko paintings, so it’s best to not drag them to art museums. [The Independent]

Damien Hirst is planning to build a town. [The Art Newspaper]

Watch this video about “Rockaway!” and the MoMA PS1-sponsored exhibition at the Rockaway Beach Surf Club. It’s produced in part by the Honolulu Biennial, so, warning: lots of Ukulele. [Vimeo]

A street art mural in Chicago depicting that city’s rampant gun violence has been whitewashed. [Artforum]

Though it doesn’t have a $14 million Anish Kapoor statue like the Dallas Cowboys’ AT&T Stadium, the San Francisco 49ers have unveiled their own impressive art collection at Levi’s Stadium. [The Sacramento Bee]

On Ram V. Sutar, the 89-year old artist who has made over 200 different sculptures. [NYT]

How independence could influence Scotland’s art culture. [The Art Newspaper]

A new book shows the ties between art and science. [NYT] 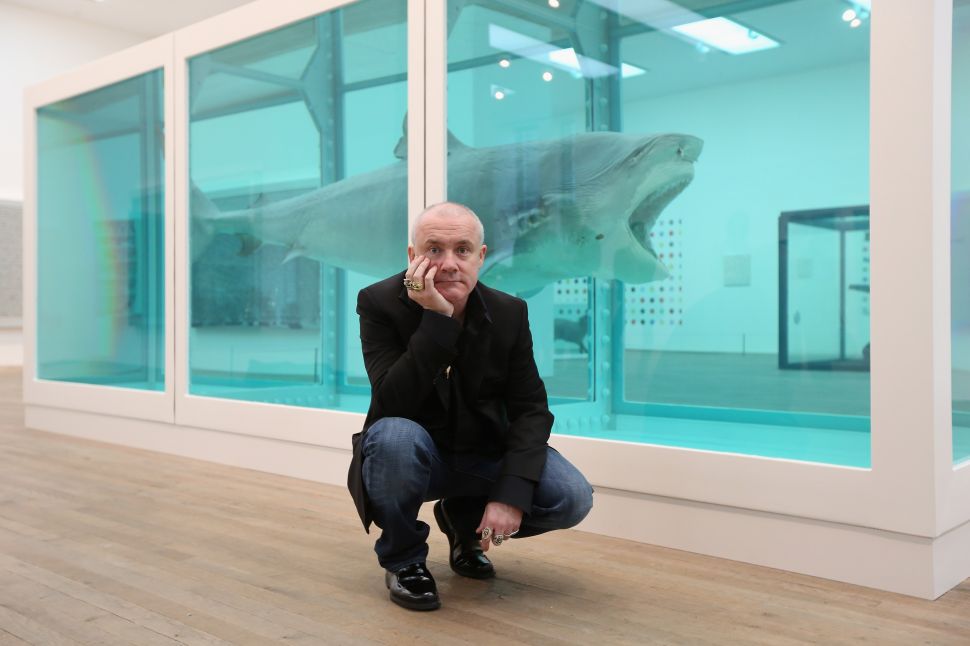