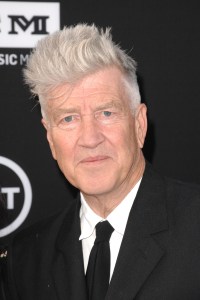 Artist and filmmaker David Lynch did the ALS Ice Bucket Challenge. He played the trumpet, dumped some of his beloved coffee on his head for good measure, and nominated Vladimir Putin. [Slate]

Before summer ends, let’s check out the scene out in Fire Island, where “over the past four years, programs such as the Fire Island Artist Residency (FIAR), the New York Performance Artists Collective (NYPAC), and BOFFO have built a flamboyant infrastructure for creative types.” It’s also where, as one local resident exclaims, “‘A burning post-blowjob cigarette might wipe out the Meat Rack!’” [Artforum]

After Aurélie Filippetti resigned from her post as culture minister of France, the prime minister, Manuel Valls, has announced a successor: the Korea-born Fleur Pellerin. [Le Monde via artnet]

“Sotheby’s has taken an aggressive financial position ahead of the next major sales seasons in London in October and New York in November. The company has doubled the ‘maximum permissible amount of net outstanding auction guarantees’ from $300m to $600m, according to an SEC filing on 25 August.” [The Art Newspaper]

As a part of the Folkestone Triennial, German artist Michael Sailstorfer has buried 30 gold bars on the beach. The installation is called Folkestone Digs, and if you find one of the gold bars, you can keep it. [The Guardian]