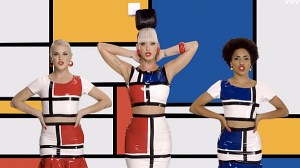 “When the auction ended at 5 p.m. on July 24, the estimates and final bids vanished from the site.” A look at the transparency protocols of online auction sites. [Bloomberg]

And then the real-life auction houses are not-so-secretly wooing Chinese collectors over fancy dinners in New York. [WSJ]

Kenny Scharf is asking that you bring your automobile to Montauk so he can turn it into one of his “karbomb” pieces. [Page Six]

Holland Cotter on “New Hells:” “The show is a maze of inscrutable references but has nicely sticky visual texture that keeps us looking even when we’re not sure what’s going on.” [NYT]

And Roberta Smith on “Paint and Styrofoam:” “The artist Tom Friedman tends to blow our minds and then move on.” [NYT]

Amid the flurry of parties surrounding the opening of the new Aspen Art Museum, Cai Guo-Qiang will unveil a work called Black Lighting, which will explode over a mountain in the ski town. [The Art Newspaper]

Klaus Biesenbach threw a garden party at his Rockaway Beach manse for the fourth issue of Out of Order magazine, a fashion publication run by recent Yale graduate Dorian Grinspan. [Page Six]

“The story of the original and greatest art fund.” [The Art Newspaper]

New works at the Met. [NYT]