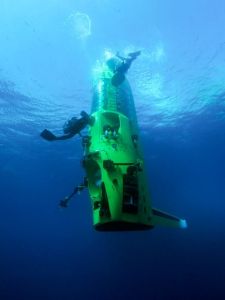 Marian Goodman discusses her life, at length, with her expansive new gallery on the cusp of opening in London. [WSJ]

Holland Cotter on memory: “As a critic, I’m partly a research analyst, comparing and evaluating new data. But I’m also a curator of my memory, which carries traces of art encounters from over the years.” [NYT]

Stephanie Rosenthal to direct the Sydney Biennale in 2016. [ArtReview]

The extensive restoration of the Fitzwilliam Museum in Cambridge is now complete. [The Art Newspaper]

There will reportedly be a €5.8m Pompidou satellite popping up north of Paris. [The Art Newspaper]

James Cameron has brought one of his expensive underwater playthings, DEEPSEA CHALLENGER, to the American Museum of Natural History. [Time Out New York]

Picasso’s ceramic studio is in desperate need of repair. [The Art Newspaper]
An artwork by Carlos Cruz-Diez in France was destroyed “by mistake.” [Art Market Monitor]

“Royal Geographical Paintings may not go to Australian magnate after all.” [The Art Newspaper]