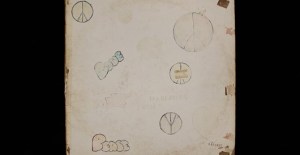 Studies show that—despite the rapid appreciation in value of works by Lucien Smith, Oscar Muillo, Israel Lund, Alex Israel and others, and the fact that dealers are selling these works months after purchase and barely a year after their creation for up to ten times what they were once worth—the art market is no more flipping-crazed than it was in the 1990s. [NYT]

Here’s a first look at the works in “Miracle Paintings,” Dan Colen’s first show at Gagosian since “Poetry,” in 2010, which The New York Times referred to as “monumental obscene gestures of the adolescent kind, numbing, boring feats of nose-thumbing.” [WSJ]

Inside the quirky-sounding Mobile Biennale, held in Craiova, Romania. [Artforum]

The Max Liebermann painting found in the trove of artwork hoarded by Cornelius Gurlitt, whose father was an art dealer for the Nazis, was indeed taken from its original Jewish owner during the war, experts have concluded. [NYT]

The artist Rutherford Chang is bringing an installation that consists of over 1000 first-pressings of The Beatles’ double album The Beatles—better known as the White Album—to their home, Liverpool. Helter Skelter! [BBC News]