Coming to a bus near you soon.

The MTA will expand its popular Poetry in Motion program—which has placed placards bearing poems on train cars since 1992, with a four-year hiatus between 2008 and 2012—to buses, the Observer has learned.

In an interview, Arts in Transit director Sandra Bloodworth told the Observer that the program would use the same poetry and art pairings as on subway trains and that their placement would be determined by “space we can capture that’s not sold [for advertising].”

The final details are still being worked out, including on how many lines the poetry placards will appear and when—the posters, which feature a total of eight poems per year changed out roughly on a quarterly basis, are placed on train cars with MTA messaging—but MTA spokesperson Amanda Kwan confirmed that they will be making their debut, most likely soon.

“The posters are being approved now,” Ms. Kwan said. “It wouldn’t be surprising if it comes out in the next few weeks; they might want to coordinate it with some other bus improvements that we are rolling out.”

Among the changes are the addition of several new lines—the M12, which will run up the far west side from the West Village to Columbus Circle, the X21 Super Express to Staten Island from Manhattan and the Q114 limited, which will replace the Q113 in Jamaica Queens as an express line to complement the Q111.

The MTA also plans to open a new bus terminal at the Gateway Center II mall in Spring Creek Brooklyn and extend several other lines. The changes will debut either August 31 or September 2.

The MTA debuted the Poetry in Motion program in conjunction with the Poetry Society of America in 1992; its widespread popularity was underlined by the howls of outrage from straphangers when the program was replaced by the “train of thought” series in 2008. In 2012, the program returned, moving from the supervision from the supervision of the MTA’s marketing department to the Arts in Transit program. 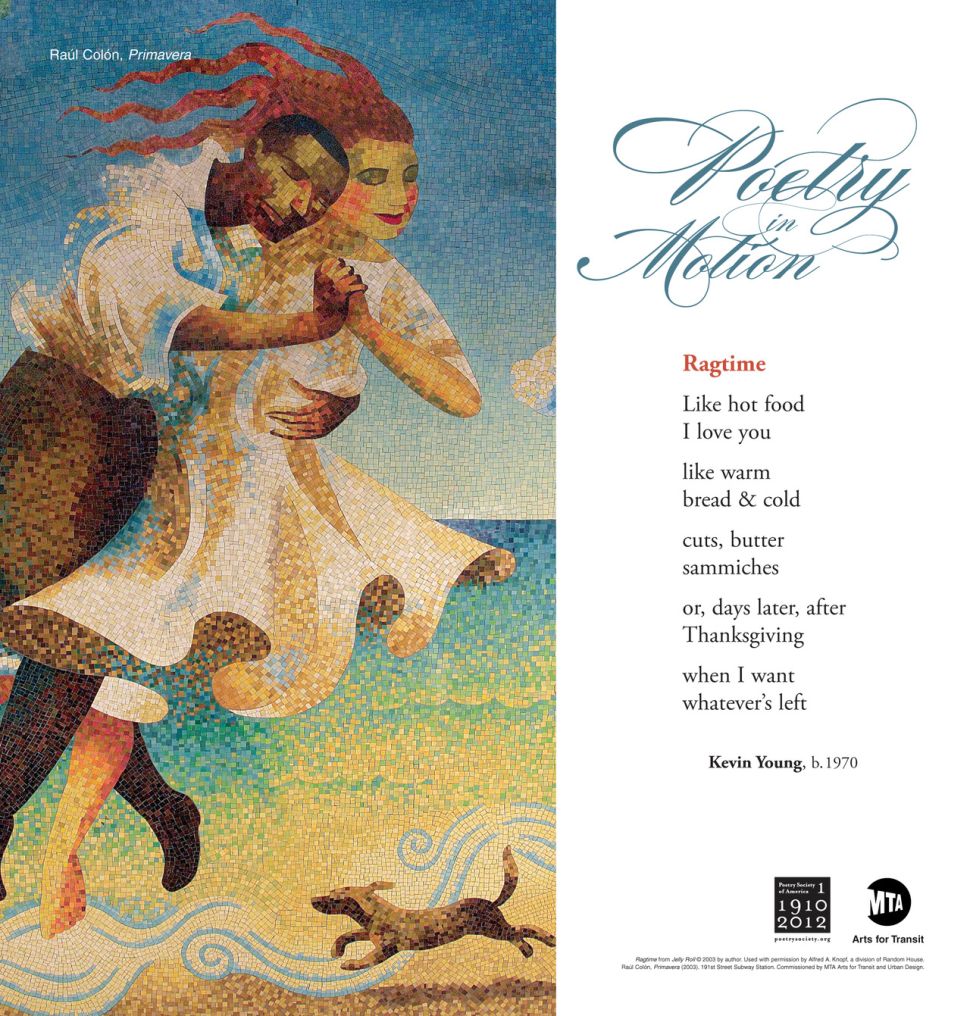