Through the course of Israel’s third war in Gaza since it withdrew fully in 2005 I have had to publicly respond to a number of friends and acquaintances who committed themselves to the ranks of Israel’s most rabid haters. This is especially true of those who joined the global blood libel chorus falsely and poisonously accusing Israel of genocide. I have to defend Israel and the Jewish people against the depraved charge of mass murder, because I heard the cry of those who perished in the seven real genocides in the 100 years since the First World War whose anniversary was commemorated this week.

When I read of Javier Bardem and Penélope Cruz’s obscene charge of an Israeli genocide, I thought of the screaming and wailing I witnessed this past April in Rwanda when I spoke at the Amohoro National Stadium in Kigali to an audience filled with tens of thousands of survivors. I recalled the woman I had visited who told me she had not allowed a man to touch her in the twenty years since the Hutus came to her home, smashed the skulls of her children against walls, and gang-raped her. In Rwanda 300 people died every hour for four months, totaling nearly one million people. In reading my friend Naomi Wolf’s well-publicized libel on her Facebook page of a Palestinian holocaust in Gaza – “I am mourning genocide in Gaza” – I saw the pain on the luminous and beautiful countenance of my dear friend, mentor, and hero Elie Wiesel, who was sixteen at Auschwitz where ten thousand Jews were gassed each day.

When I heard of arch anti-Semite and destroyer of Turkish democracy Recep Tayyip Erdogan claim that Israel’s “barbarism has surpassed even Hitler’s,” I recollected the 1.5 million innocent Armenians liquidated by the Ottoman Turks during the First World War. I thought of Erdogan’s despicable attempts to criminalize any acknowledgement of the Armenian genocide and of Elie Wiesel’s powerful argument that Turkey’s century-old campaign to deny the Armenian genocide amounts to a double murder, seeking as it does to also destroy the memory of the victims.

Genocide is the organized mass murder of a people, nation, or ethnicity for the specific purpose of terminating their group existence. Applying it to Israel’s war against the bloodthirsty terrorists of Hamas constitutes the single greatest blood libel of modern times.

The Nazis did not bomb Jewish fighters who had launched a terror war against innocent Germans. Rather, they shoved Jews on to cattle cars with no food or to deport them to gas chambers where they murdered six million, including 1.5 million children.

The Hutu Interahamwe militias in Rwanda did not attack murderous Tutsis who were tunneling under their villages to emerge from the earth and slit their throats. Rather, they came in a frenzy into Tutsi homes where they hacked whole families to death. There were so many dead bodies of murdered Tutsis discarded into the Kagera river that they served as a natural dam to the flowing waters.

The Khmer Rouge did not launch a military campaign against violent Cambodians who wrote a charter of annihilation against the communists, but rather subjected 2.5 million people to death by mass execution, forced relocation, and malnutrition.

The Serbs did not bomb Srebrenica because Bosnian Muslims sent out an army of suicide bombers against their buses and coffee shops, but because they sought their indiscriminate and total annihilation.
How dare the haters of Israel belittle and trivialize the deaths of perhaps 12 million people murdered in 20th century genocides by comparing it to the IDF’s warnings to the Palestinian population to stay away from areas from which murderous rockets are being launched by Hamas terrorists.

Elie Wiesel and I were so disgusted by these false allegations of genocide against Israel that together we took out ten full pages ads in America’s leading publications – including The New York Times, The Wall Street Journal, The Chicago Tribune, USA Today, The Miami Herald, The Los Angeles Times, The Washington Post and this paper– to lay the blame for any tragic and unintended loss of civilian life squarely at the feet of Hamas, which barbarically uses children as human shields.

Elie Wiesel’s headline, “The Jews Rejected Child Sacrifice 3500 Years Ago. Now It’s Hamas’ Turn,” captured how Hamas leaders had gone to the airwaves to call upon Palestinian children to use “their chests and bodies” in not evacuating the schools, hospitals, and homes from which Hamas was firing rockets.

Our purpose in the ads was to bring one of the great moral voices of our time to call for an end to the real genocidal aspirations of Hamas, whose charter says, “Israel will exist until Islam will obliterate it” and “The stones and trees will say ‘Oh Muslims, oh Abdulla, there is a Jew behind me, come and kill him.”

Not only is it unreasonable to ask Israel not to defend itself against rockets, it is also deeply immoral. If Israel did not resist the terrorists of Hamas, it would be guilty of contempt for the lives of its own citizens.

Israel is a culture of life while Hamas is a gay-murdering, women honor killing, deeply misogynistic, stone-age, barbaric, terrorist death cult, dedicated to genocide. Hamas is an affront to peace-loving Muslims everywhere who should join in its condemnation. Many already have – that’s why they’ve been silent and declined to join in the condemnation of Israel.

So I have to ask my friend Naomi Wolf, if Israel wants a genocide against the Palestinians, why does it allow 1.5 million Israeli Arab citizens to live with more freedom than Arabs anywhere in the Middle East? And why is it not bombing Palestinians in the West Bank?

If Israel seeks a genocide why did it withdraw fully from Gaza in 2005? And why doesn’t Israel just carpet bomb Gaza? After all, it’s what the British and we Americans did to Germany and Japan when they fired rockets against London and other British cities. Churchill’s response was Hamburg and Dresden, both flattened to the ground. Roosevelt and Truman’s response was Berlin, Tokyo, Hiroshima, and Nagasaki, which were utterly pulverized.

Indeed, why doesn’t Israel just nuke Gaza? Who has ever heard of a genocidal power that uses text messages, phone calls, leaflets, and other alarms to warn civilians to leave buildings being used by Hamas to fire rockets?

Only Israel does so, because it is a righteous and just democracy that believes that one holocaust was quite enough.

When it comes to genocide ‘Never Again’ must finally mean just that.

Shmuley Boteach, “America’s Rabbi” whom The Washington Post calls “the most famous Rabbi in America,” is the founder of This World: The Values Network. Follow him on Twitter @RabbiShmuley. 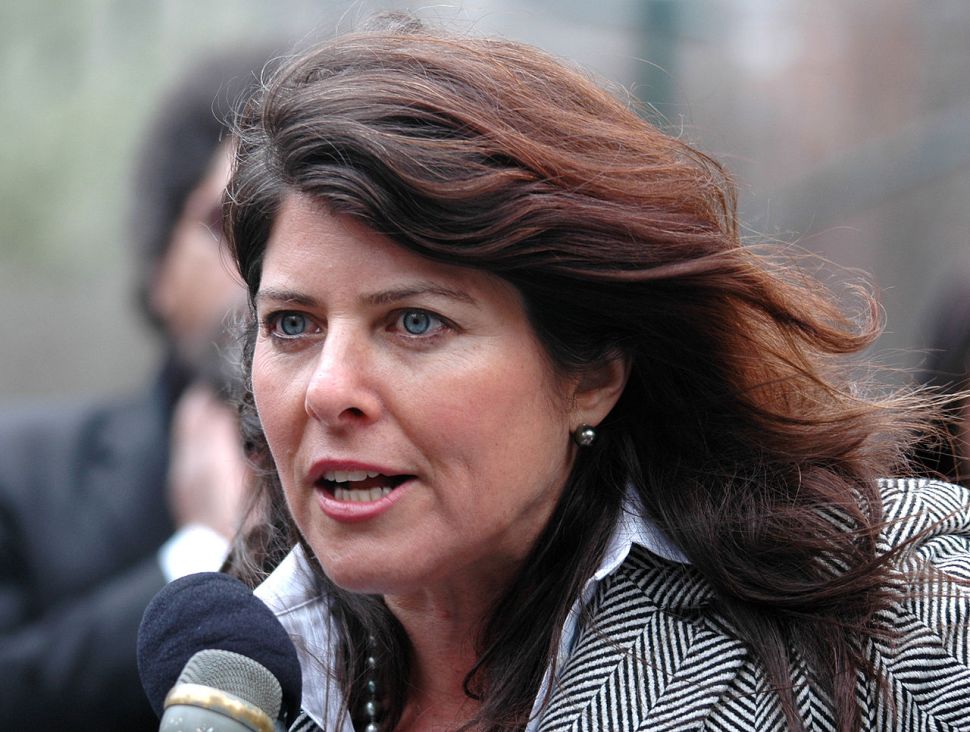